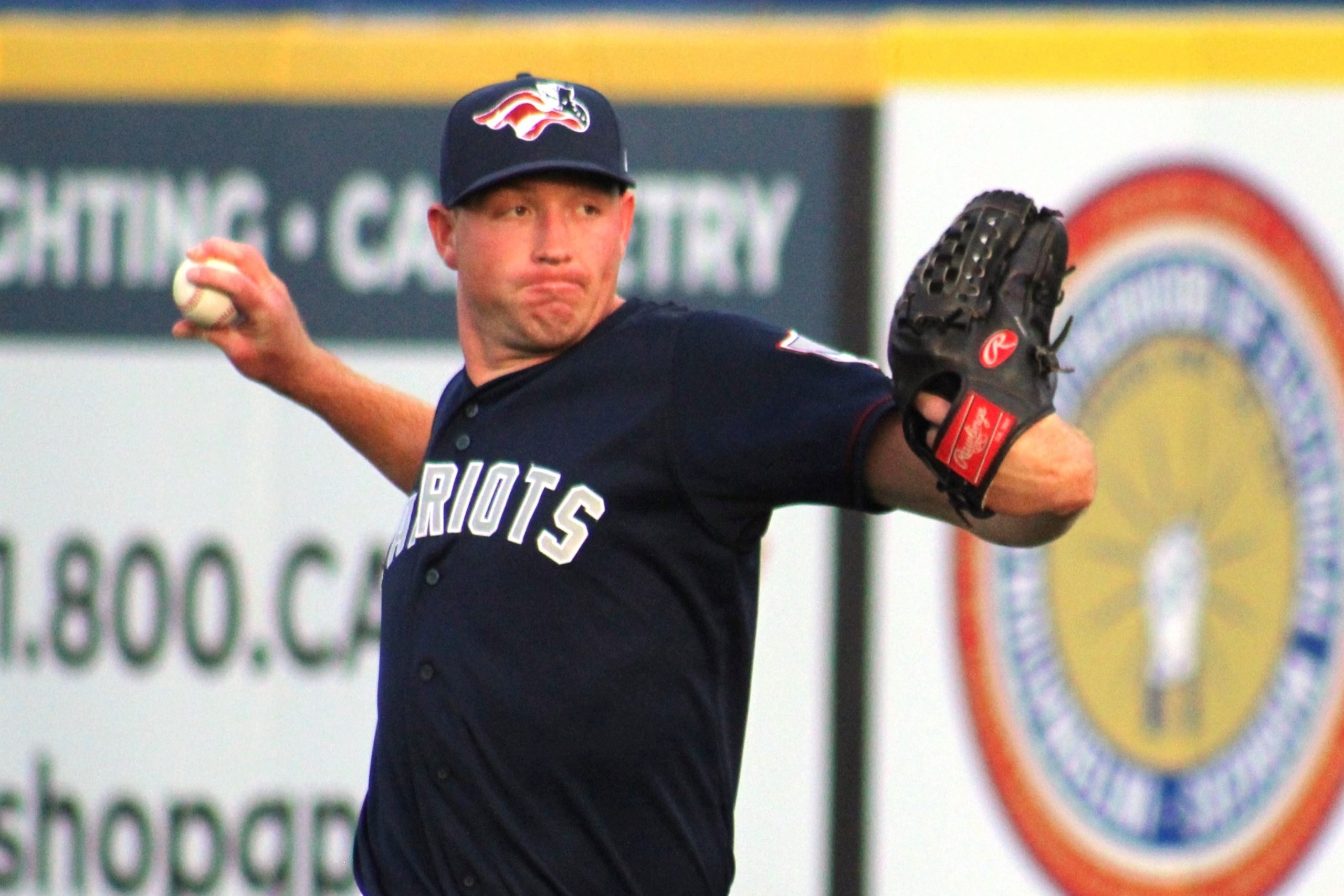 The pretty cool thing about going to a ballpark to catch a baseball game is that you have no idea what you may see on a given night. After covering the Yankees system for a decade now, I have seen no-hitters, three-homer games, lengthy scoreless streaks, etc. At this stage in my career, I don’t really show up to the yard expecting to be surprised or completely enamored by a moment. Most nights become forgettable, but as year ten for me on this beat winds down, Thursday night brought forth the most dominant pitching performance I have ever seen in person, courtesy of Patriots hurler Matt Sauer.

Just six days ago, Sauer set a career-high for strikeouts in a game with 11 against Bowie. It was apparent in the early going that he once again had his Grade A stuff and that his newly minted record stood little chance of standing by the time he hit the showers. The 23-year-old right-hander, who is slated to be Rule V eligible this winter, fanned eight of the first nine batters that came to the plate for New Hampshire, including seven in a row at one point. Sauer would go on to fan a career-high 17 batters in a career best eight innings of work in what ultimately was a tough 4-3 extra innings defeat for Somerset.

‘Going into every game, you want to have the confidence that you can go out there and do that,” said Sauer. “I wouldn’t say that anything was different routine wise. I was just worried about going out there and dominating the zone. That is all I cared about the whole start.”

The 17 punchouts by Sauer are the most by any pitcher in MLB or MiLB this season and they set a new Patriots franchise record, which was previously 16 set by Ray Davis back in 2000 during their time as an independent franchise in the Atlantic League. 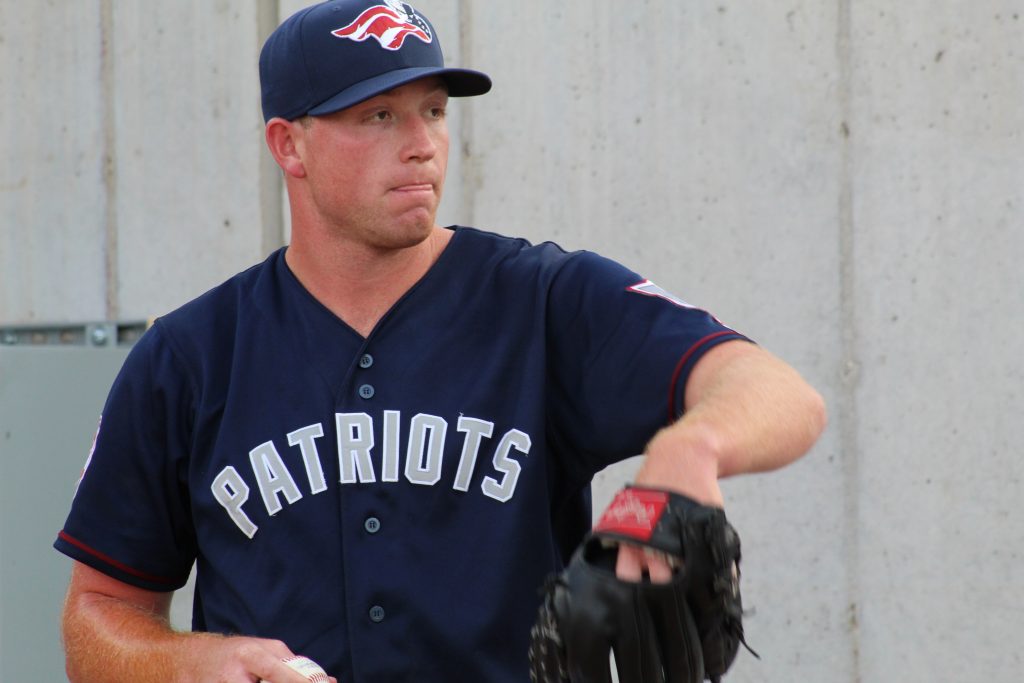 “There’s a point where you do start to lock it in,” explained Sauer. “I was kind of like, “Oh, okay, here we go” – then you kind of just hit a different stride out there. I was just really worried about dominating the zone tonight.”

Sauer cruised into the sixth inning carrying a perfect game before Fisher Cats first baseman Sebastian Espino greeted him with a first-pitch leadoff homer to centerfield to put New Hampshire on the board.

What makes the effort by Sauer so impressive is that fact that he even had the opportunity to accomplish it. Organizations have become extremely protective of their assets by capping and limiting pitch counts. In order to do what Sauer did, you have to be ultra-efficient with the proverbial bullets in your holster.

New Hampshire swung and missed at 22 of Sauer’s 95 pitches on the night, 75 of which went for strikes. Getting ahead early and often with his fastball and working off of his secondary pitches were key for him. 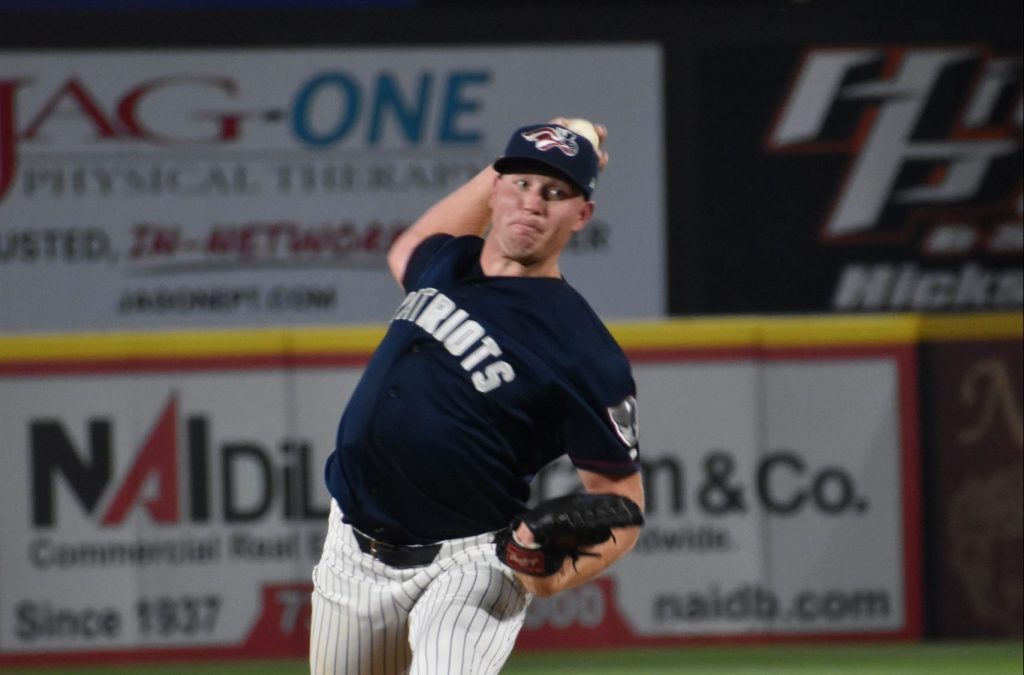 “I think just getting first pitch strikes sets up the rest of the AB,” said Sauer. “Being able to bridge from strike one to strike three was the best that I have executed all season. Just using fastballs in and throwing pitches off of that; just utilized all five pitches tonight.”

After a disastrous Double-A debut on August 13 when he yielded nine runs on nine hits, Sauer has since proven that first impression was just an aberration.  In his two starts since, the Yankees 2017 2nd round draft selection has allowed just three earned runs on seven hits while striking out 28 batters and walking just one.

“I really only look at that I have only had one walk in my last two starts,” said Sauer. “I don’t really care about the strikeouts; just limiting the walks has been really key for me and helping me do this out here.”