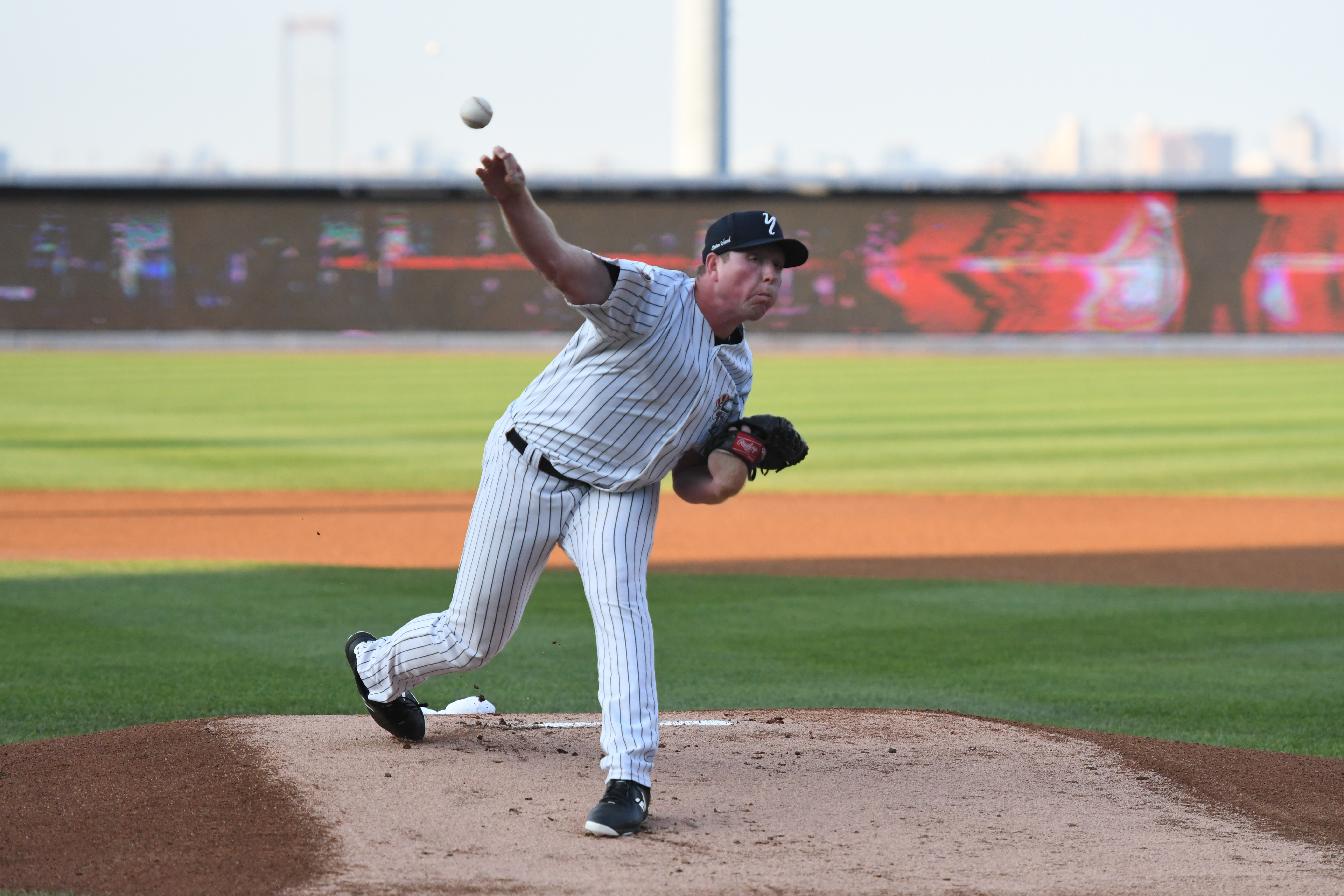 Matt Sauer (2-3, 3.70) got the start in this game. Sauer would pitch five innings, giving up nine hits, six runs (five earned), one walk, and struck out three batters, in the 7-5 loss. Sauer would sit 91-93MPH with his fastball, using that pitch mostly. He did complement it with a changeup. The fastball had a 2400RPM spin rate, while his ‘hard changeup’ was a 2100RPM spin rate.

Sauer was aggressive early, and got out of the first two innings on fourteen pitches. Beginning in the third inning, Sauer started to leave the ball up in the zone, which led to problems:

“I thought he came in, the first couple of innings, very aggressive with his fastball, and he was down and the zone and very effective,” said Staten Island Yankees Manager Lino Diaz. “As soon as he went up in the zone, he got hit a couple of times.”

The bullpen had more success in this game than did Starter Matt Sauer. Abel Duarte (4-1, 2.25) came in for Sauer in the sixth inning. Duarte had issues with command, which led to giving up a run in the seventh inning on a wild pitch. In his two innings, Duarte gave up two hits, one run (earned), walked two, and struck out two.

Aaron McGarity (0-0, 0.00) came in to finish the game, pitching the eighth and ninth innings. McGarity gave up only one hit in his relief appearance, also striking out two batters. Manager Lino Diaz was pleased with Aaron McGarity’s performance, acknowledging it can be difficult to pitch at your best when the team is behind:

“To be honest with you, that is a situation where you come to pitch, it might go south because it’s hard to get up amped up when you are behind in the game. I thought he did a nice job coming in and throwing strikes, and getting out of innings easily.”

In a night where the SI Yanks scored five runs, the offense was not able to get into a rhythm. The team did have chances, especially in the ninth inning, but were never able to make up for the early deficit.

The SI Yanks rallied in the ninth, scoring one run on a bases loaded no-out situation, making the score 7-5. The rally would not be enough, as Kyle Gray was forced out at third on an Andy Diaz fielder’s choice. The game ended on a Danienger Perez groundout double play.

Junior Soto had two hits (both singles), scoring a run, and driving in another. Jesus Bastidas also had two hits and scored one run.

The Staten Island Yankees bullpen was short-handed for this game, after the promotions of both Christian Morris (0-0, 0.92) and Chase Hodson (1-1, 2.93). Infielder Daniel Barrios was also promoted, leaving the team with one less position player. Staten Island Manager Lino Diaz projects that these players may return to the Ballpark at St. George:

“I think we are going to get some of those players back. It is just a matter of what happened with the trades, we had to send some guys out.”

The Staten Island Yankees will host the series finale against Aberdeen. The game is scheduled for 12pm. Juan De Paula (0-1, 1.73) will make the start. De Paula was originally scheduled to piggyback after Matt Sauer in this game, but was pushed back after the trade of Luis Rijo.