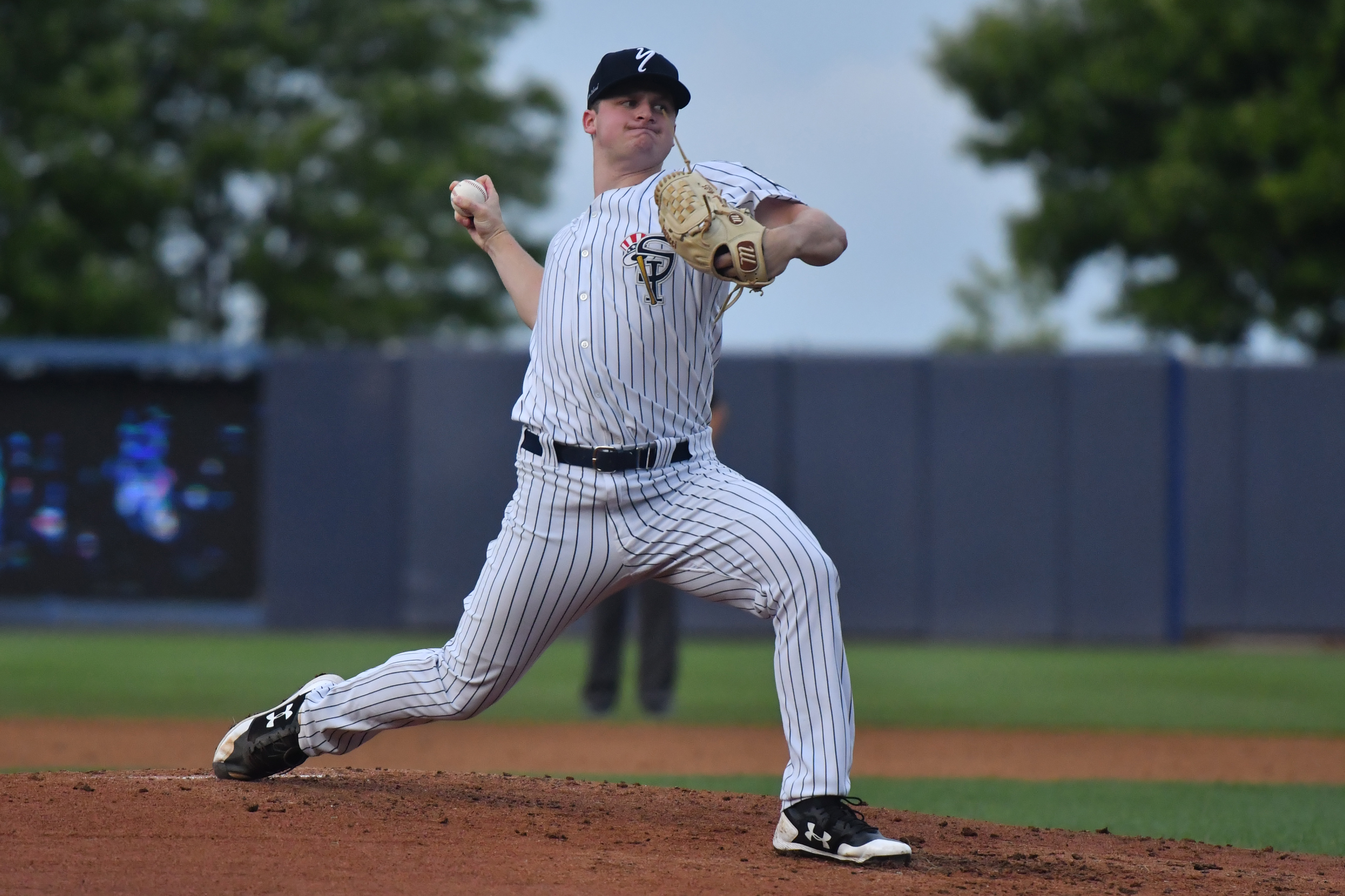 Clarke Schmidt (0-1, 2.25) pitched the opening game of a home series against the Aberdeen IronBirds. The 2017 New York Yankees first round pick is recently back in action, after undergoing Tommy John surgery during his 2017 college baseball season.

In this game, Schmidt pitched four innings, giving up one hit, one run (earned), striking out four, and walking two. The Right-handed pitcher would pick up the loss.

Schmidt used a four-pitch mix in this game (fastball, changeup, curveball, slider), sitting 90-92MPH with his fastball. Schmidt also was tracked as throwing his curveball at a 2600RPM spin rate and fastball at 2500RPM.

“I thought he was really good,” said Staten Island Yankees Manager Lino Diaz. “I saw some really good breaking balls, and a lot of movement in the zone. Saw a lot of good things to be honest with you.”

Schmidt would give up the first run of the game in the fourth inning. After getting into a bases loaded no-out situation, the SI Yanks would escape only giving up one run, on a sac fly to centerfield.

“In reality, he really didn’t have a tough time until the very last inning,” said Manager Lino Diaz. “The stuff is there. It was good to see him healthy.”

Harold Cortijo (3-0, 1.86) relieved Schmidt in the fifth inning. Cortijo would pitch five innings, giving up three hits, two runs (unearned), striking out five, and walking one.  Cortijo mostly used his fastball and curveball in this game. His fastball sat in the 91-93MPH.

Cortijo had the most difficultly in the eighth inning, giving up two runs in the inning. The first run came on a two-out single to center. Cortijo would give up another run when a comebacker went off his leg, and rolled into shallow right field.

The offense struggled in this game, picking up five hits (all singles). Both Junior Soto and Eric Wagaman had a pair of singles. Soto reached base a third time on an Interference call by the Aberdeen Catcher.

Clarke Schmidt was in control of this game. As his stamina grows, so will the number of innings he pitches. Schmidt’s fastball velocity will also improve as he gets stronger. Sitting in the low-90s in this game, his fastball velocity normally sits in the mid-90MPH range.

No SI Yanks player got past second base in this game (Eric Wagaman twice).

The promotion for this game was Chien-Ming Wang Day at the ballpark. Wang, a former Staten Island Yankees player, threw out the first pitch, and signed autographs.

Right-Handed Pitcher Luis Rijo was removed from the dugout in the first inning. Rijo and New York Yankees INF/OF Tyler Austin were traded to the Twins for Right-Handed Pitcher Lance Lynn. Across all levels this season, Rijo was (4-1, 2.77), making seven appearances over 39 innings, picking up thirty-two strikeouts, and a 1.15 WHIP.

Josh Breaux played the first five innings of this game, as he recovers from a hamstring injury.