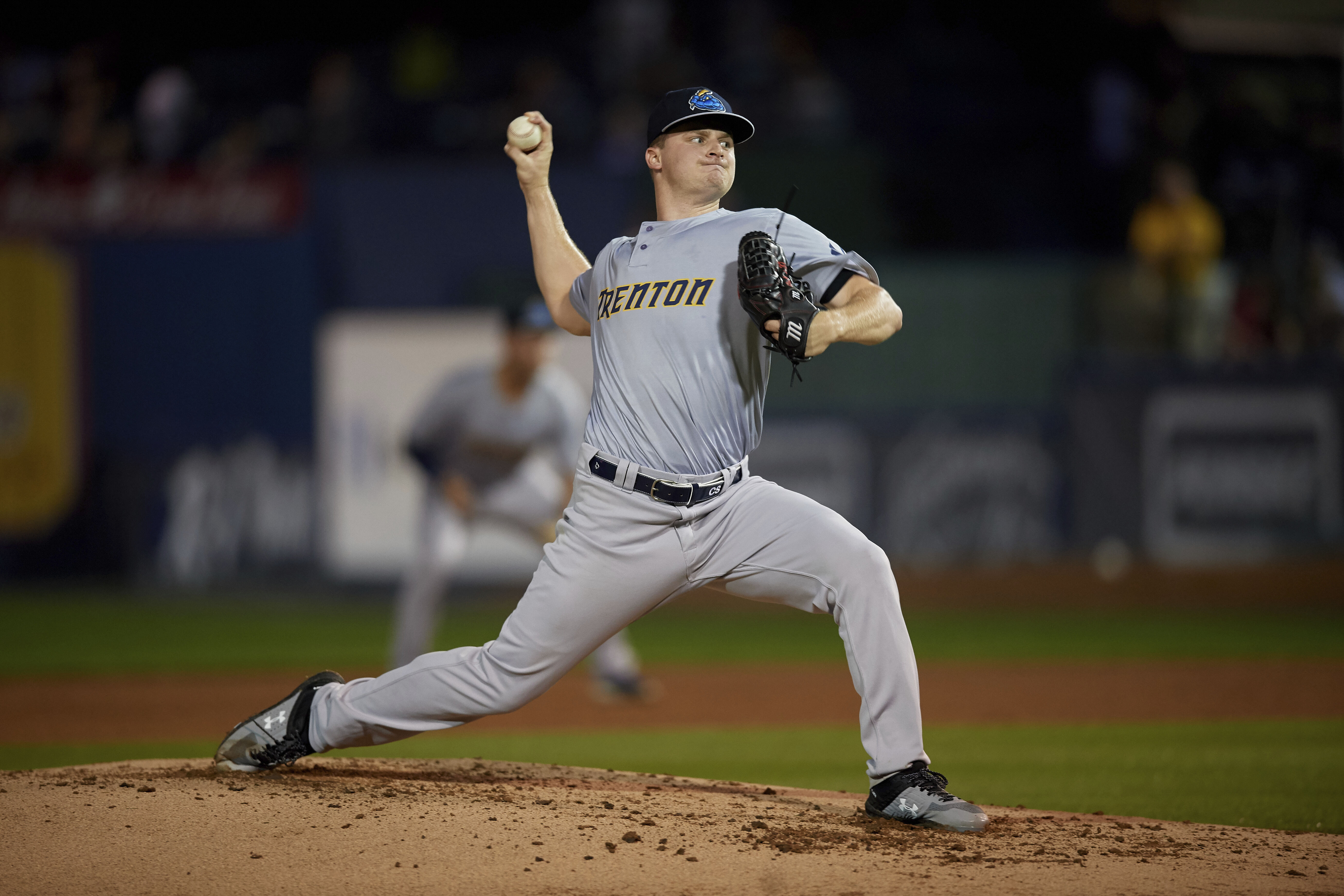 After the Thunder narrowly and somewhat controversially overcame Reading to win the first-half of the Eastern Division in the new Eastern League playoff format, the Fightin’s edged out the Thunder by three games to finish the regular season slate with the best overall record in the EL and a second-half division title to secure a playoff berth. The technicality that awarded Trenton the first-half title coupled with a few late scoring decisions that Reading did not agree with in their June 25 matchup at ARM & HAMMER Park that allowed Trenton to complete a no-hitter have provided plenty of fuel for a heated matchup heading into Wednesday nights playoff opener at FirstEnergy Stadium.

“I think after we won the first half there was a little bit of a lull,” Thunder Manager Pat Osborn said. “We didn’t play the best baseball, but we have worked ourselves out of it and finished the year really strong. I think that is good news going into the playoffs. In terms of having that edge and having that excitement, I think that is all going to return starting on Wednesday.”

Osborn added, “I think we are both so evenly matched. It is going to come down to who comes up with a big hit and who can make a big pitch in a big spot. They are a pretty complete team similar to us. They pitch really well, their starters and their bullpen are really good and their bullpen matches up really well against our lineup.”

Despite making just three starts at the Double-A level, Thunder Manager Pat Osborn believes that right-hander Clarke Schmidt is the perfect guy to take the ball for Trenton and matchup with Phillies top-pitching prospect Spencer Howard as they look to steal the opener in the best-of-five matchup against a potent Reading offense that lead the Eastern League in homers in 2019.

“He’s going to be well-rested just as their ace is going to be, but as long as he’s the Clarke Schmidt we’ve seen the last couple times out, we’re going to be in position to win a game.”

The Yankees 2017 first-round draft selection is pitching in his first full-season in pro-ball and he has flashed glimpses of why the organization believes he can be a linchpin to the big league rotation sooner rather than later.

Schmidt opened the season at High-A Tampa and went 4-5 with a 3.84 ERA in 12 starts (13 appearances) spanning 63 1/3 innings. Since being promoted to Trenton back on August 16, the 23-year old right hander has gone 2-0 with a 2.37 ERA in three starts and is working on a current 13 1/3 scoreless innings streak covering his last two starts, both against New Hampshire.

In his first start for Trenton, Reading tagged him for five runs on nine hits in 5.1 innings back on August 16 in Reading. The familiarity with the ballpark and lineup gives Schmidt a good baseline for his game plan heading into Wednesday’s start.

“As the game one starter, the goal is to go deep in the game and save the bullpen for the rest of the series,” Schmidt said. “Try to put up some zeroes and keep the team in it. It’s going to be a good atmosphere. They’ve got really good fans and it’s a tough park to pitch in. It’s going to be challenge and I’m looking forward to it.”

The two teams matched up in the regular season 14 games and Trenton took the season series, 8-6; half of those matchups were decided by two runs or less.

“There’s definitely going to be a lot more adrenaline for everybody,” Schmidt said. “They’re going to be aggressive, everybody is going to be swinging the stick trying to put runs early in the game. I’m going to try and limit the damage as much as I can in the early innings and then try to get on a roll and put up some consistent zeroes throughout the game.”

In their quest for their first championship since 2013 and fourth in franchise history, the Thunder will send right-hander Rony Garcia to the hill in game two in Reading on Thursday night and right-hander Miguel Yajure is slated to start game three when the series shifts to Trenton on Friday night.