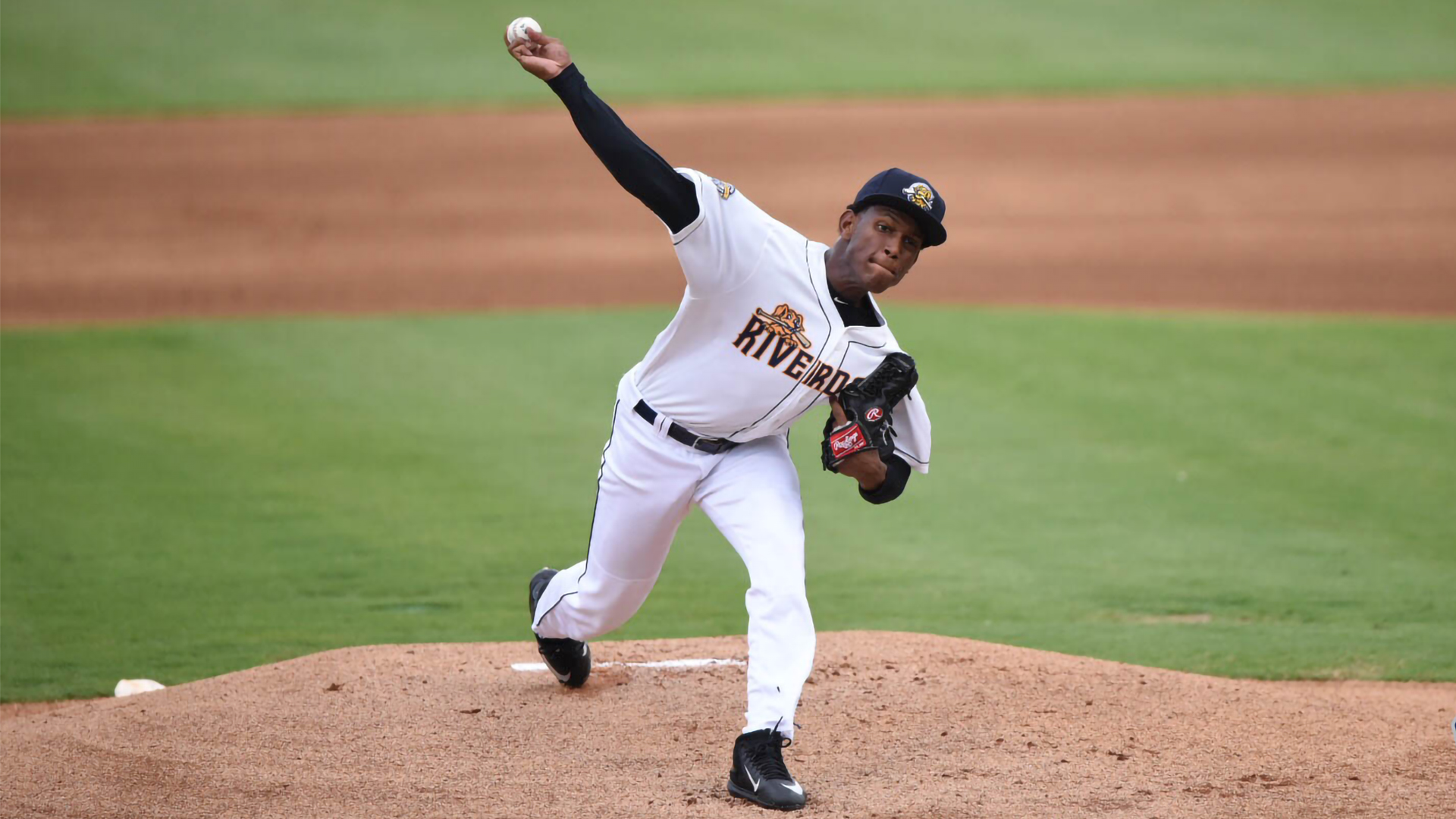 Background:
Roansy Contreras was signed by the Yankees as an international free agent on July 2, 2016, for $250,000 out of Yamasa, Dominican Republic.  At the time Contreras was ranked as the 25th best player in the free agent class by Baseball America and the third best pitcher.  At the time he was 16-years-old and throwing in the upper 80s-low 90s.

Arsenal:
Fastball – Contreras’ fastball as seen a velocity jump since playing professionally, while as an amateur he was mostly 88-90 mph, he has been sitting 92-94 mph for most of the 2018 season and has occasionally reached as high as 98 miles per hour on the radar gun.  His fastball shows some late life toward the glove side, and so far, this season he has shown good command and control of it.  As he matures, he still has the potential to add more velocity and be more consistent in the mid-90s. It is well on it’s way to becoming a plus pitch with more time and development.

Changeup – His changeup is still a work-in-progress but has shown flashes of plus potential.  He usually throws it in the 86-88 mph range with good fade.

Curveball – Contreras’ curveball is his best secondary pitch so far, though at times it does get confused for a slider at times.  The pitch moves 10-5 towards left-handed hitters and away from right-handers.  There are times where it Is moves more 9-4.  He is usually in the low-80s with the pitch, sitting 81-83 mph.

Overall:
Roansy Contreras has significantly improved as a pitcher since signing for the maximum amount the Yankees could sign an international free agent to in 2016.  He has an aggressive pitching style, attacking the strike zone with authority.  Contreras has shown the ability to locate his pitches and mix them effectively to keep hitters off balance.  Additionally, he is not afraid to work the inside portion of the plate against lefties and righties.

Contreras has demonstrated poise beyond his years on the mound as he does not allow anything to faze him while pitching.  He goes out there and handles himself with a maturity not usually found in 18-year-old pitching prospects.  When he exists an inning, he listens intently to the coaches and does what they say without question.  His ability to show trust in his catchers and coaches has served him well, paying off in starting the year with the Staten Island Yankees and again with the promotion to the RiverDogs.

Advertisement. Scroll to continue reading.
In this article:Roansy Contreras