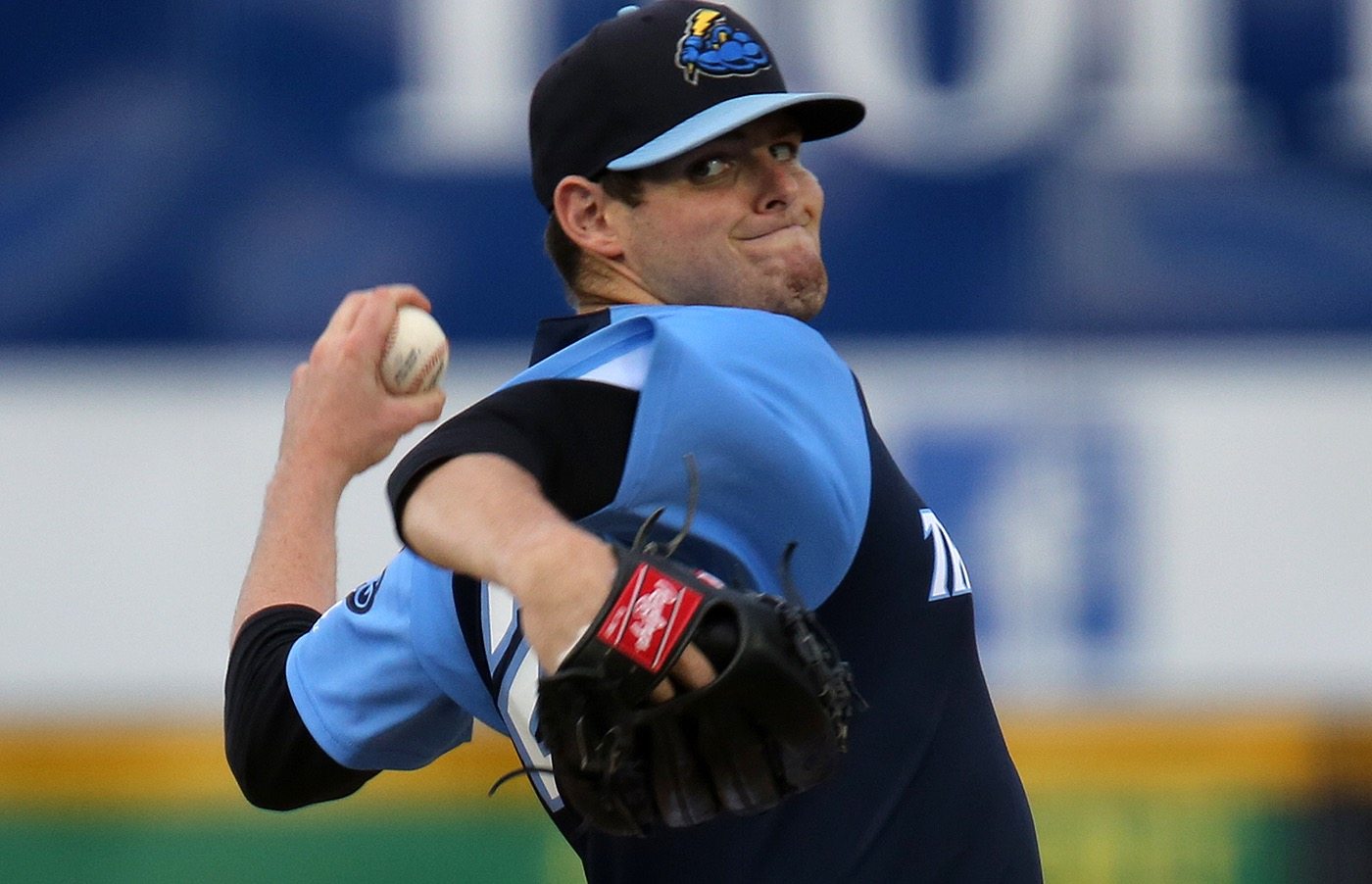 TRENTON, NJ – Tyler Mapes delivered a three-hit shutout for the Harrisburg Senators in a 1-0 victory over the Thunder on Wednesday night at ARM & HAMMER Park.

Mapes allowed just four baserunners on his way to his first career shutout and was matched by Jordan Montgomery nearly pitch-for-pitch. The shutout against the Thunder was the first since Caleb Clay blanked the Thunder as a member of the Harrisburg Senators on June 1, 2013. In that game, Clay allowed three hits, walked three, and stuck out nine.

Montgomery allowed a pair of doubles in the first inning to surrender the lone run in the game. Wilmer Difo and Neftali Soto recorded the extra base hits to take the 1-0 lead early in the game. From there, Montgomery got into a serious rhythm by striking out seven of eight batters across the second, third and fourth innings.

Billy Fleming, Tyler Wade, and Miguel Andujar recorded the lone hits in the game for the Thunder. Dustin Fowler saw his season-best 15 game on-base streak come to a close as he went 0-for-4 on Wednesday night.

Your Thunder will play the rubber match of their series on Thursday night at 7pm. RHP Chance Adams will start for the Thunder, RHP Lucas Giolito will go for Harrisburg. The first 2,000 fans, ages 18 and up, will receive Instant Scratch Lottery Tickets presented by the New Jersey Lottery. It’s also Thirsty Thursday and post-game fireworks! Tickets are available by phone at 609-394-3300 or online at TrentonThunder.com.