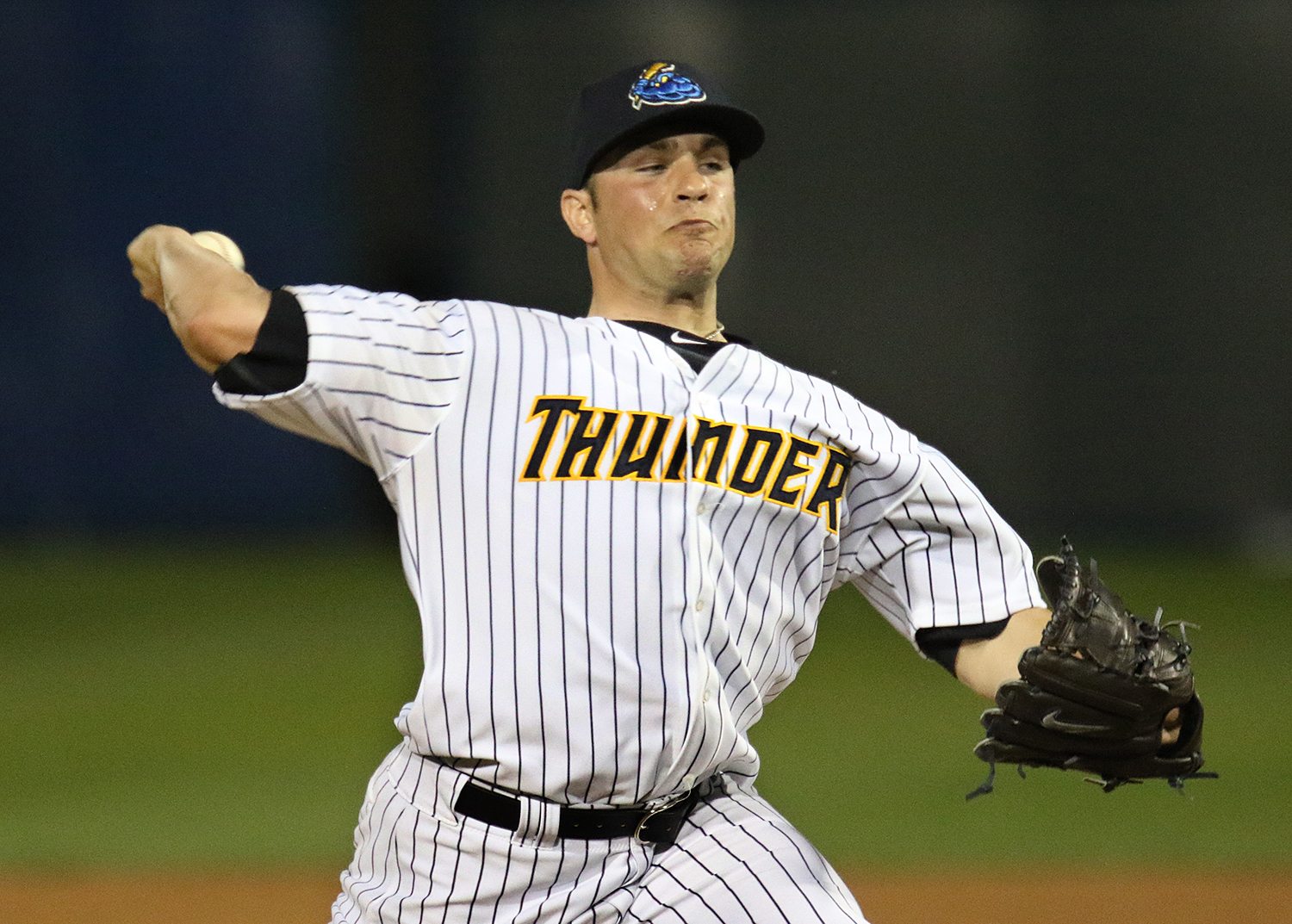 Take a look at the fourth of an eight-part series covering the New York Yankees September call-ups and off-season outlook.  Check out part one, part two, and part three.

Today’s topic covers the Yankees prospects who could be left unprotected for the Rule V Draft this December.

Tyler Webb: Webb was drafted by the Yankees in the 10th round of the 2013 First-Year Player Draft. He has pitched to a 3.78 ERA over 66.2 innings pitched this season for the Scranton/Wilkes-Barre RailRiders. The organization tried converting him to a starter mid-season, then sent him back to the bullpen after five turns through the rotation. Tyler has 76 strikeouts to 22 walks and opponents are hitting .242 against him. Webb has the potential to be a serviceable major league middle reliever or situational lefty shortly, however, he is not worthy of a 40 man roster spot as it stands now.

Jake Cave: Cave was left unprotected last year and was selected by the Cincinnati Reds. He was designated for assignment in April and returned to the Yankees organization. Since his return, Cave has hit .275/.340/.434 with seven home runs, nine triples, 23 doubles and 50 runs batted in. He can play all outfield positions and has the potential to be a fourth outfielder on a major league roster. This season will be just like last, as Cave will be free for the taking come December. Due to the Yankees outfield depth in the upper levels of the minor leagues, Cave is expendable.

Brady Lail: Lail is 6-5 with a 4.79 this season for the Scranton/Wilkes-Barre RailRiders. Over 22 starts, Brady has an opponent batting average of .269 and a WHIP of 1.29. The numbers are decent, but the Yankees cannot afford to use a 40 man roster spot on a player who does not have the upside and project-ability of the other guys who need to be protected in the organization this winter.

Giovanny Gallegos: If selected, this will be the toughest player to lose in the Rule V Draft. Giovanny will be a future major league reliever. He has an above average fastball coupled with an above average curveball. Gallegos has thrown 71.1 innings (39 games) with the Trenton Thunder and Scranton/Wilkes-Barre RailRiders this season. The 25-year-old owns a 6-2 record and a 1.39 ERA. Opponents are hitting just .189 off of him this season. Giovanny has struck out 94 batters and walked just 16.

Mark Montgomery: Montgomery has had an up and down career thus far pitching in the Yankees minor league system. Before sustaining a series of shoulder injuries, he looked to have a brilliant future in the Major Leagues. In his first two seasons, Montgomery drew comparisons to former Yankees relief pitcher David Robertson. After obtaining the injuries, he has lost 5+ miles off of his fastball velocity along with decreased control. His stock has unfortunately diminished to the point to where he is expendable if claimed by another team.