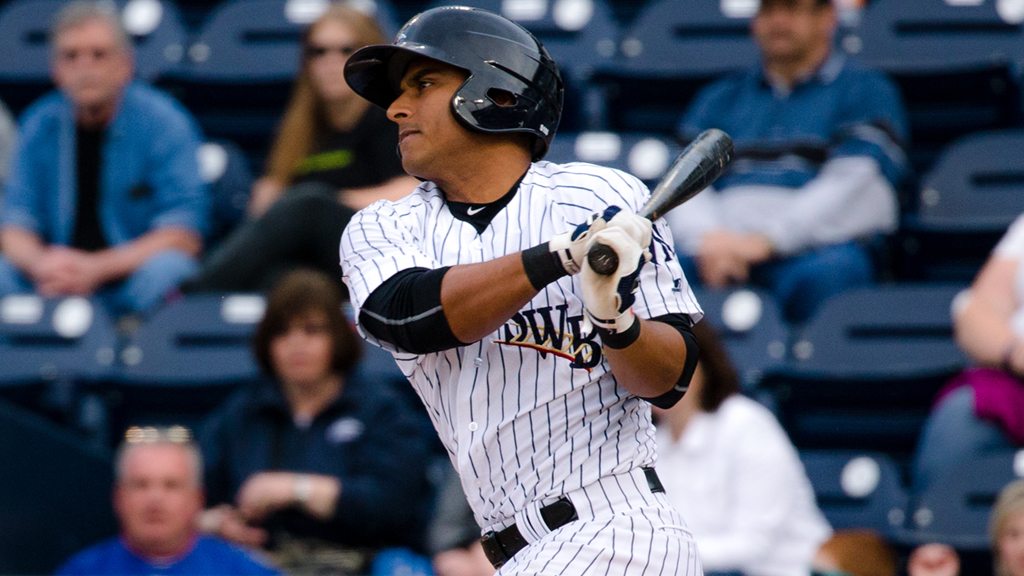 The RailRiders put their leadoff man on in seven of the nine innings, but Toledo scored the game’s first run when John Hicks’ two-out double drove Chad Huffman home in the second inning.

SWB plated a pair in the third on Nick Swisher’s single to right that was errantly misplayed by Anthony Gose. In the fourth, Luis Severino fired a wild pitch that allowed Casey McGehee to streak home from third base for a 2-2 draw.

The RailRiders’ big inning came in the sixth. A bruise to Cesar Puello, a two-run homer by Donovan Solano and a Jake Cave double chased starter Matt Crouse (1-1) before an out was recorded. Pete Kozma singled in a tally and Swisher added a run-scoring poke of his own for a four-run frame.

Cave knocked in a run when he reached on a fielder’s choice in the seventh. Hicks began the bottom half of that frame with a solo homer and Ben Gamel doubled a run home in the eighth for an 8-3 SWB lead.

Toledo made it interesting in the ninth. Conor Mullee, who entered to start the eighth, got the hook after his 45th pitch resulted in a walk to Jacoby Jones. With a run already in on a Jonathan Diaz throwing error, Johnny Barbato entered to face the league leader in slugging and extra-base hits, Steven Moya, with the tying run on deck. Barbato got his first save of the season by inducing a fly-out to right to end the game.

Starter Luis Severino (2-0) got the win with seven innings of three-run, five-hit ball. He walked two and struck out eight.

Ben Gamel fell a home run shy of the cycle. He went 3-for-5 with an RBI double, a triple, a walk and two runs scored.

Through three Triple-A starts, Luis Severino has struck out 19 in 16.2 innings. He also allowed a home run for the first time at the Triple-A level.

All nine men in SWB’s posted at least one hit.

The RailRiders went 3-for-16 with men in scoring position and stranded a season-high-tying 12 men on base.

Nick Swisher went 3-for-5 with two RBIs and a walk.

Cesar Puello had a 2-for-4 showing and was hit by a pitch for the team-high ninth time, tying him for the sixth-most bruises in minor league baseball.

Al Pedrique’s club has scored 41 runs through four games on the road trip.

Conor Mullee allowed his first Triple-A run since May 3. He had 10 straight scoreless appearances over 18.1 innings before giving up an unearned tally on Monday. He still lowered his ERA to 0.59.