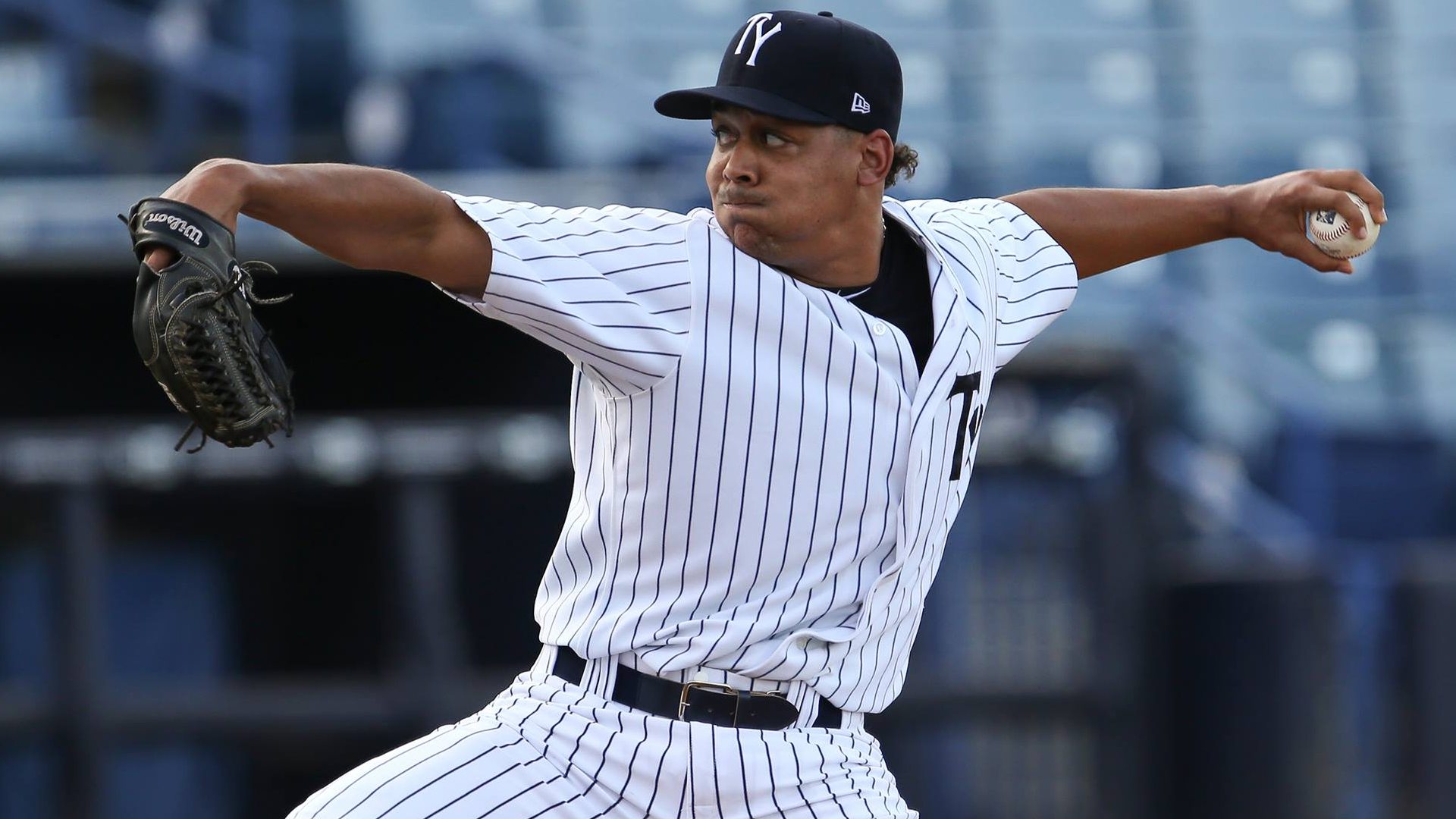 From Back Fields to the Bronx
Sheffield Fans 11, Torres Homers In 7-1 Tampa Yankees Win

The Tampa Yankees made their way back home after going 8-1 on their last road trip. In that road trip, the MLB Trade Deadline changed the Yankees’ roster greatly to say the least. Four of the top ten prospects (five if you count James Kaprielian) in the New York Yankees’ system are on Tampa’s roster, and it has prepared them even more for the playoffs should a majority of the current players stay in Tampa. Promotions are what have hurt the Yankees’ roster immensely this season as a majority of the first-half players who powered Tampa are now in Trenton. However, with new names in the lineup and rotation from trades and promotions from Charleston, the Yankees are once again finding it hard to lose.

The Yankees went home to start a three-game series against the Daytona Tortugas. Not only was it the first time the home crowd got to see the new players, but Justus Sheffield (involved in Indians’ trade for Andrew Miller) was also making his Tampa Yankees debut. The Yankees have had Rashad Crawford hitting second in the lineup behind Jorge Mateo, and Gleyber Torres hitting third. Crawford and Torres were both hitting well in Myrtle Beach before the trade, and joining the Tampa team who also started hitting again has made for the Yankees winning eight of their last ten with combinations of heavy hitting and powerful pitching. As the new players were still getting to know their new teams while on the road, the Yankees came back home and it was now time for them to meet their new home crowd.

Rashad Crawford told us, “At first as always nerve-wracking getting to know people.” Crawford was sure enough very positive when describing his new team and that they had “A lot of character”. He was grateful for how much they’ve helped him study his new opponents and that he’s felt comfortable.

As far as the game, Crawford is just focusing on getting “comfortable on the field” again. He did take account for his somewhat slow start, but he’s working hard on getting back into the ‘groove’ that he was in when playing for Myrtle Beach. Crawford went 2-4 with a RBI, run scored, and a walk in the Yankees 7-1 win last night.

For Gleyber Torres, he introduced himself to the Tampa crowd with power. Torres also went 2-4, but with a three-run bomb to left-center. My first impressions of the two ex-Cubs prospects were both high as I finally was able to see them in person. Both have good plate discipline and seem relaxed now as they start to get more comfortable. That is something to take into account when watching players who are in a whole different environment than what they’re used to. Of course, Torres is the number two prospect in the Yankees’ farm now, but Crawford was riding a bit of a hot streak when still in Myrtle Beach and is a player to watch. His speed opens up a lot for him on the bags and in the field.

As for Justus Sheffield, ‘good’ was quite the understatement when describing his Tampa Yankees debut Friday night. Sheffield struck out 11 batters on 88 pitches in six innings and gave up just one run. Sheffield was said to have some issues with control and the quality of his strikes, but none of those showed in this game. He was controlling the outside zone against RHBs all night and would finish with a slider that shows many plus-side elements. With Lefties Sheffield was working them inside and was in full command of his pitches to finish off at-bats. As advertised he hit a top-speed of 96 miles per hour and would keep his velocity up until he was taken out after six.

When about the events leading up to his trade to the Yankees and what it was like to know his name was being thrown around in rumors. He told us, “It was really being thrown around with the Brewers. I ended up finding out I wasn’t going to be a part of that package going to the Brewers which (Jonathan) Lucroy vetoed. I woke up to a call, about eight o’ clock from Carter Hopkins and he just told me I was going to the Yankees”.

As it is for almost every player, Sheffield said it was a ‘bittersweet’ feeling knowing he’d been traded, between coming to an organization of this level and leaving friends.

Sheffield’s debut has Yankees fan paying even closer attention to him now, but it seems like that will be much easier to handle than what he described as the ‘antsy’ and ‘slow-moving’ day he went through leading up to last night’s performance.

“Once you get on that bump it feels like everything goes into place,” he told us.  Six innings and 11 strikeouts later, Sheffield proved that was true. He was in control of nearly every at-bat throughout the night, and though his splits show right-handed-batters getting the better of him, he was able to keep them quiet throughout the game.

“If I can establish the outside, it opens up the inside. I felt like just sticking with that throughout the game it made my secondary pitches pay off”.

On two strike counts, Sheffield was working his slider which he stated. Against lefties his plan to go inside has been something he’s been focusing more on this year. Finally, asked what’s something that Yankees fans will be able to look forward to with him, Sheffield made it clear it’ll be his hard work.

Sheffield is a great addition to a rotation that has already been making hitters look silly as of late. Nearly every night the Yankees have someone starting for them that can dominate a game single-handedly.

As they head into the playoffs, it’s something to keep an eye on as the rotation takes turns growing. The bullpen was nearly perfect in their three innings of work last night. Jordan Foley and Andrew Schwaab did not give up the hit and collectively would keep the Tortugas to just two. Schwaab has yet to give up an earned run in his 9 2/3 innings of work since joining High-A Tampa.

Aside from the newer players, Zack Zehner and Jorge Mateo continue to contribute to the Yankees recent hitting. Zehner went 3-4 and Mateo 1-5, both with a double off the wall and a RBI last night. The Yankees look to take an early series win against Daytona with Domingo German on the mound. The Yankees stand three games behind first place in the FSL North and with their recent winning way, it has been chipping away at Daytona, Dunedin, and Clearwater who are currently ahead of them.