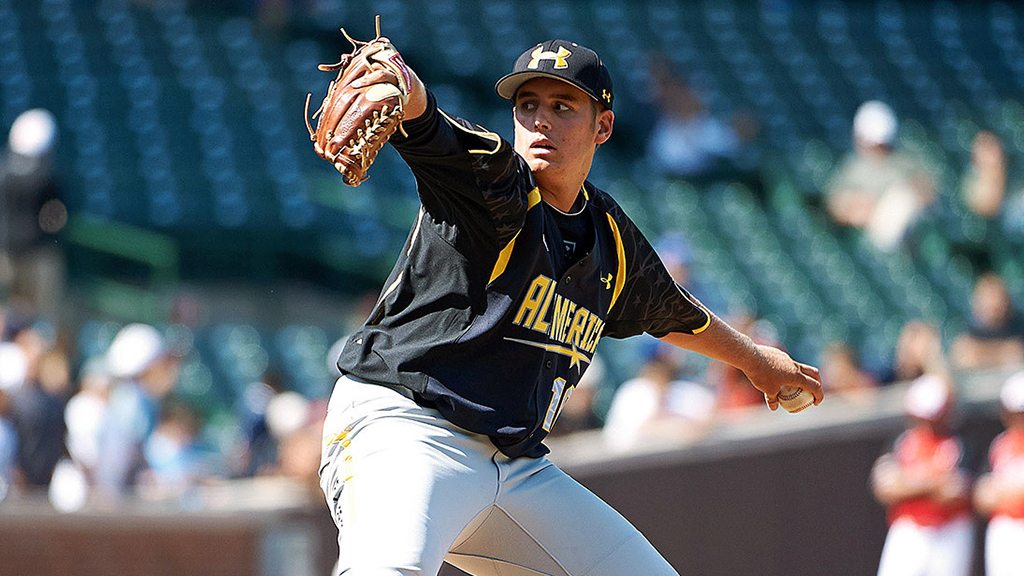 Brady Aiken is one of the best prospects in this draft class after going number one in last years class but not signing when the Astros made some comical errors.  Some of those errors were because they believe Aiken will need Tommy John surgery sooner rather than later as he has an abnormal ligament in his pitching elbow.  Those beliefs were proven correctly on Wednesday when the young prospect underwent Tommy John surgery.

Stuff:
Aiken has some of the best stuff in the draft as a dominate left handed pitcher.  It starts with his fastball which sits between 92 to 94 mph.  His curveball and changeup are also plus pitches right now with scouts giving them 60 grades.  This also comes with a pitcher who scouts already say has plus command.  There aren’t a lot of pitchers drafted lately who can give you 3 plus pitches with plus command.

Physicality:
Being 6’3″ and 210 lbs Aiken has a great frame for a pitcher.  He looks to be able to add another 10 lbs of muscle which will help him maintain his stuff pitching every fifth day compared to once a week in high school.   The best part of Aiken is that even thou he is being drafted again this year he is still the same age some some high school seniors this year since he won’t turn 19 until mid August.

Chances he gets to the Yankees?
So before the season most people thought in this down draft class there was no way that Aiken would drop out of the top 5 with most of them saying he should be the number one pick in the draft again.  That all changed this last week as Aiken started for a prep graduate program and didn’t last.  He left with an injury or tightness.  Because of the injury and the Tommy John surgery because of the abnormal ligament there is a chance that Aiken will not just get to the Yankees but will probably drop out of the first round.  I believe the Yankees thought before hand that they had a shot to get to Aiken as Damon Oppenheimer was in attendance for this start that Aiken went out early.   You don’t have your scouting director on hand for a guy you don’t believe you won’t have a shot to get.

If the Yankees get a chance to go after Aiken they should jump on him even if it takes half of their bonus pool to get him.  Rolling the dice with Aiken might back fire like it did for Brackman but Aiken is a lot better of a prospect that Brackman ever was.  Rolling the dice on him the odds are probably 40 times higher than they were on Brackman.