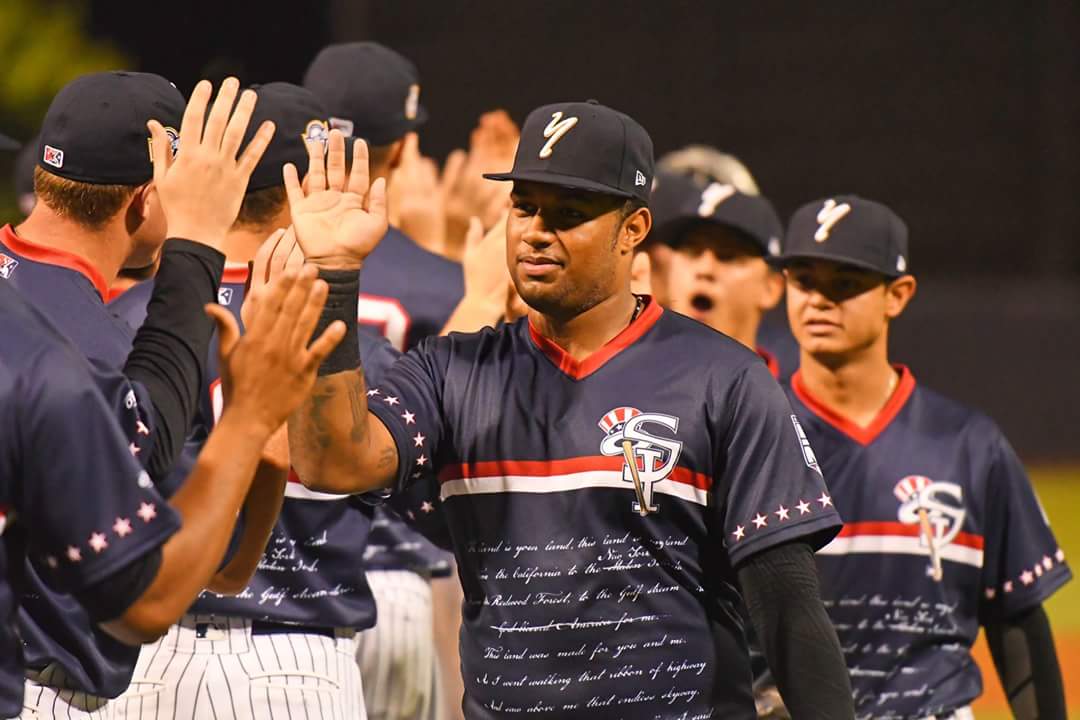 The Staten Island Yankees (7-12) began a three-game series vs. the Hudson Valley Renegades. This is the only home game of the series, as the next two games of the series will be on the road.

Harold Cortijo (1-0, 2.63) got the start for Staten Island. In his home debut, Cortijo pitched five innings, giving up three runs (all earned), walked no one, and struck out four. He used his fastball mostly (88-92), and added some curveballs and changeups.

“He didn’t have his best stuff today, but he competed well, and that’s going to happen,” said Manager Lino Diaz. “If you are able to compete, especially in days like that, it’s a good sign as a pitcher.”

Aaron McGarity (0-0, 0.00) made his season debut, relieving Cortijo in the sixth inning. According to Manager Diaz, “McGarity was good. He’s had a bit of a tough time with a little pain he had on his stomach, so he hasn’t been able to pitch. For him to come in and did what he did today was very good. He was sharp, quick, he was good.”

Christian Morris (0-1, 1.80) would follow McGarity. In his two and a third innings, Morris allowed three hits, two runs (all earned), and four strikeouts. Morris would strike out the side in the seventh, and have a perfect inning in the eighth. Morris would struggle in the ninth inning, allowing a two-run homer. Chase Hodson (1-1, 5.00) would come in to finish the game, picking up the last two outs in the ninth inning.

The Staten Island Yankees would begin the scoring with a Jerry Seitz Sac Fly RBI in the second inning. Canaan Smith would bring in a couple more runs on a two-run home run in the third inning.

“I think he is locked in on the fastball. He was aggressive, and he got a hold of one, and it went out. I think he had been a little tentative. Smitty has one of the best eyes out there,” said Diaz of Canaan Smith. “I think this guy could be a really good hitter.”

The SI Yanks would bring in four more runs in the seventh inning, pushing the game further out of reach from the Hudson Valley Renegades. Canann Smith would be responsible for two of those RBIs. Miguel Flames would also get an RBI, in his Staten Island Yankees debut.

Canaan Smith went 2-4, with his first homer of the season, and a two-RBI single, giving him four RBIs for the night. Eduardo Torrealba, Andres Chaparro, Jesus Bastidas, and Jerry Seitz also reached base twice.

Ricky Surum was promoted to the Tampa Tarpons, and Reiver Sanmartin was assigned to the Charleston Riverdogs. To replace Surum, Miguel Flames joined the SI Yanks from Charleston.

Kyle Gray and Andy Diaz helped share the responsibility in this game.

With Reiver Sanmartin being moved to Charleston, the Staten Island Yankees no longer have a lefty pitcher on the pitching staff.

In the fourth inning, Harold Cortijo only needed 5 pitches to get out of the inning, all of which we for strikes.

The Staten Island Yankees will travel to Hudson Valley for the final two games of the series. Frank German (0-0, 4.50) is scheduled to get his first start of the season. German is the New York Yankees 2018 Fourth Round Pick.