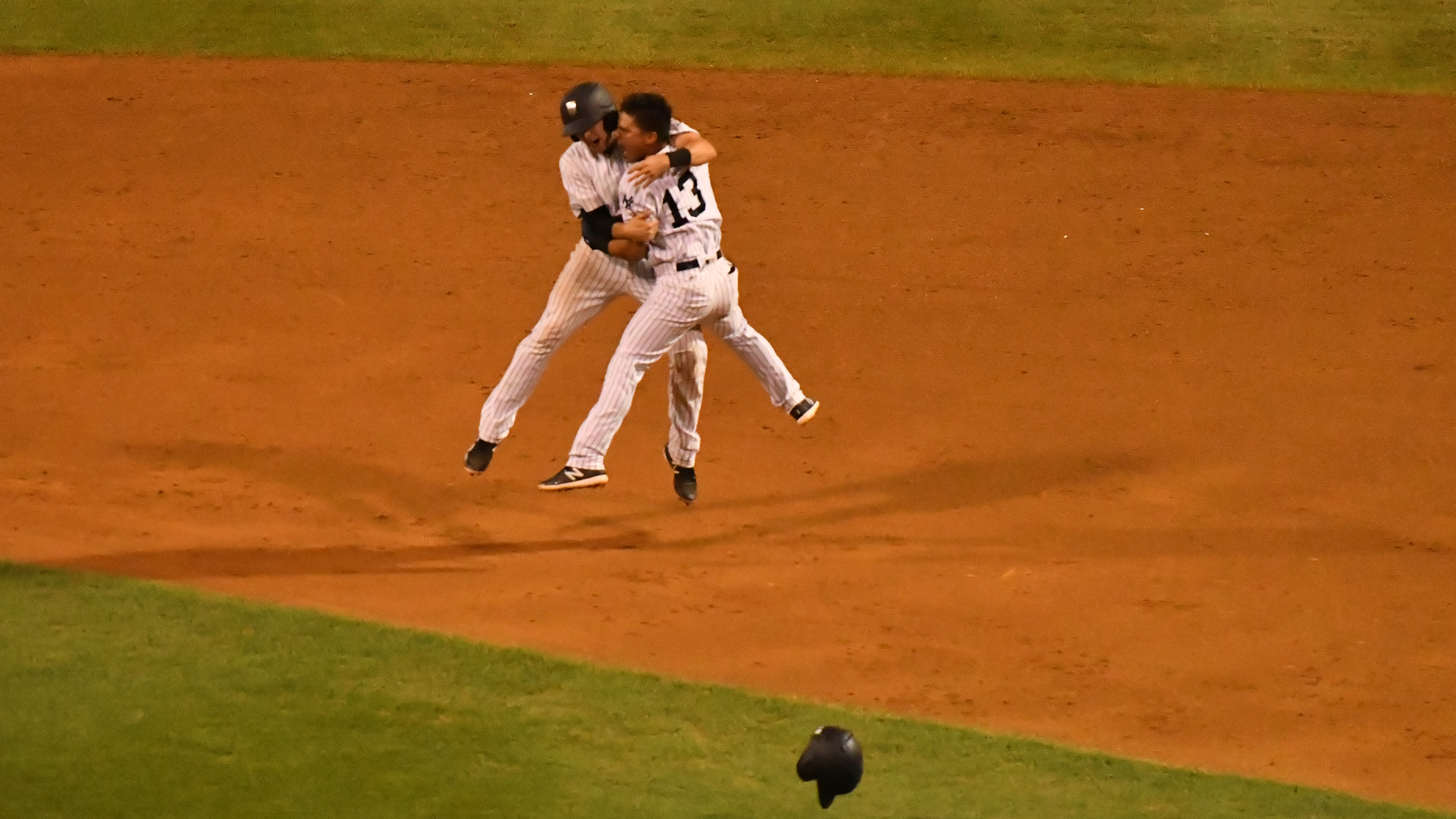 For the first time this season, the Staten Island Yankees (25-20) won a game in walk-off fashion as they defeated the Connecticut Tigers (22-22), 3-2. The hero of the night was Eduardo Torrealba as he hit a walk-off single in the bottom of the ninth with the bases loaded before rain reached Richmond County Bank Ballpark at St. George.

“I thought it was a great game today. It was one of those games where the team pulled together. Great performances by [Nolan] Martinez, [Rodney] Hutchison had a good comeback, and clutch hitting by [Eduardo] Torrealba,” replied manager Lino Diaz about the win.

Torrealba explained after the game what he was looking for on the pitch that eventually won the game against Connecticut pitcher Dylan Stock:

“I was just trying to put the ball in play because [Ricardo] Ferreira was on third and a really fast runner. A groundball would make him safe at home plate and thank God, it was a base hit,” replied Torrealba.

One storyline that might get lost in the shuffle was how great Nolan Martinez was on the mound. He retired all 15 batters he faced and struck out seven of them on 66 pitches (44 strikes) in a no-decision.

“He [Martinez] did a great job. He was aggressive. He threw strikes with his fastball and breaking ball. He kept them off balance. He was in control the whole game,” said Diaz.

Staten Island got on the board first in the bottom of the third. Jackson Thoreson led off the inning with a single and advanced to second on a wild pitch. After Torrealba moved him over to third on a groundout, Andy Diaz drove him in with a base hit to left. It is Diaz’s second RBI of the season.

After Martinez left the game, Rodney Hutchison (2-0) entered the game for his first outing since July 24. He retired the side in order in the sixth, but a single by Wenceel Perez broke up the combined perfect game bid. Eventually, the shutout and the lead would go away.

With runners on second and third with one out, Hutchison threw a wild pitch, which allowed the tying run (Perez) to score. Then, Nick Ames flew out to center, but Cam Warner was able to slide in just under the tag of Josh Breaux to put Connecticut ahead, 2-1.

As for Hutchison’s final line, the right-hander out of North Carolina went three innings, gave up two runs on five hits, and struck out two on 47 pitches (31 strikes) in the win.

The Yankees would come back to tie it in the eighth thanks to a little help from the Tigers defense. Torrealba would reach base on an error to lead off the inning and he got to second on a sacrifice bunt by Diaz. Two batters later, with Torrealba on third (wild pitch), Breaux blooped a single to right to tie things up at two.

One inning later, the Yankees found a way to complete the comeback. Andres Chaparro led off the inning with a base hit and Kyle Gray reached base on a bunt single. Three batters later, Torrealba stepped up with the bases loaded after a passed ball and intentional walk and drove in Ricardo Ferreira with a base hit.

The star of the game goes to Martinez for his stellar outing on the mound. He was perfect after five innings of work. He was able to locate his fastball that was between 89-92 miles-per-hour in velocity to go with his curveball and his changeup.

For Martinez, he now has a new career-high in strikeouts (seven) and he hasn’t allowed a run since July 3 at Brooklyn. His 1.23 ERA is now second in the league behind Jaison Villera from the Brooklyn Cyclones (0.78).

One of the things that the Staten Island Yankees have done well this season is situational hitting. While they do have 26 home runs (second in the New York-Penn League), doing the little things has helped the team win these close games down the stretch.

“That is their culture. They know that we have to do the little things right. We prepare well so we can go out and compete out there. Gray is one of our best bunters. Torrealba, [Jesus] Bastidas, all of these guys can do that. That’s a good thing to have in tight games like that.”

In all four meetings against the Tigers this season, each game has been decided by only one run. This time though, it was the Yankees who came out on the winning side and this team always seems to fight back in the later innings, according to Diaz.

“These guys play together well. They prepare well and they fight. At times, it seems like we are playing bad, but we always come back. That’s a good culture to have here.”

Before Thursday’s game, infielder Danienger Perez has been promoted to Double-A Trenton.

Next Game: The Yankees will be back in action Friday night when they take on the Tigers in the second game of this three-game series. First pitch is at 7:05 p.m ET. Adam Wolf (1-1, 5.28 ERA) gets the start for the Tigers against Shawn Semple (1-3, 3.29) for Staten Island.