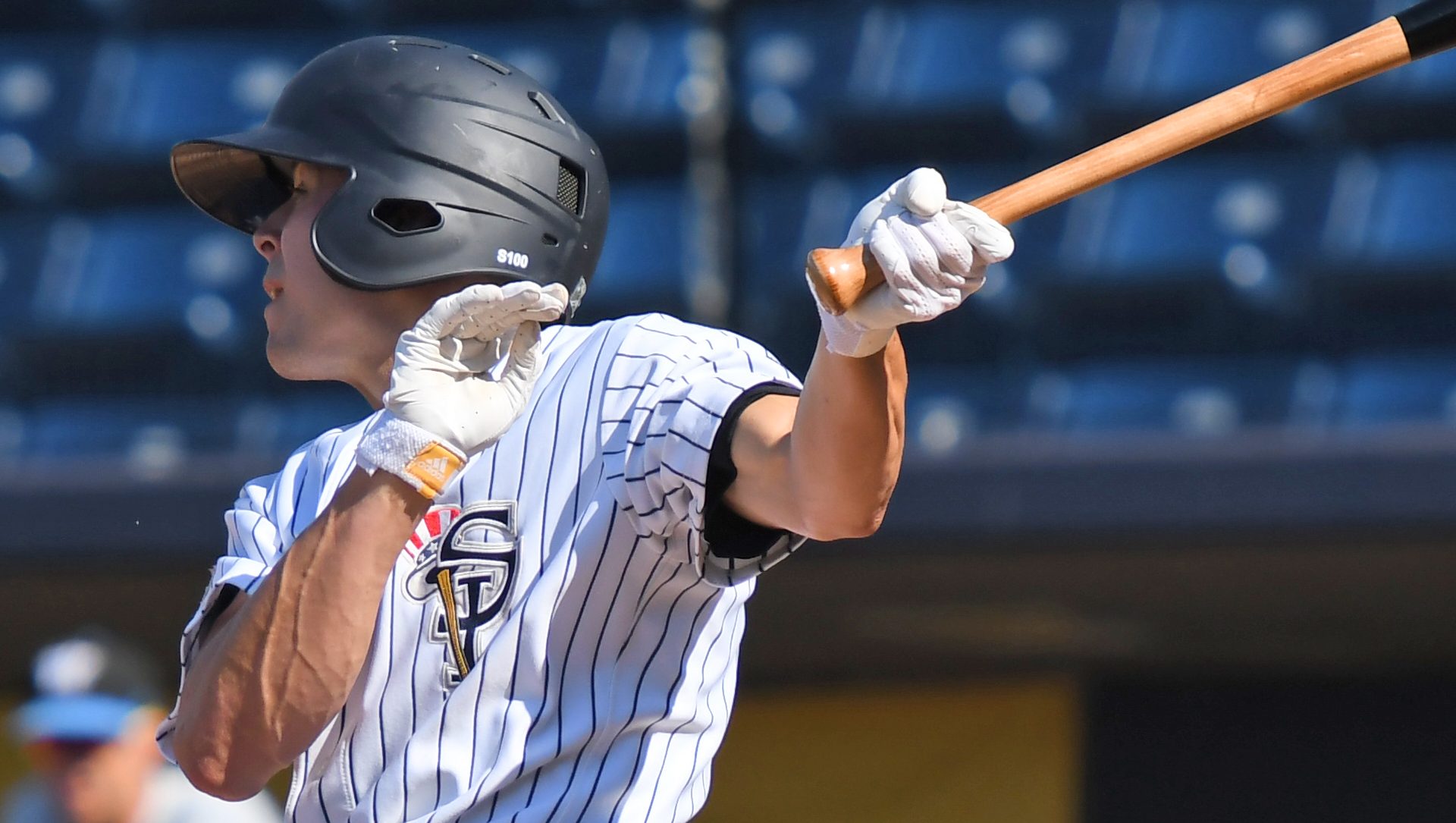 The Staten Island Yankees (16-13) continue to find ways to win close games and that trend continued on Sunday afternoon. The team rallied from a 2-0 deficit to defeat the West Virginia Black Bears (11-18), 3-2. They have now won six straight games and they remain undefeated on the homestand with one game to go (6-0).

“We started a little bit flat today, there’s no doubt about it,” said manager Lino Diaz. “But as the game went on, you can see they started working together and once we saw that we had a chance, you could see us pulling for each other and we were able to execute. They continue to do a great job.”

The decisive run came in the bottom of the eighth with the game tied at two. With one out, Alex Junior hit a triple into the gap in right-center. He would come around to score on a sacrifice fly to center by Brandon Lockridge. It was his second RBI of the season.

West Virginia got on the board in the top of the third inning. With two outs, Travis Swaggerty had an infield single and Mike Gretler drove him in with an RBI double against Yankees’ starter Shawn Semple.

In the top of the fifth, the Black Bears would get the first two runners on base via a double by Zack Cone and an error by Jesus Bastidas. While Swaggerty did drive in a run on an RBI groundout, Semple did catch a runner trying to steal third and got another groundout to limit the damage.

For Semple, his second start of the season was a success. He went five innings for the first time this year, gave up two runs on five hits, and struck out seven on 72 pitches (52 strikes) in a no-decision. He showed good command of the strike zone as eight of the first nine batters saw a first-pitch strike.

“He was aggressive. He threw the fastball and sometimes when he tends to get away from that, he tends to get in trouble a little bit. But, that’s his strength and when he did that, he did well,” said Diaz.

Semple’s pitching coach, Travis Phelps, also gave his takeaways of how the right-hander did today:

“I thought he threw the ball really well. A couple of times, he got behind in the count and that’s where he got hurt. He had to come to the hitters and he did. They put the ball in play and put some good swings on it. He was aggressive with his fastball all day and they had a tough time squaring it up.”

While Staten Island only had five hits in this game, they did a good job of manufacturing runs and getting productive outs like they did for their first run of the game in the fifth. Andres Chaparro led off the inning with a double. After groundouts by Jesus Bastidas and Eduardo Torrealba (RBI), the Yankees cut the lead to 2-1. It was the little things that led to runs for Staten Island.

“As the game went on, they started executing. Both runs, they executed well with runners on third base and less than two outs. When you get that going and you get the players into it, it’s a great thing. We are getting better as we continue to go with the bats and learning as we go.”

One inning later, the timely hits would occur after some great patience at the plate. In total, the Yankees saw 40 pitches in the sixth and it ended up paying off in the end. Lockridge and Kyle Gray each drew walks with two outs. Eric Wagaman would drive Lockridge in on a base hit to center against Cam Alldred.

The homestand has been good for Wagaman at the plate as the first baseman has driven in a run in three of the last four games and those RBIs have come in key situations:

“Eric’s been grinding it out. He’s working as hard as he can with Ken Joyce (hitting coach) and he never gives up. He continues to learn every day. It is really good to see him having success knowing how hard he is trying and how hard he is grinding out there,” replied Diaz.

Abel Duarte (3-1) kept the Yankees in the game with good pitching out of the bullpen. He went three innings, gave up no runs on one hit, struck out three, and walked one on 40 pitches (24 strikes) and he was the winning pitcher.

Christian Morris did give up a leadoff double in the top of the ninth to Luke Mangieri. He was able to get out of the jam with back-to-back strikeouts and a flyout to right to end the game as he sealed his third save of the year.

During the month of July, the Staten Island Yankees are 12-2 in 14 games. Out of those 12 wins, nine of them are by three runs or fewer and they have allowed two runs or fewer in ten of them.

There were many candidates for today’s star, but the choice is Abel Duarte. He entered the game in the top of the sixth and was able to keep the Yankees within striking distance. After a rough debut in Staten Island, he has not allowed a run in his last four appearances.

“I thought he was outstanding. I thought he made the difference. Those three innings were amazing. He kept throwing strikes with his fastball and threw that slider/breaking ball and got the outs that we needed and quickly,” said Diaz.

The Yankees will wrap up their series against the Black Bears on Monday morning with first pitch taking place at 11 a.m ET. Roansy Contreras (0-0, 1.66 ERA) will take the mound for Staten Island at Richmond County Bank Ballpark at St. George. After the game, Diaz talked about the different routine for an early start time:

“We worked hard when we are at home. We usually do all of our work at home. Most of our work with fundamentals and extra bunting, base running, and hitting at home. We did that the first four days we were here. Today, we just hit in the cages and tomorrow we will probably do the same with the quick turnaround. That doesn’t mean we take it differently. We still come in with the same mentality, but the boys need a little bit of time for them to ease into the day.”