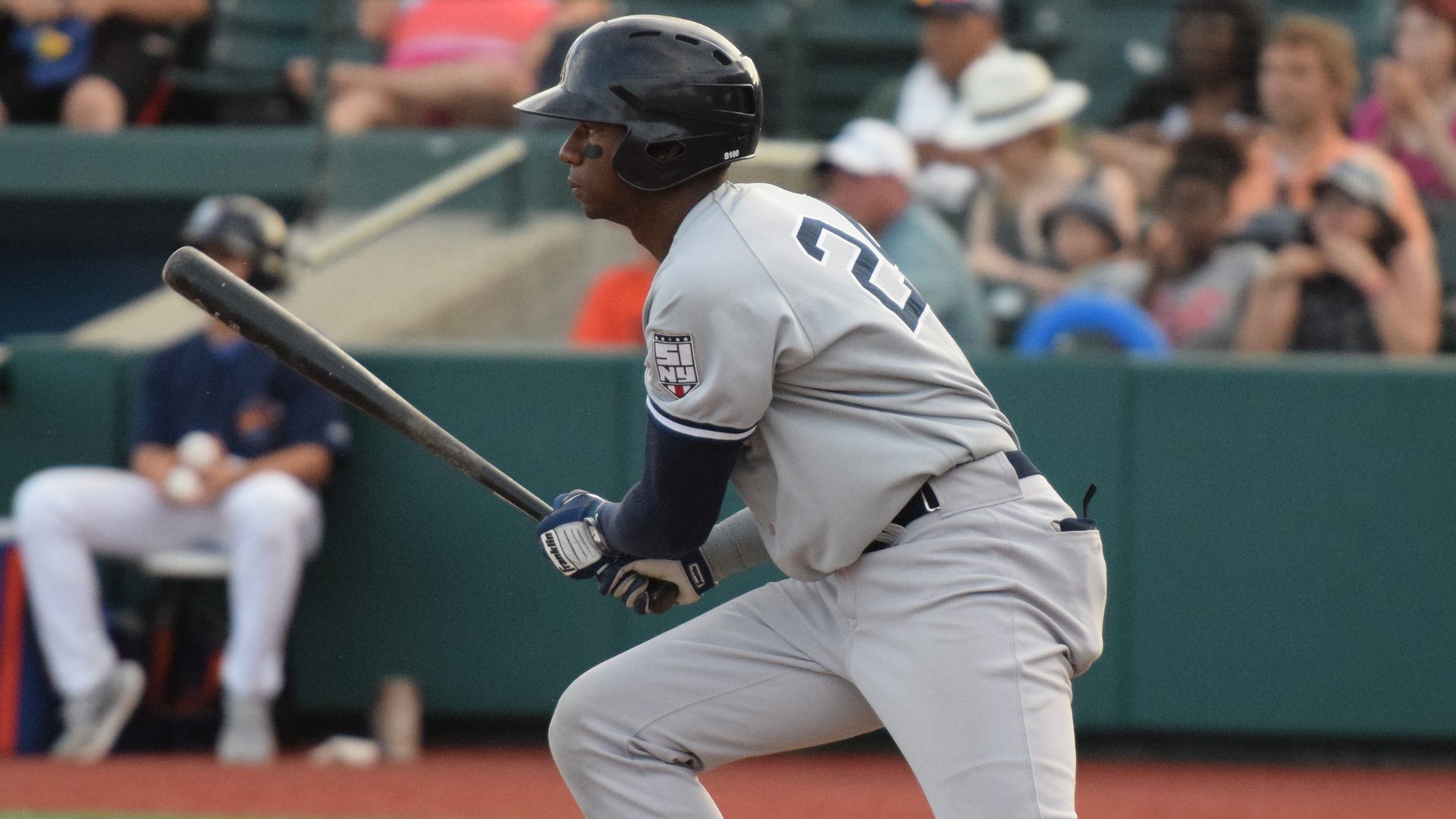 BROOKLYN, NY – Whenever the Staten Island Yankees and the Brooklyn Cyclones meet there are few dull moments. Division clinchers, no-hitters, and extra inning games litter the annals of this rivalry. On Sunday, the two teams met in Coney Island for the first time since their 20 inning marathon on opening day and with the Cyclones shutting out the visiting Yankees for their first victory at MCU Park against their bitter rivals for the first time since August 31, 2014.

As baseball celebrated the Hall of Fame cemeteries in Cooperstown, the Cyclones sported retrofitted replicas of the Mets’ black uniforms from the early 2000s to mark the induction of catcher Mike Piazza. After taking two of three from the Aberdeen Ironbirds in their previous series, the Cyclones posted an early threat against Yankees’ starter Simon De la Rosa in the second inning, when recent addition Desmond Lindsay grounded into a fielder’s choice to score Nick Sergakis.

Brooklyn appeared on the verge to score in the prior at-bat on a Jay Jabs single to right field, but a perfect strike home from Timmy Robinson nailed Peter Alonso at home plate. Staked to a 1-0 lead, Cyclones’ pitcher Thomas Szapucki kept the Baby Bombers in check in his Brooklyn debut, keeping the suddenly potent Baby Bombers’ lineup off the scoreboard, as he struck out eight batters in 5.1 innings of shutout baseball.

“He pitched great. He was one the best starters we have seen this year,” Yankees’ manager Dave Bialas said. “He was throwing hard fastballs and breaking balls against us and he looked good.”

De la Rosa worked around baserunners all afternoon and was to escape unscathed. His luck ran out in the fifth inning when Michael Paez blooped a single in left center field to plate Berrios and extend the Brooklyn lead to 2-0. De la Rosa lasted 4.2 innings, allowing five hits and two runs (one earned) before giving way to the Staten Island bullpen. David Palladino limited the Cyclones offense to one run in relief of De la Rosa, but with his club stymied offensively by five pitchers, the deficit was too great to overcome.

“De la Rosa battled and pitched well at times, but then again we really did not have many opportunities with runners in scoring position at all. We were pretty much shut down,” Bialas continued.

Making contact was one of the primary differences in the game for the Baby Bombers, who struck out 13 times and went 0-for-6 with runners in scoring position. Following back-to-back games with at least one home run, Cyclones pitching held second baseman Nick Solak in check, striking him out in all four plate appearances to earn the infamous “golden sombrero” label.

“We were facing a good arm. He had some good “velo” behind his fastball and he was controlling it and we kept falling behind in the count, so it was hard to hit like that. The offense just did not have it today,” Solak said.

The Cyclones’ victory on Sunday was their 101st all-time against the Yankees, their most against any opponent. The Bombers’ four-hit output was their fewest away from home since their July 15th meeting with the Hudson Valley Renegades, who close to within one game of the McNamara Division lead after their victory against the Vermont Lake Monsters.

With Adonis Rosa earning promotion to Charleston last week, the Yankees will push back pitchers Drew Finley and Austin DeCarr in favor of Jonathan Padilla and Taylor Widener for the next two games. The Bombers resume their series in Brooklyn on Monday night facing Erik Manoah as their mound opponent.