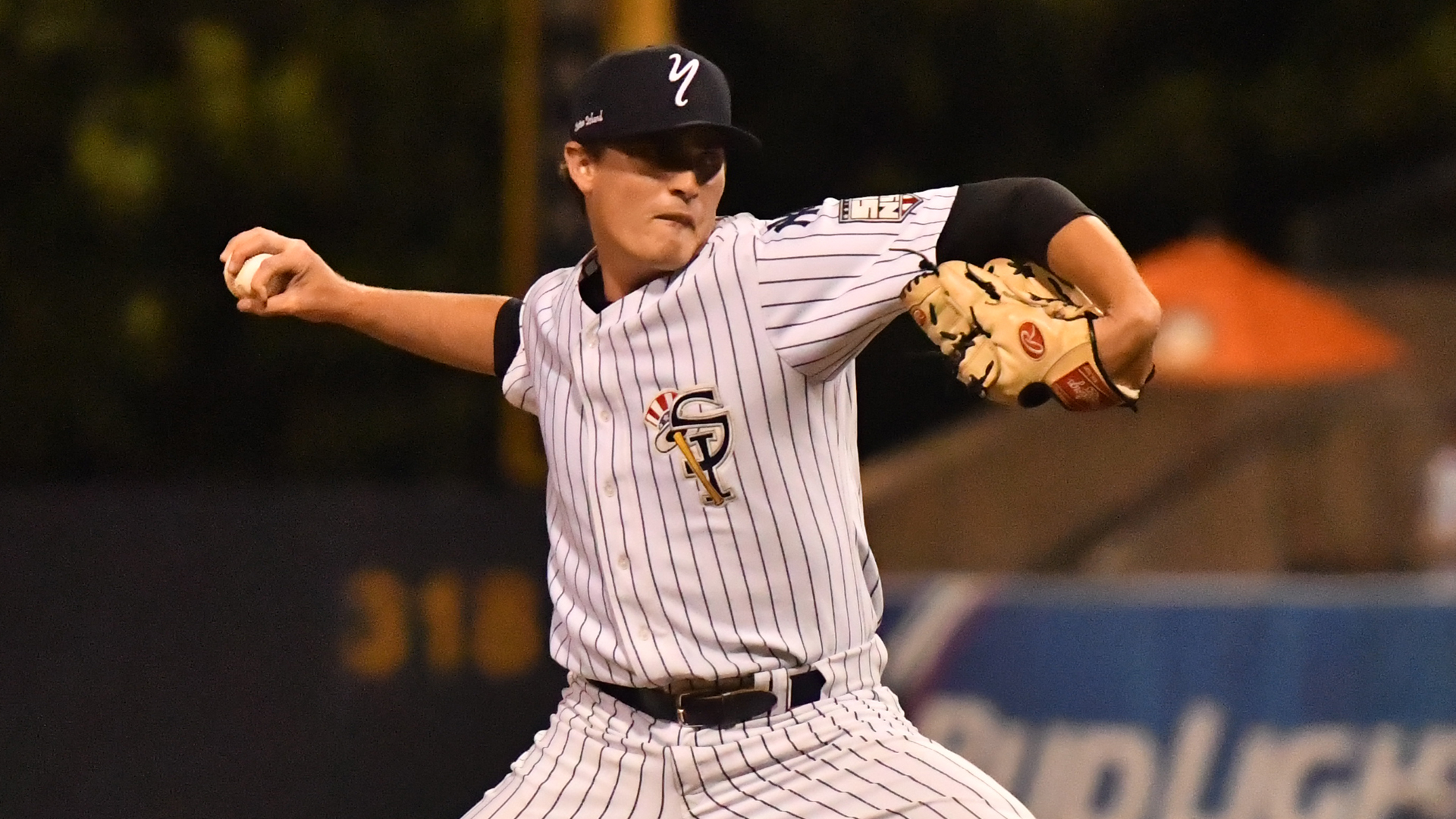 The Staten Island Yankees (26-25) ended their three-game home series against the Lowell Spinners (29-24) with a 2-0 loss on Friday night. They ended up being swept by the Spinners and they have now lost four of their last five games.

The Spinners got on the board in the top of the fourth inning against Juan De Paula (1-2). The inning began with a one-out double to right center by Tyler Dearden. Three batters later, with Dearden on third and two outs, Lane Milligan hit a double to right that gave Lowell a 1-0 lead.

That run would be the only one that De Paula allowed the whole night. The right-hander went 5.1 innings, gave up a run on six hits, struck out seven, and walked two on 91 pitches (52 strikes) in his first outing since August 1 against Aberdeen.

De Paula left the game with Lowell having two runners on base with one out in the sixth. The Yankees would turn to Ron Marinaccio out of the bullpen. He` was making his Staten Island debut after being promoted from Rookie-Level Pulaski. Marinaccio got the job done as he got Tyler Esplin to hit into an inning-ending double play.

“He did a pretty good job. I thought he ran out of gas towards the end, but he competed well. His command still needs a little bit of work but he competed well. I see that as a positive. Like every single one of the pitchers at this level, we still need to get better with the fastball command,” said manager Lino Diaz about De Paula’s outing.

Now, De Paula hadn’t pitched in a while because of the weather playing a part in the Yankees schedule. However, Diaz mentioned that the team has to make adjustments and it is something they have done all season:

“Those are things that we have to deal with and we have to make adjustments. This is a pretty resilient team. We have been there before. We’ve hit a rough spot right now, but I feel confident we are going to come out of it.”

While Marinaccio got out of trouble in the sixth, he did allow a run in the seventh. Milligan led off the inning with a ground-rule double and would later come around to score on an RBI single by Ramfis Berroa.

Despite giving up the one run, it was an impressive debut for Marinaccio. He went 2.2 innings, allowed three hits, and struck out six on 46 pitches (30 strikes).

“Excellent. He was aggressive. I was very pleased with what I saw today,” said Diaz about Marinaccio’s debut.

Garrett Mundell would come in the game to pitch in the ninth. He allowed back-to-back singles to begin the frame. However, he bounced back by striking out the next three hitters. He has not allowed an earned run in seven consecutive outings.

On a night where the Yankees struggled to find any offense, Eduardo Torrealba had a good game at the plate as he went 2-for-4 with a double. In the month of August, the shortstop is 12-for-24 at the plate with three doubles, a triple, and six RBIs. So, what has been the key to Torrealba’s success?

Outside of Torrealba, the Yankees did not have a hit and they combined to strike out 11 times and they were 0-for-8 with runners in scoring position. During this three-game series with Lowell, they were 2-for-22 in those situations (both hits occurring on Thursday).

“I think we got out of our plan a little bit with looking for fastballs. We started chasing a little bit. But, you also have to give these guys credit. They pitched pretty well against us and that’s the way it goes sometimes. I know this team is a lot better offensively and we are going to get better,” said Diaz.

For tonight’s star of the game, that goes to Marinaccio for his strong debut. If you go back to his numbers with Pulaski, he has struck out six or more batters in three outings this season. This year, the former Delaware right-hander has a strikeout-to-walk ratio of 39:3. Those are not bad numbers for the Yankees’ 19th Round pick in the 2017 MLB Draft.

Here is what Marinaccio, who is from Toms River, New Jersey, thought about his performance:

“It was a lot of fun. I had a lot of family in the crowd from about 45 minutes away, so it was good to have some people I know around. Hitters were a little different, little more patient, but I had a good time.”

Kyle Gray got the start at third base on Friday night for the first time this season. It is a position that he did not play much in college while at West Virginia. Diaz mentioned that with Andres Chaparro having the day off, Gray was the choice. He also said it would be good for him in the future to play some third base because “it increases his value.”

In addition to Marinaccio, the Yankees added right-handers Wellington Diaz from Pulaski and Kyle Johnson from the Gulf Coast League.

The Staten Island Yankees will play consecutive doubleheaders this week up in Connecticut against the Connecticut Tigers. Game 1 on Saturday will begin at 5:05 p.m with Game 2 taking place 40 minutes later. Both games will be seven innings. Frank German (0-1, 1.59 ERA) starts for the Yankees in Game 1 and Diaz will pitch Game 2 in his Staten Island debut (SI will be the home team).

With Staten Island knowing about these doubleheaders ahead of time, Diaz mentioned that his team will be ready for these four games in two days.

“We’ll be ready. I guarantee that we are going to bounce back.”