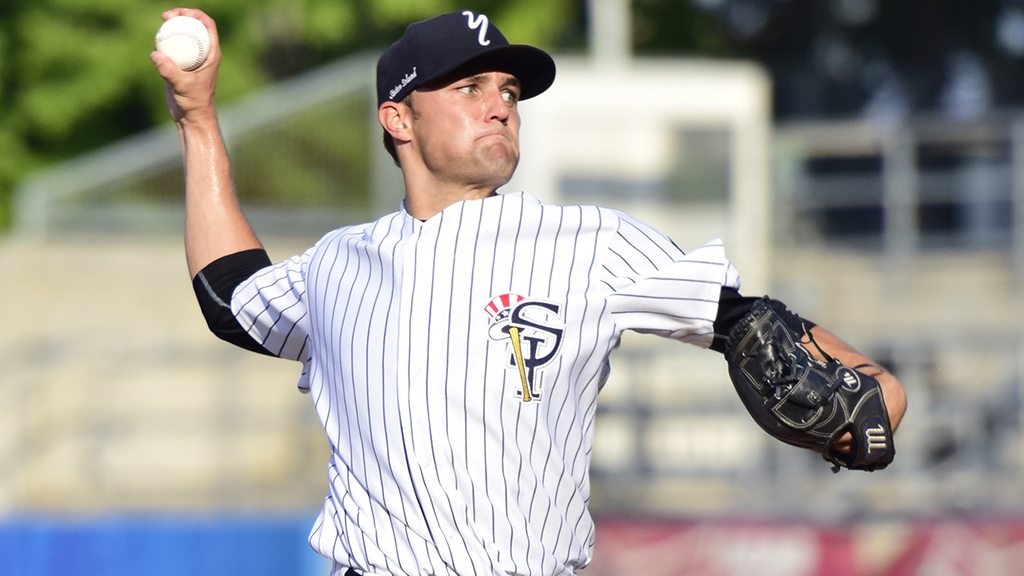 Staten Island Yankees starting pitcher Kolton Mahoney was named the New York – Penn League’s pitcher of the week for the week ending September 7.  Mahoney has been one of the team’s top starting pitchers since making his professional debut earlier this summer.

Kolton was originally drafted by the Milwaukee Brewers in the 2014 draft in the 23rd round but decided to return to school.  This year the New York Yankees took him in the 16th round and he has impressed thus far.

This past week the young right-hander threw back-to-back 7 inning starts, pitching to a 1-0 record with a 0.64 ERA and allowing 7 hits, 1 run while striking out 15 batters.  He ended his regular season with a 2.29 ERA, 50 strikeouts and 11 walks in a total of 55 innings good for #3 on the team in innings pitched this season.