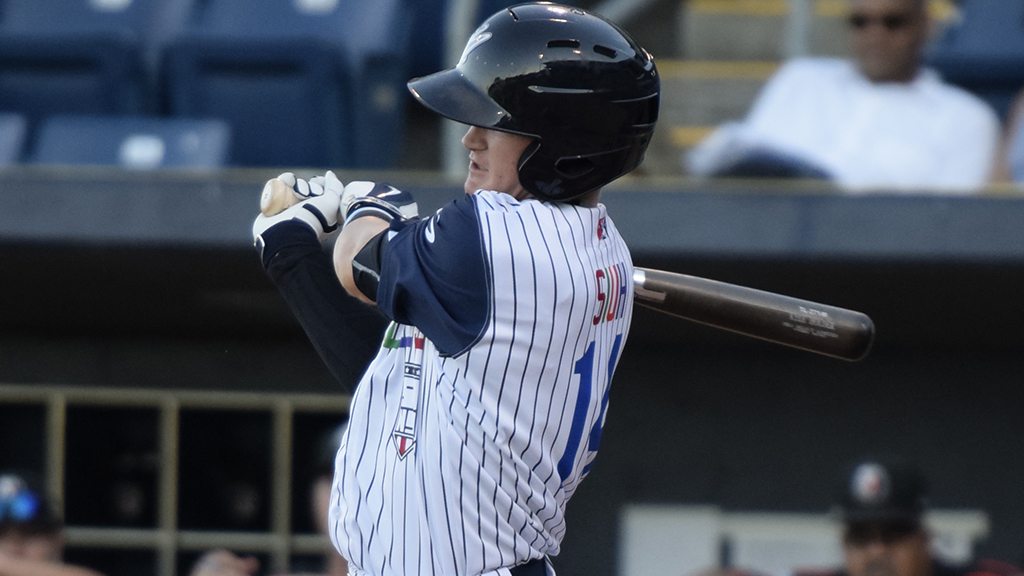 STATEN ISLAND, NY – The Staten Island Yankees offense seemed to have benefitted from the rain out the day before as they combined had 15 hits and 8 runs as they defeated the Aberdeen IronBirds

Leading the offense was New York Yankees first round pick Kyle Holder who went 3-for-4 with 3 runs scored.  Designated Hitter Junior Valera was 3-for-4 with 3 RBIs in the game as well.  Thairo Estrada, Jhalan Jackson and Kevin Cornelius each had 2 hits in the game, while Jeff Hendrix, Jake Hernandez and Zack Zehner had 1 hit a piece.  The only Baby Bomber without hit was Ryan Krill who went 0-for-3.

Staten Island struck first, plating 2 runs in the bottom of the first inning to take the early lead.  Kyle Holder started it off with a ground ball into right field for a single.  Holder went to second base on a single to left by Thairo Estrada.  With runners at first and second Junior Valera then lined a ball into right field, bringing Holder home and moving Estrada to third.  Ryan Krill then sent a fly ball to the left fielder for a sacrifice fly, bringing home Estrada.

The Yankees added another one in the bottom of the third inning.  Jeff Hendrix lined a single to center, moved to second on a sacrifice bunt and then scored on a 2-out single to the second baseman.

After Aberdeen got 1 run back in the top of the fourth the Baby Bombers responded with another one in the bottom of the inning.  Kevin Cornelius started it off with a 1-out double to left field.  Jake Hernandez singled, moving Cornelius over to third for Zack Zehner who hit a sacrifice fly to right.  Aberdeen struck back again with 3 runs in the top of the fifth to tie the game.

The tie did not last long as the Yankees took the lead for good in the bottom of the fifth.  Kyle Holder started it off with a single to third and then scored on a 1-out double to right by Junior Valera.  They added another one in the bottom of the sixth.  Jhalan Jackson singled to third, stole second and then moved to third on a ground out.  After another out Zack Zehner line a single to center to score Jackson and giving the Staten Island Yankees a 6-4 lead.

To cap it off the Baby Bombers plated 2 more runs in the bottom of the seventh inning.  Kyle Holder singled to start the inning, moved to third on a double by Thairo Estrada.  Both would score when Jhalan Jackson singled to left on a ground ball.

Luis Cedeno got the start for Staten Island and struggled a bit but still allowed just 1 run on 5 hits and 2 walks over 4 innings.  He was followed by James Reeves who earned the win after 2 innings of relief and allowing 3 runs on 2 hits and a walk.  Josh Rogers earned the save with 3 inning of shutout baseball, striking out 5 batters in the process.