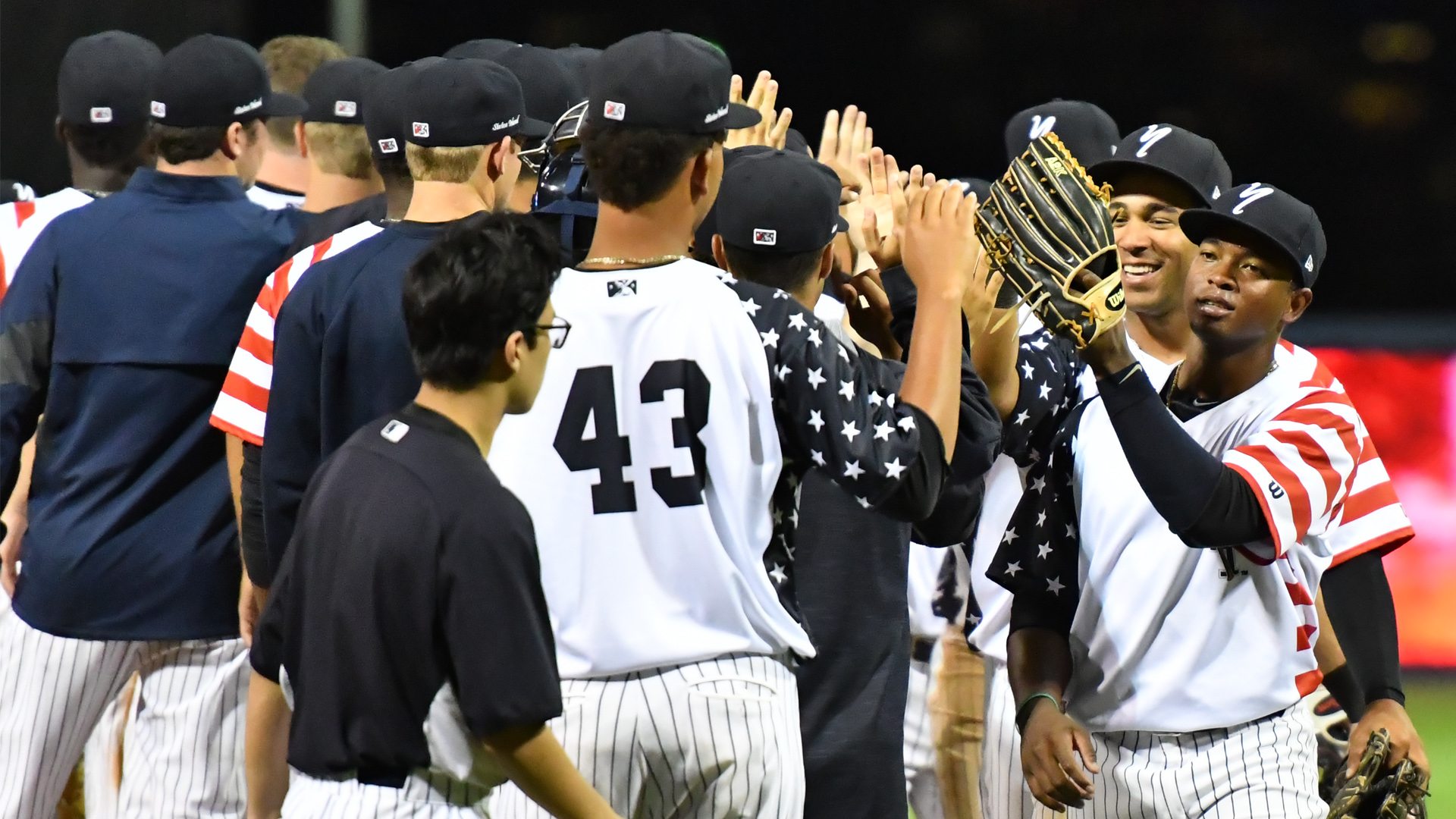 After dropping the first game of a doubleheader to the Cyclones, the Staten Island Yankees bounced back to take the nightcap.

The Yankees jumped out to the early lead in the bottom of the first inning. Wilkerman Garcia lined a single to center before moving to second on a one-out single to left by Dom Thompson-Williams. Both runners would move up 90-feet when Dalton Blaser grounded out to first and Garcia came home on a wild pitch. 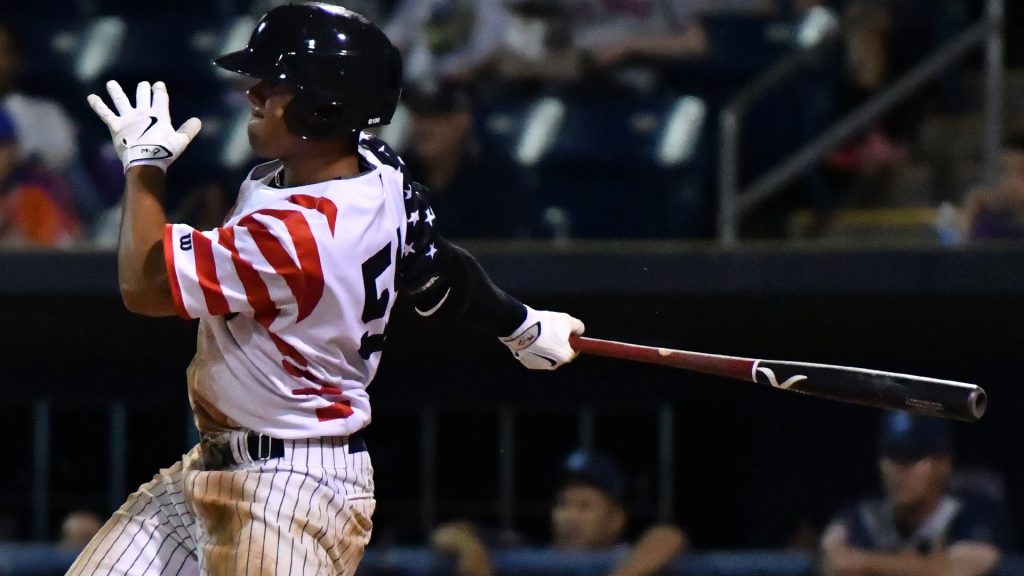 Wilkerman Garcia got the Yankees off to a good start with a base hit in his first two at bats. (Robert M. Pimpsner)

Staten Island was not done there as they added three more in the bottom of the second inning. Nelson Gomez was hit by a pitch to start the inning, then Ryan Krill walked. Brian Reyes hit into a force out at second to put runners at the corners and bring up Cesar Diaz. Diaz worked a walk before Wilkerman Garcia would line a sharp single to right field to bring home Reyes.

With the bases still loaded Cody Brown came up to the plate and line a sharp double to right, bringing home both Reyes and Diaz and giving the Yankees a 4-0 lead. 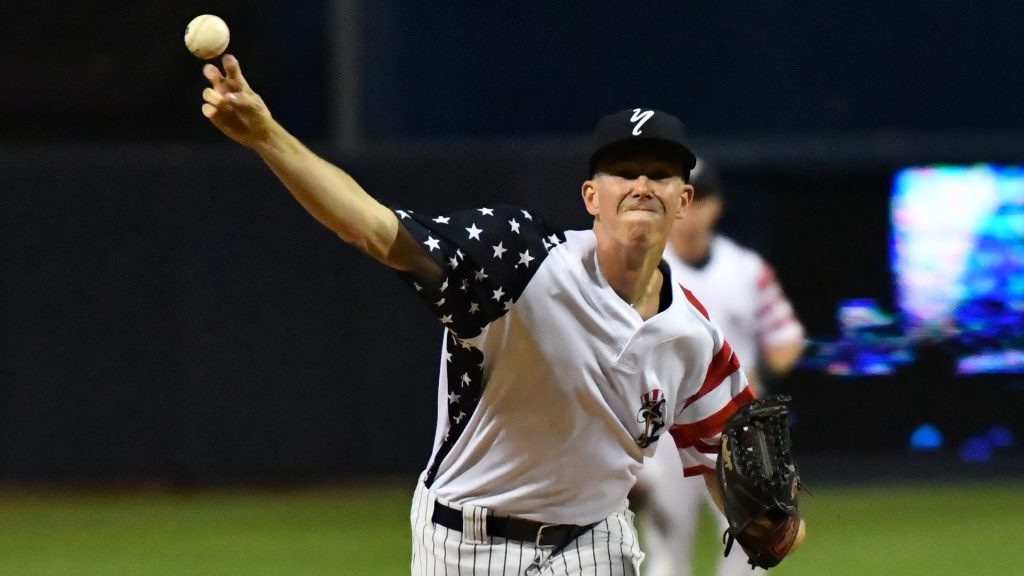 Brooklyn would plate one run in the top of the third off of Staten Island Yankees starter Chrisitan Morris, but the run was unearned. Morris pitched 3 1/3 innings in the spot start, allowing just two hits and a walk while striking out one batter. He reached as high as 93 MPH on the radar gun with his fastball and threw 32 of his 48 pitches for strikes.

Chase Hodson took over on the mound for Morris in the fourth inning.  Hodson pitched 2 1/3 innings to earn his first win of the season.  He allowed one run on four hits and struck out four batters. 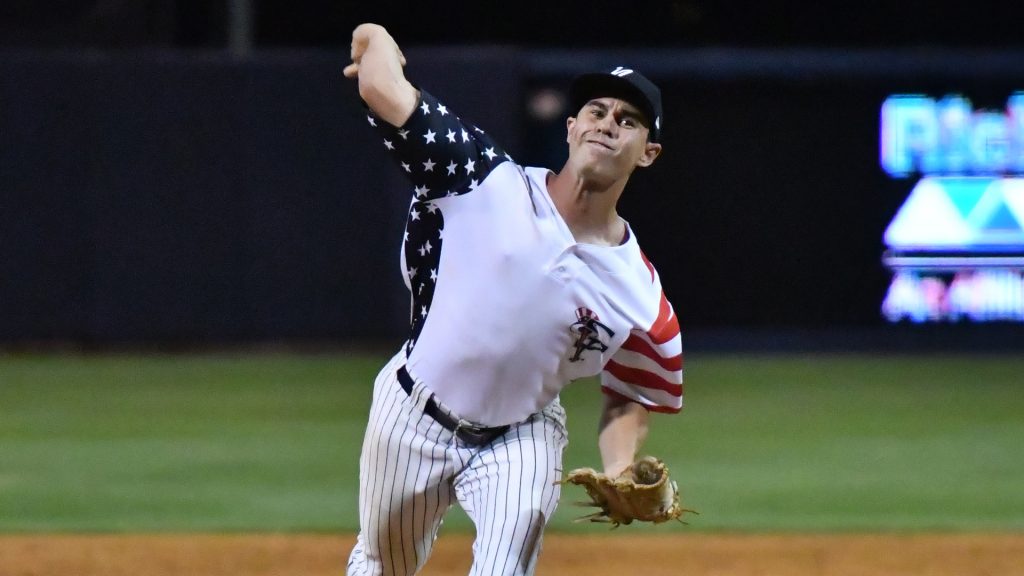 In the bottom of the fourth inning, Staten Island added two more runs.  Brian Reyes lined a single to left, went to third one a single by Cesar Diaz.  Diaz went to second on the throw to third.  After a line out by Wilkerman Garcia, Cody Brown would ground into an unassisted out at first base allowing Reyes and Diaz to score thanks to a throwing error by the first baseman.

The Yankees were not done there as they added another run in the bottom of the fifth.  Dalton Blaser walked, moved to second on a groundout and then to third on a wild pitch.  After a strike out by Nelson Gomez he would score on a single to right by Ryan Krill.

Braden Bristo pitched 1 1/3 innings and struck out three to finish the game off for the Yankees.