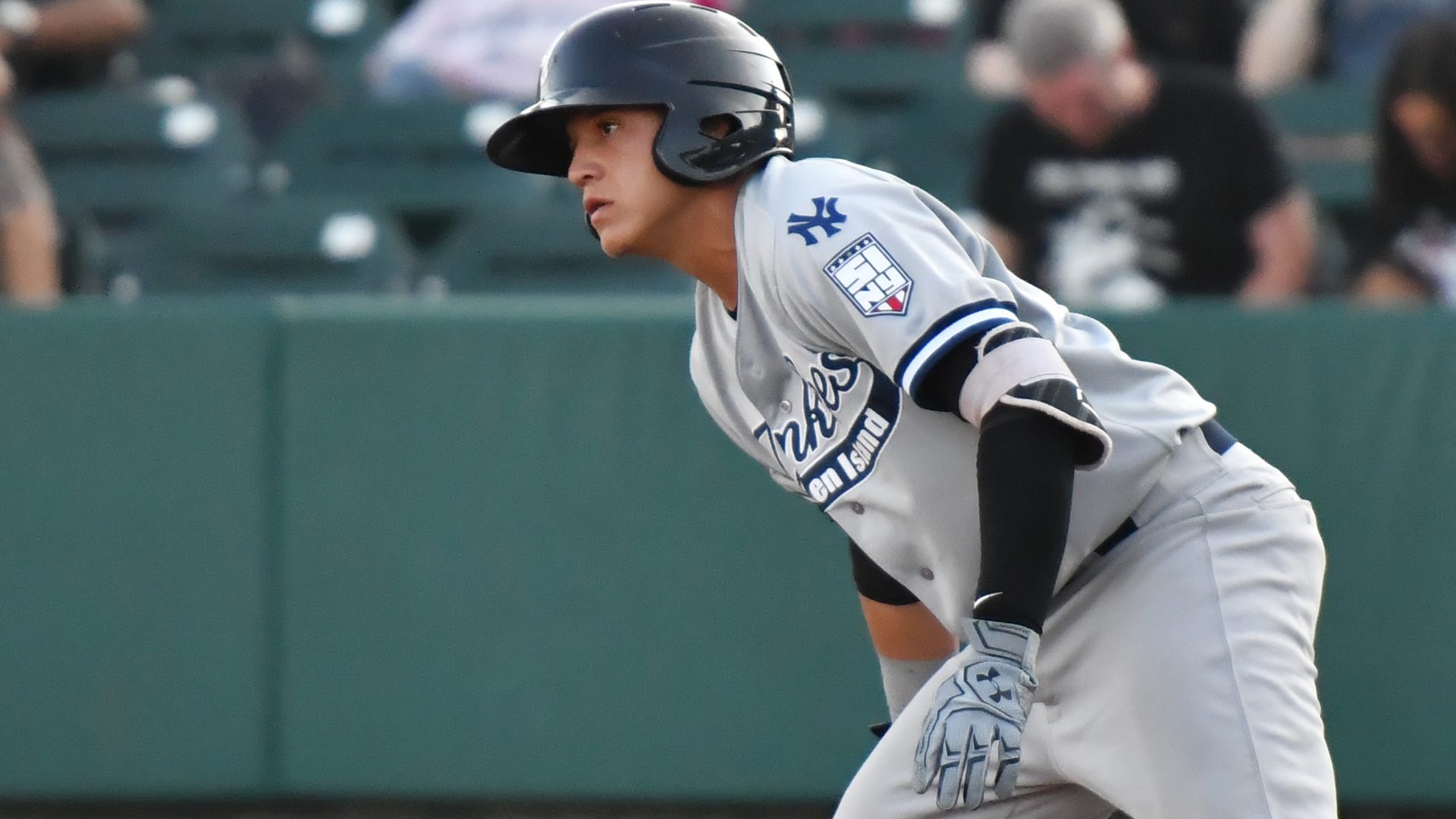 The Staten Island Yankees scored eight runs in the final two innings of the game to complete a come-from-behind victory over the Aberdeen IronBirds, clinching their 12th playoff appearance in team history and their third in the last three seasons.

Jio Orozco got the start for Staten Island but did not make it out of the first inning. Orozco allowed three unearned runs on a hit and three walks, striking out two batters in 2/3 an inning.  He was lifted with one-out left to go in the first for right-hander Paul Young.  Young made his Yankees debut allowing two runs on two hits and a walk over 2 1/3 innings and striking out five of the 10 batters he faced.

After the IronBirds plated three runs in the first, the Yankees would get one run in the top of the second.  Kendall Coleman line a single to center went to second on a ground ball single by Brian Reyes. Ryan Krill then line a single to center to load the bases to bring up Danienger Perez.  Perez grounded into a force out at second base that allowed Coleman to score.

Aberdeen plated two more in the bottom of the second to take a 5-1 lead.  But the Staten Island Yankees continued to chip away with another run in the top of the third.  With two-outs Manny Argomaniz double to left and scored on a single by Welfrin Mateo.

The score remained 5-2 until the bottom of the sixth inning when the IronBirds took what looked like a commanding lead, plating four runs off reliever Alex Bisacca.  Bisacca pitched three innings, allowing four runs on six hits and a walk while striking out two batters.

But in the top of the eighth inning, the Yankees bats started to come alive, playing three runs.  Timmy Robinson line a single to left to start the inning but was erased when Manny Argomaniz grounded into a force out at second, Argomaniz was safe at first.  Argomaniz moved to second on a single by Welfrin Mateo before Kendall Coleman hit his third home run of the season on a fly ball that went over the right field fence.

That put Staten Island within distance to strike in the top of the ninth inning where they scored five runs to take a 10-9 lead.  Danienger Perez singled to center, moved to third on the double by Cesar Diaz before Wilkerman Garcia lined out to third for the first out.  Timmy Robinson then struck out swinging to put two-outs on the board and bring up Manny Argomaniz.

With two-outs in the ninth, Argomaniz grounded a single up the middle, into center field off the shortstop to bring home both Perez and Diaz.  That cut the lead to 9-7.  Welfrin Mateo then singled to put two men on for Kendall Coleman, who doubled to center to clear the bases and tie the game up at 9-runs each.  Jason Lopez came up as a pinch hitter for Brian Reyes before a pitching change took place.  On the third pitch he saw, Lopez sent a fly ball into center field for his sixth double and the game-winning RBI.

Eduardo Rivera got the win with 1 2/3 innings of hitless ball, allowing two walks while Justin Kamplain earned his fifth save of the season with 1/3 of an inning of work.

Welfrin Mateo and Kendall Coleman each had three hits in the game.  Coleman accounted for 5 of the 10 Yankees RBIs while Manny Argomaniz went 2-for-4 with 2 RBIs.  Argomaniz and Coleman each scored three runs apiece.

With the victory, the Staten Island Yankees not only clinched their 12th playoff berth in team history but ensured that they will remain a top the McNamara Division alone for another day.  They remain one-game up on the Hudson Valley Renegades for first place.