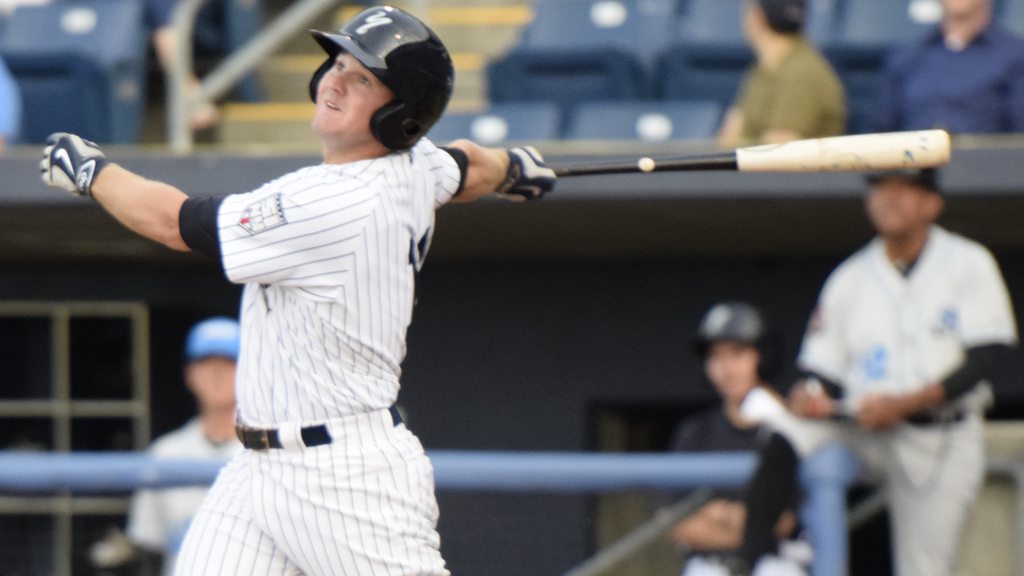 STATEN ISLAND, NY – After being no hit through the first 6 innings the Staten Island Yankees offense came alive in the bottom of the seventh last night but was unable to mount the comeback as the Hudson Valley Renegades took the series by the score of 7-5.

Renegades pitcher Angel Yepez looked sharp in his 6 innings of work, striking out 4 of the Yankees hitters, walking 2, and not allowing a hit. The 2 walks and a fielder’s choice was all the Staten Island offense could muster up early on in the game.

It was not until Hudson Valley made a pitching change to start the bottom of the seventh inning that the Baby Bombers were finally able to get into the hit column. Griffin Gordon and Jake Hernandez hit back-to-back singles to start it off, then Brandon Wagner loaded the bases with a walk. A passed ball with Drew Bridges at the plate brought home Gordon and moved the other runners up 90-feet. Then a wild pitch on the next pitch allowed Hernandez to score and set up Wagner to come home on the sacrifice fly by Bridges.

The fight continued in the bottom of the eighth inning for Staten Island as Kyle Holder reached on a throwing error by the shortstop and went to second on the errant throw. He then moved to third on a wild pitch and scored on a 1-out ground out by Jake Hernandez to cut the lead to 7-4.

The rally continued in the bottom of the ninth inning when Drew Bridges and Zack Zehner hit back-to-back doubles to cut the lead to 7-5. However the rally would end there as the Yankees could not complete the comeback.

Lefty Derek Callahan took the loss for Staten Island allowing 5 runs on 8 hits over 1 1/3 innings. Jonny Drozd pitched a solid 2 2/3 innings in relief, allowing a run on 3 hits and striking out 2. Cody Hamlin made his home debut throwing 2 shutout innings, allowing 2 walks and 3 strike outs. Lefty James Reeves also threw 2 innings and struck out 4. Michael Schaub pitched the ninth for the Yankees and was perfect in his lone inning of work.

The Staten Island Yankees now get to enjoy a rare off day before heading to Aberdeen for a 3-game series.