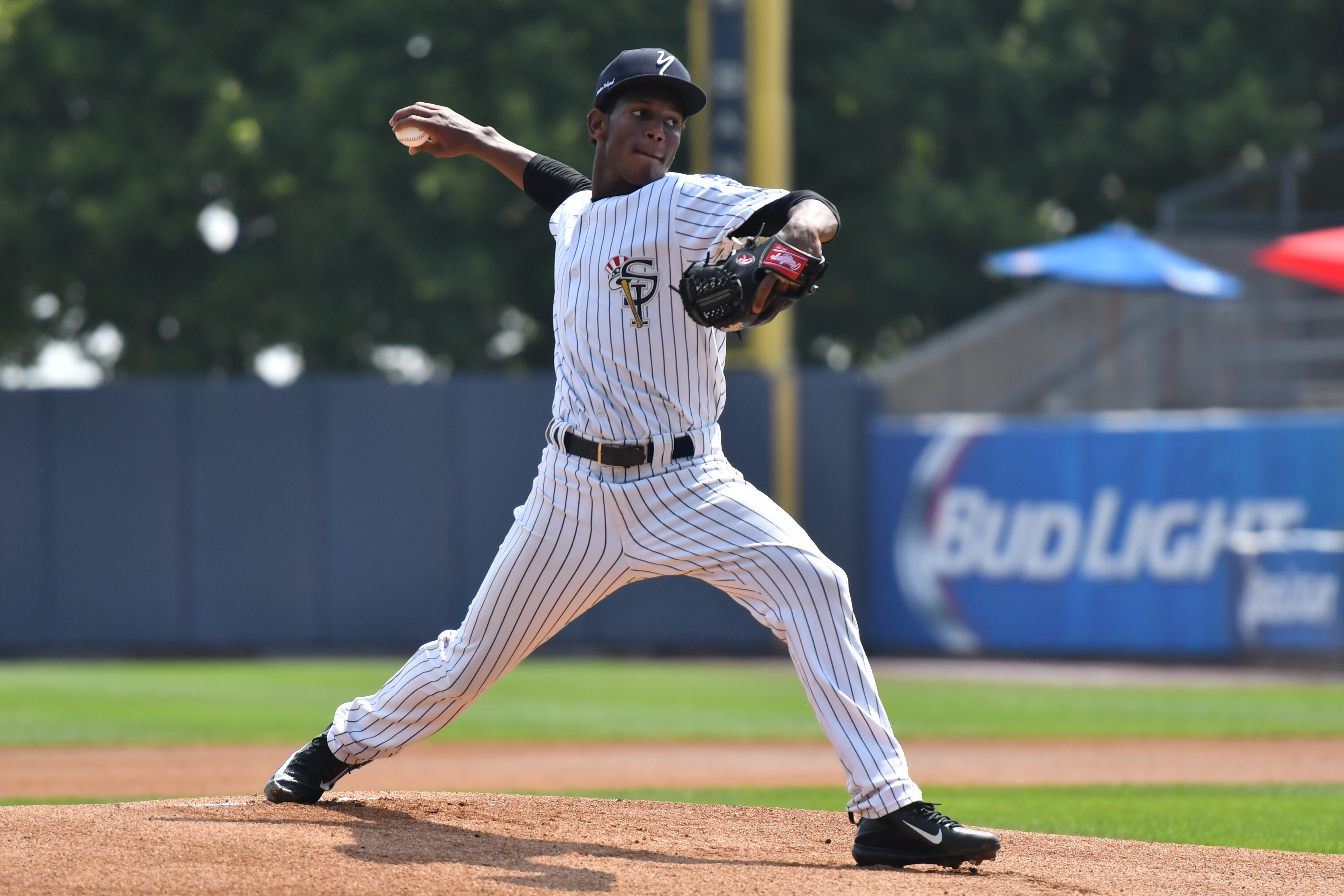 The Staten Island Yankees hosted an 11am game, as the first camp day of the season. Both teams would start the game off slow offensively, with Staten Island picking up the first hit for either side in the bottom of the third, on a Ricardo Ferreira infield single.

West Virginia would bring in the first run in the fourth inning, after an error by Second Baseman Jesus Bastidas. The runner on third scored on the play. The rally would end after Starting Pitcher Roansy Contreras picked-off a runner on first base.

The SI Yanks would get that run back in the bottom of the fourth. After an Alex Junior lead-off triple, Jesus Bastidas would make up for his error with an RBI single.

Roansy Contreras (0-0, 1.26) got the start for the Staten Island Yankees in this game. Contreras would get the no-decision, after pitching seven innings, giving up three hits, one run (unearned), walking one, and striking out nine. Contreras would sit 91-93 MPH with his fastball, using his curveball and changeup as well. Contreras struck out the side in both the second and fifth innings, looking dominant again.

“He was aggressive, throwing his off-speed stuff for strikes,” said Staten Island Manager Lino Diaz. “Just really aggressive; his fastball working. He was able to throw it, locate it, use it effectively. When he threw it up high, they were swinging at it.”

Drew Finley (2-2, 10.32) replaced Contreras in the eighth inning. Finley would pitch a perfect eighth inning, striking out one.

Andres Chaparro led off the bottom of the eighth inning with a solo homerun, bringing the lead to 2-1. Eduardo Torrealba hit a double to left, followed by a Jackson Thoreson walk. Both Torrealba and Thoreson were brought home on a no-out Ricardo Ferreira grounds-rule double. Ferreira advanced to third on a wild pitch, and was brought in by a Jesus Bastidas two-out double to left center. Junior Soto helped add the final run of the inning, on an RBI single to center.

“Big clutch hit by Chaparro. Guy has been grinding it out, working every day,” said Manager Lino Diaz. “It is good to see him come through like that.”

Drew Finley came back out for the ninth inning, after the offense brought in five runs in the bottom of the eighth. Finley gave up two hits, two runs, and hit a batter in the inning. He eventually got out of it the jam, earning his second win in as many appearances.

Roansy Contreras had great stuff in this game, pitching a career-high seven innings.

Staten Island Manager Lino Diaz did highlight what Ricardo Ferreira did today, especially since he has not been playing consistently:

“The biggest thing I am proud of is Ricardo Ferreira. He hasn’t really played that much, but he came in and had that kind of at bat [eighth inning double], and give us some more runs; some insurance. Those are some good things.”

The Staten Island Yankees are now on a seven-game winning streak, winning all seven games of the homestand. The SI Yanks are also 13-2 during the month of July.

Keith Skinner was returned to Tampa, after finishing his rehab assignment. In a corresponding move, Jackson Thoreson returned to the Staten Island roster.