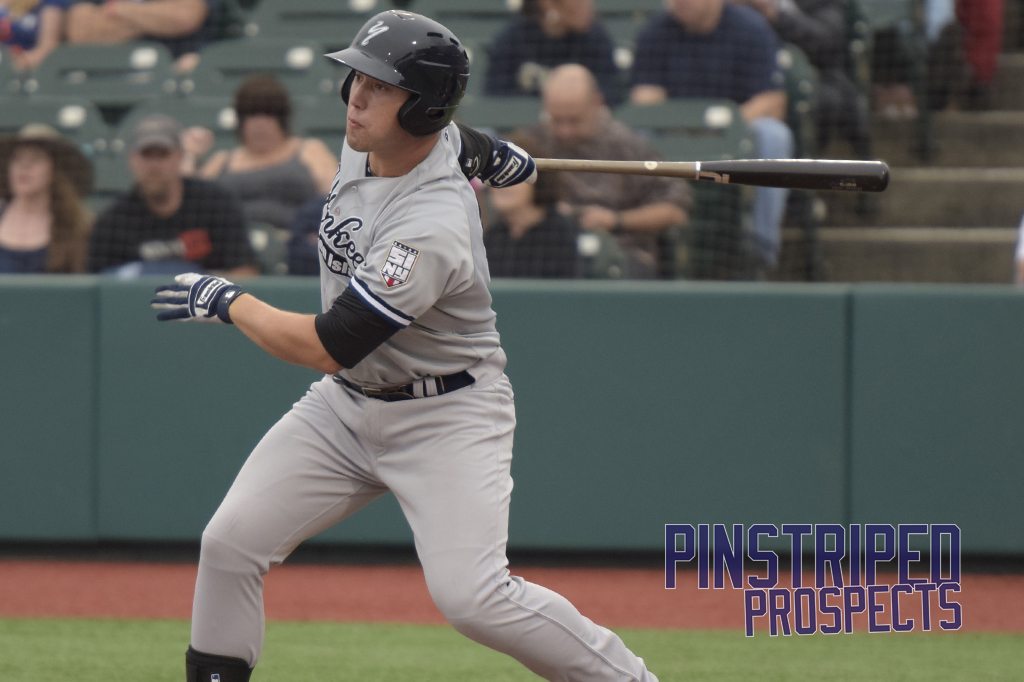 It took 3 hours and 30 minutes and 11 innings but the Staten Island Yankees came out victorious over the Vermont Lake Monsters to win the three-game series and tie the Lowell Spinners for the best record in the league.

Staten Island got out to an early lead in the top of the first inning.  Ricardo Ferreira walked, stole second with 1-out and then came home to score on a single by Mandy Alvarez.  Vermont was able to answer in the bottom of the second and tie the game after a double by Jhonny Rodriguez, moving to third on a ground out and then scoring on a wild pitch.

The Lake Monsters took the lead in the bottom of the fourth inning.  Miguel Mercedes started it off with a soft fly ball single to right, moved to second on a wild pitch and then to third on a single by JaVon Shelby before scoring on a force out at second.

Vermont remained in the lead until the top of the seventh inning when the Yankees managed to tie the game up at 2-runs each.  Chris Godinez was hit by a pitch, moved to third on a wild pitch and after Ricardo Ferreira walked he scored on another wild pitch.

With the game all tied up at 2-runs the teams would enter extra-innings where the Yankees would take the lead thanks to a leadoff homerun by Drew Bridges that went over the right field fence.  It was his first homerun of the season and the second Staten Island Yankees homer.

Timmy Robinson was the lone Yankees hitter to have more than 1 hit with 2 hits in the game. Freicer Perez started the game, allowed 2 runs on 4 hits and a walk, striking out 6 batters.  Claudio Custodio and Taylor Widener each had a shutout inning of work before David Palladino took over.  Palladino pitched 3 innings allowing 3 hits and 6 strikeouts to earn the win.  Eduardo Rivera earned the save with a shutout inning and 2 strikeouts.

On Tuesday the Staten Island Yankees travel to Hudson Valley to take on the Renegades in their first game of the season.  Simon De La Rosa is the scheduled starter for the Yankees.