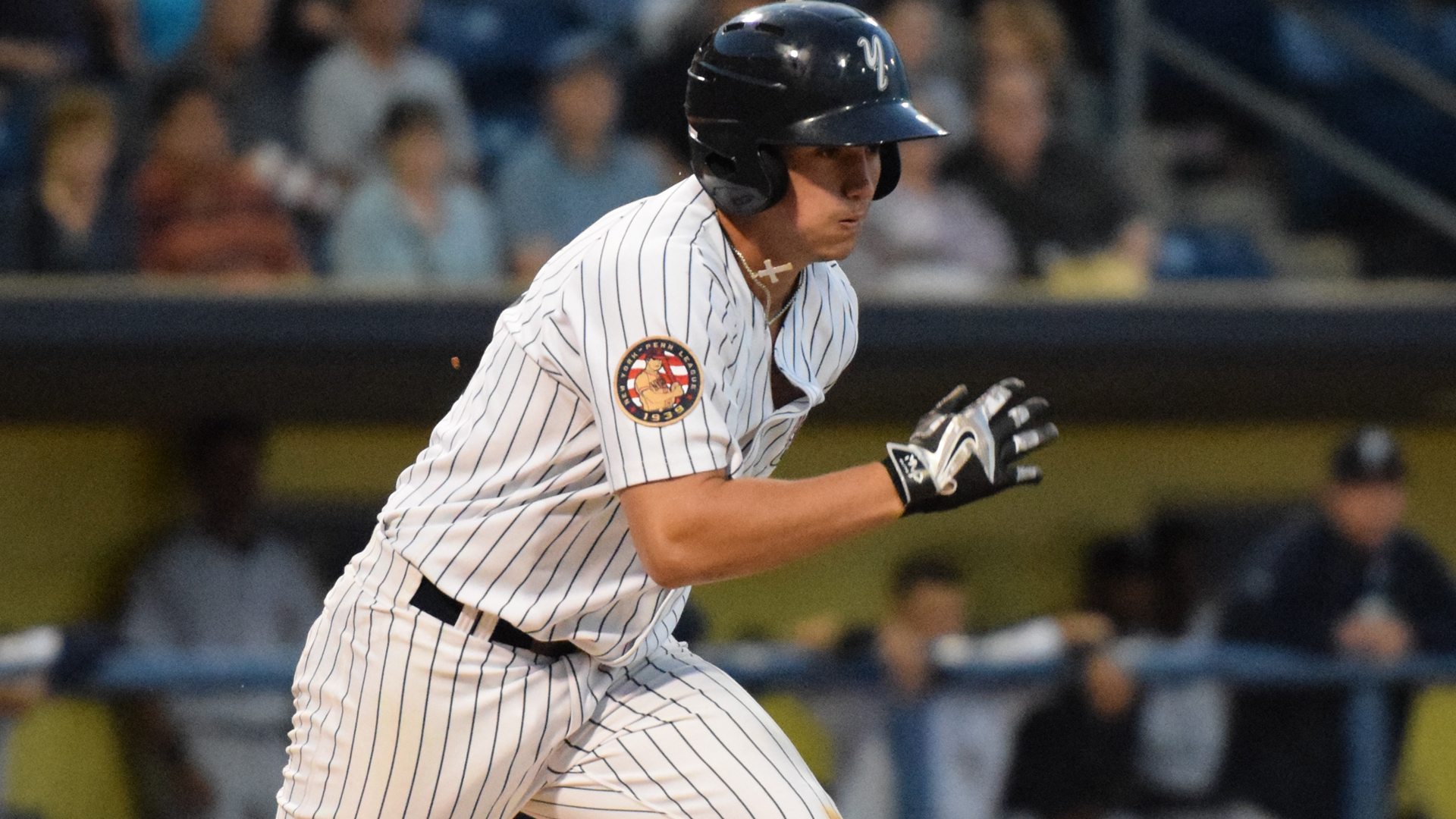 After 10-innings and 3 hours and 15 minutes the Staten Island Yankees found themselves in a rather familiar spot, celebrating a walk-off victory in extra innings.  Something they have done once before, in the 10th inning in the second game of the season.  A game which coincidentally featured the same 2 pitchers as this game.

With the bases loaded and 1-out a wild pitch by West Virginia pitcher Yunior Montero would bring home 2016 second round pick Nick Solak giving them their second consecutive win and the series against the reigning NY-Penn League champions.

How did they get to this spot, the third extra inning game of the young season?  Well that started way back in the top of the fourth inning when the West Virginia Black Bears touched the Staten Island starter, Drew Finley for 1 run.  Staten Island-native Kevin Krause singled to center with 1-out and came to score on a 2-out double to right by Chris Harvey.

That would be the first of 2 runs West Virginia scored off of Finley.  The second run came in the top of the sixth inning.  Jordan George walked with 1-out, stole second, moved to third on a fly out and after a pitching change he scored on a single by Matt Diorio.

Staten Island responded by tying the game up at 2-runs a piece in the bottom half of the sixth inning. Nick Solak doubled, to break the no-hit attempt with 1-out before Kane Sweeney walked with 2-outs.  Dalton Blaser then doubled, his first extra base hit, to clear the bases.

West Virginia once again took the lead in the top of the seventh inning off of reliever Josh Roeder.  Tyler Leiffer and Erik Forgione singled back-to-back to open the inning, then Sandy Santos laid down a sacrifice bunt to move the runners over. Ty Moore then was hit-by-a-pitch before Will Craig hit a sacrifice fly out to right field.

The score remained 3-2 in favor of the Black Bears until the bottom of the eighth inning.  Dom Thompson-Williams reached on a throwing error, stole second and moved to third on a fly out by Nick Solak, then Mandy Alvarez doubled to left on a line drive to tie the game.

Both teams would then be unable to finish it off in nine innings, forcing the game into the tenth.  West Virginia would get two-men on in their half of the inning but unable to bring home a run.  In the bottom of the tenth Nick Solak, Mandy Alvarez and Kane Sweeney all walked to load the bases.  After a strike out looking by Dalton Blaser the Black Bears reliever Yunior Montero would bounce the pitch right in front of the plate, forcing the ball to go away from the catcher, giving Solak enough time to hustle home and give Staten Island the victory.

With that the Baby Bombers improved to 7-1 on the season, the second best record in the league behind only the Lowell Spinners who continued their undefeated streak.  After the game the Yankees boarded the bus to Vermont for their first road trip of the season, a 3-game set against the Vermont Lake Monsters.