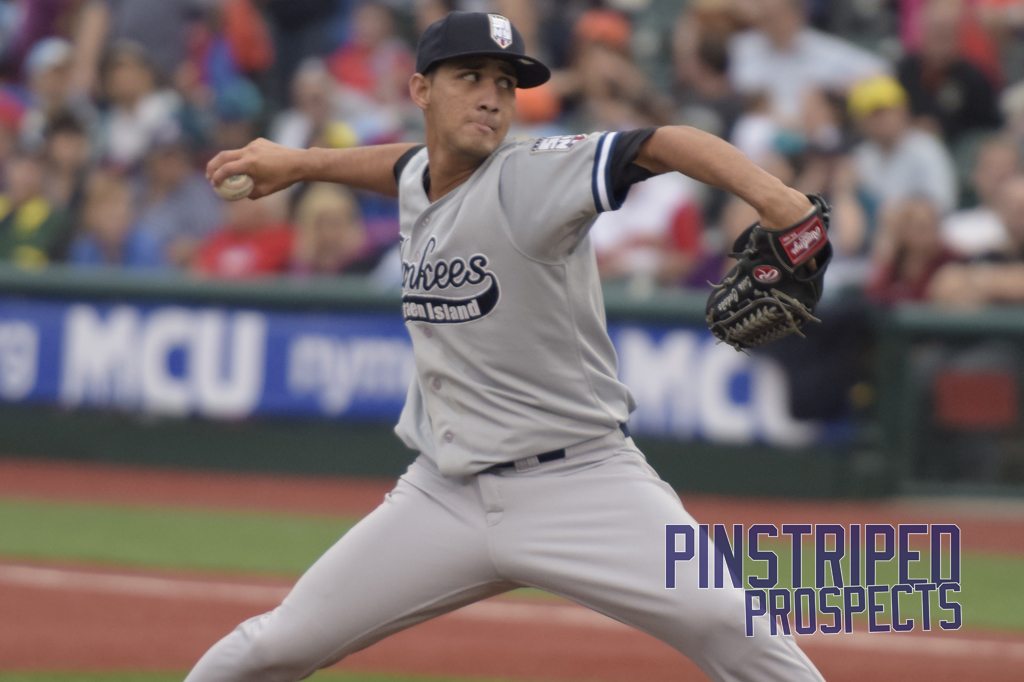 MORGANTOWN, WV – The Staten Island Yankees find themselves down 1-0 in the 2015 New York-Penn League Championship Series after they fell to the West Virginia Black Bears 4-3 in 11 innings on Monday night.  Both teams were fresh off the bus with the Yankees making an almost 7 hour drive from Staten Island to Morgantown for the game and after both teams boarded their buses to head to Staten Island.

The Staten Island Yankees struck first scoring the first run of the ballgame in the top of the second inning thanks to a solo home run by left fielder Zack Zehner.   The lead did not last very long as the Black Bears were able to plate 3 runs in the bottom of the third off of starter Kolton Mahoney.  Mahoney went just 3 innings allowing 3 runs on 5 hits and 2 walks while striking out only 2 batters.  He struggled, throwing 62 pitches in those 3 innings.

Mahoney was lifted for Luis Cedeno in the fourth inning.  Cedeno, who is usually a starter, was solid on the mound for the Yankees.  Striking out 8 batters and allowing just 5 hits and a walk in 6 shutout innings of work.

Down 3-1 going into the top of the eighth inning the Baby Bombers would tie the game, plating 2 runs.  Drew Bridges worked a pinch-hit walk and scored on a double to left by Zack Zehner.  After a pitching change Zehner moved to third on a ground out by Eduardo de Oleo before scoring on a ground out by Brandon Wagner.

There the game would remain deadlocked until the bottom of the eleventh inning.  Jonny Drozd was in his second inning of work when he was lifted with 1 out in the inning with runners at second and third for Michael Schaub.  Schaub then allowed a single to center to give West Virginia the walk off victory and the lead in the series.

Tuesday night these two teams will meet again in the best-of-three series as they will play at the Richmond County Bank Ballpark in St. George.  New York Yankees top pick James Kaprielian is scheduled to make the start for the Staten Island Yankees.