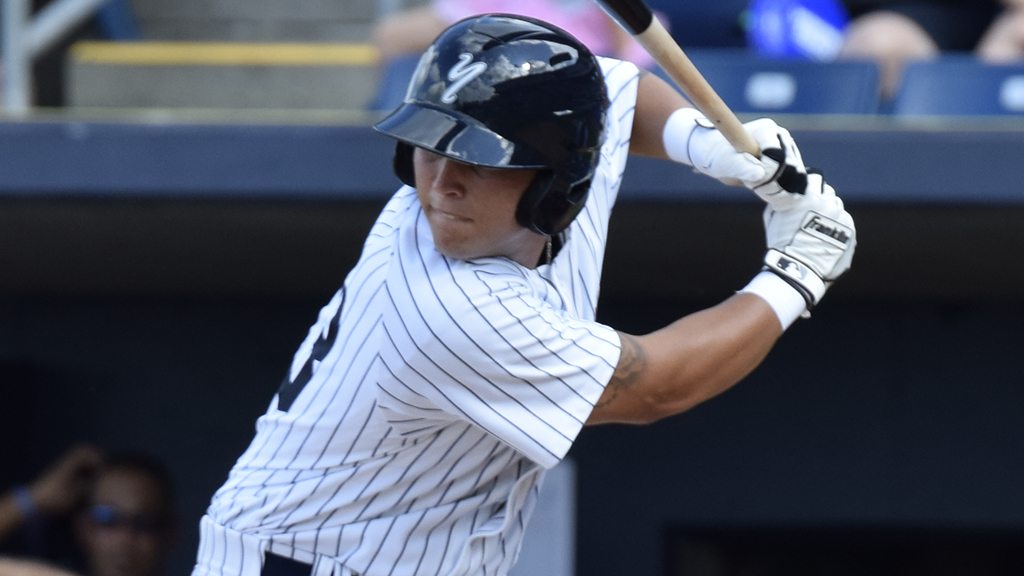 STATEN ISLAND, NY – The Baby Bombers out hit their crosstown rivals but ultimately fell to the Brooklyn Cyclones 4-3 on #BeatBKLYN Night. Brandon Wagner continued his strong hitting with a 3-hit game.

Brooklyn started the scoring off in the top of the second inning. With Zach Mathieu at first base and David Thompson at third and 1 out in the inning, Mathieu was caught trying to steal second. That allowed Thompson the chance to come home on the throw.

Staten Island came into the bottom of the fifth inning with just 2 hits on the scoreboard. Drew Bridges flew out to left to start the inning, then Eduardo de Oleo lined a double to left before moving to third on a wild pitch. Ryan Krill grounded a ball in to right field o ring home de Oleo and give the Yankees their first run of the game. Brandon Wagner lined a double to right to put men at second and third with one out. Junior Valera was up next earning the RBI on a ground out to second base. Krill scored on the play while Wagner moved to third. Zack Zehner then doubled on a line drive to left field, scoring Wagner and cutting the Brooklyn led to just 1 run.

Ryan Krill and Eduardo de Oleo had 2 hits in the game while Zack Zehner and Jhalan Jackson had 1 hit.

Luis Cedeno took the loss in the game, allowing 4 runs on 5 hits and 2 walks while striking out 3 batters. Jose Mesa Jr. pitched 2 2/3 innings allowing just a 1 hit and a walk while striking out 5 of the 10 batters he faced. Josh Roeder finished the game allowing a hit and walk in 1 1/3 innings of work.

Saturday night the Staten Island Yankees open a 3-game series with the Lowell Spinners. Derek Callahan is expected to get the start for the Baby Bombers. It is also FDNY night sponsored by Neoti, the first 2,500 fans ill receive a Dellin Betances bobblehead.