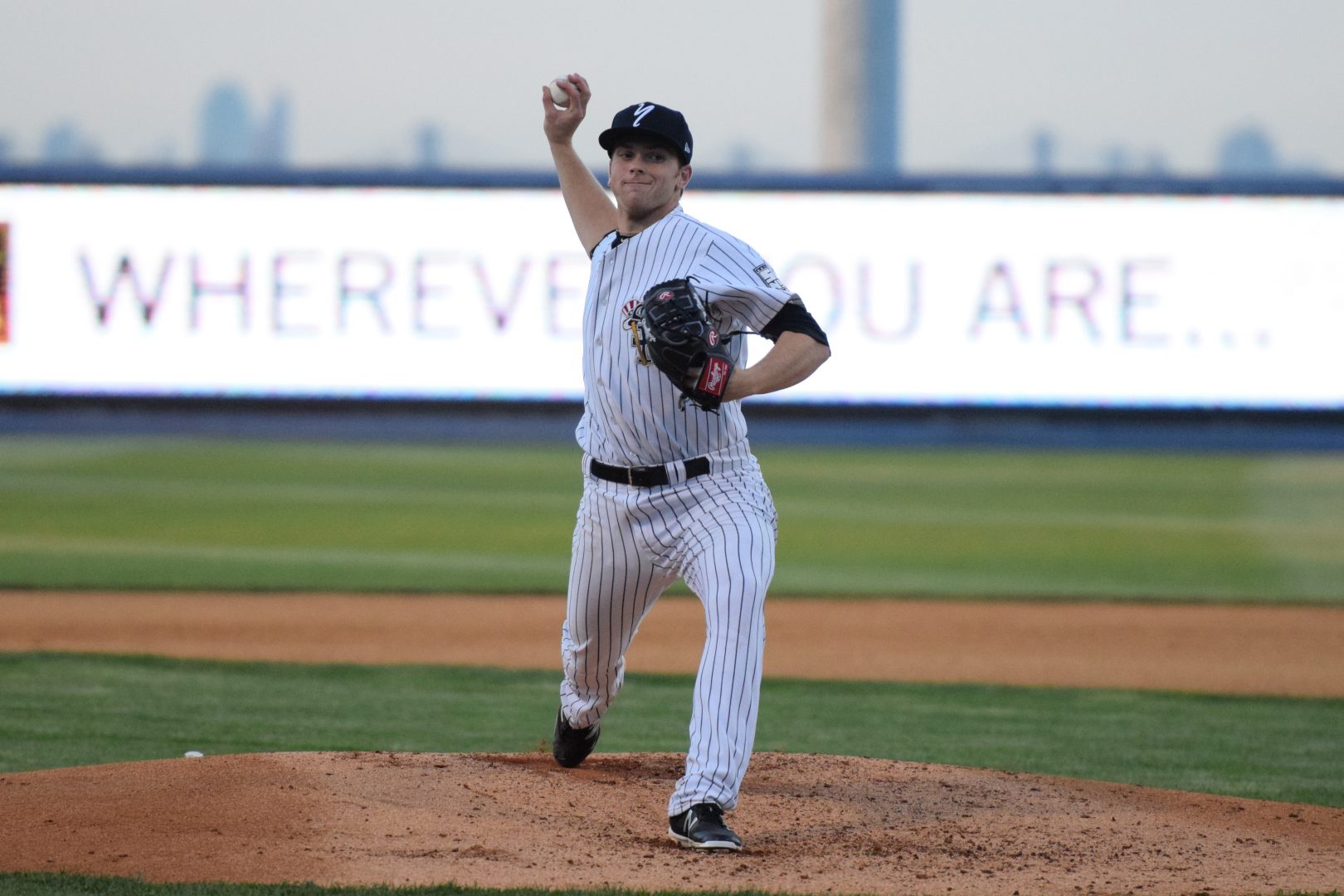 BROOKLYN N.Y. – After splitting their doubleheader with the Brooklyn Cyclones on Saturday, the Staten Island Yankees looked for their seventh straight series win in Coney Island to open the season on Sunday, but the Cyclones’ pitching and offense were up to the task in a 6-4 defeat.

“It’s one of those days like I have been having saying from the beginning of the year. We will have some of those days, and today we did not score as many runs as we wanted to and I have to give credit to our opponent,” Staten Island manager Julio Mosquera said. “They hit the ball well and played some good defense. This happens to any team in sports. It’s our job to bounce back on Tuesday.”

The last time Drew Finley started a game against the Cyclones was June 18, 2016, when he combined with Josh Roeder for a ten inning no-hitter. This time around, the results differed. Finley pitched flawlessly for the two innings, retiring the side in order, but the Cyclones tagged him with five hits and four runs in the third.

Four Cyclones reached base to start the inning with Reed Gamache doubling home two runs for a four-run advantage. Brooklyn tagged Finley for two more runs in the fifth on Quinn Brodey‘s two-run double, ending his day after 4.1 innings, with seven runs and six hits allowed to take the loss.

“I don’t say he pitched badly at all,” Mosquera said. “They (The Cyclones) made adjustments on him, and he fell behind in the count against a couple of hitters, but to me, he competed as well as any of our pitchers. He gave us a chance. They are professional hitters on the other side, and they can make adjustments against any pitcher.”

When a team opens a season like Staten Island, no deficit becomes too difficult to overcome. A clear example came in the fourth inning when Brodey misplayed an Oswaldo Cabrera fly ball down the line in left field, cutting the lead to 4-2. The Yankees added two more runs in the following frame on Ryan Krill‘s two-run triple to shallow center and evened the score. Despite falling behind, the club kept its composure and did their part trying to remain in control.

“These guys never quit until the last out, so I don’t worry too much when they fall behind. They go out there and compete every single day and today was just one of those days where they didn’t get it done. You have to have the mentality that you can never quit when you fall behind. This is what they do every day.”

Michael Gibbons made his second rehab start for the Cyclones, allowing four hits and two runs in 3.1 innings of work. The combination of Darwin Ramos, Trey Cobb, and Keaton Aldridge held Staten Island to just two runs (none earned) through 5.2 innings following Gibbons’ exit and proved capable of preserving the victory. The Cyclones’ relief corps entered play with a 6.38 ERA but did not allow a hit in the final two innings of the game.

“They did their job keeping our hitters off balance. They did a good job with that, and they were able to stay ahead in the count. You also have to give them credit for their effort. Our hitters have to stick to their plan, and today they (The Cyclones) were a little bit better than us.”

Sunday’s defeat drops Staten Island’s record to 15-4 and ends their streak of seven consecutive series wins to open the 2017 season. The club will return to action for a doubleheader on Tuesday at home against the Vermont Lake Monsters and play two seven-inning games after rain caused the postponement of the series finale in Burlington on June 30.