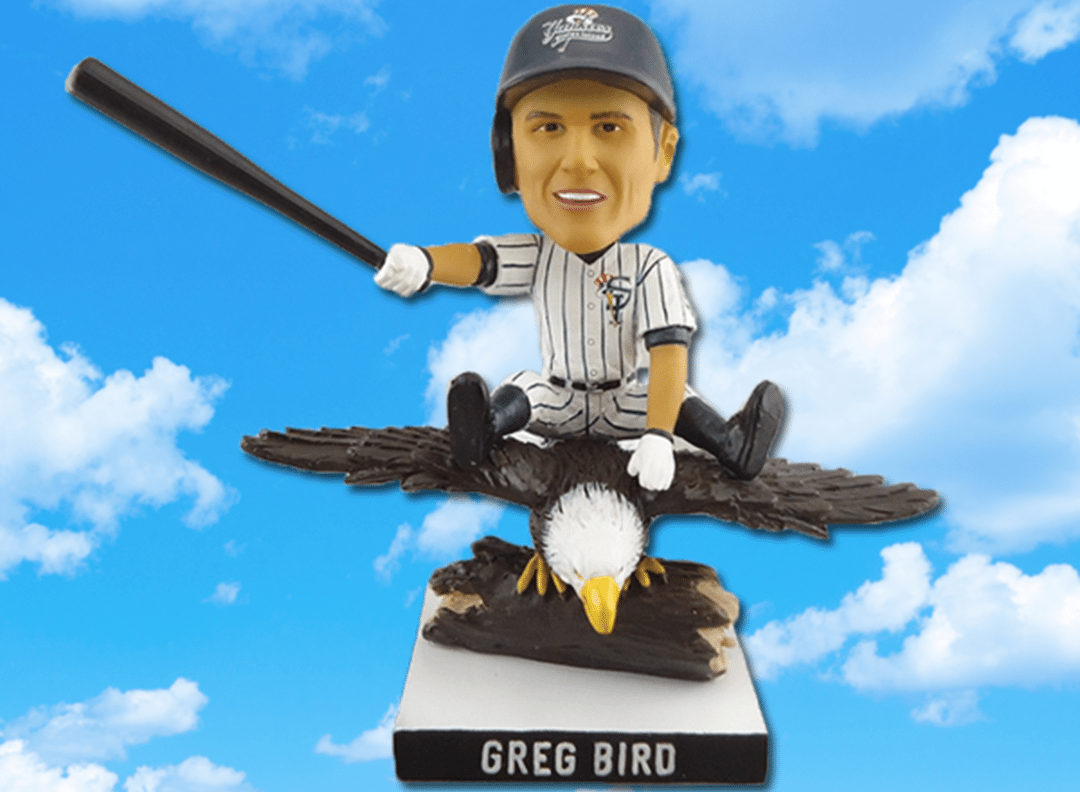 The 2016 Staten Island Yankees season is a week away but the Baby Bombers are already making a splash with their promotional schedule.  This past Monday the Yankees unveiled the first of two special bobblehead giveaways they will be handing out to fans when they enter the Richmond County Bank Ballpark and the reaction was positive to say the lease.

The first bobblehead giveaway of the year is of course none other than popular Yankees first baseman Greg Bird, who spent 11 games with the Baby Bombers in 2012.  While the Scranton/Wilkes-Barre RailRiders made a splash with their Bird in an Egg Bobblehead the Staten Island giveaway is of the first baseman riding a top of a bald eagle.  As MLB.com’s Cut4 called it, “it is majestic.”

Check out a roundup of the talk on social media below, including 2015 first-round pick James Kaprielian‘s reaction.