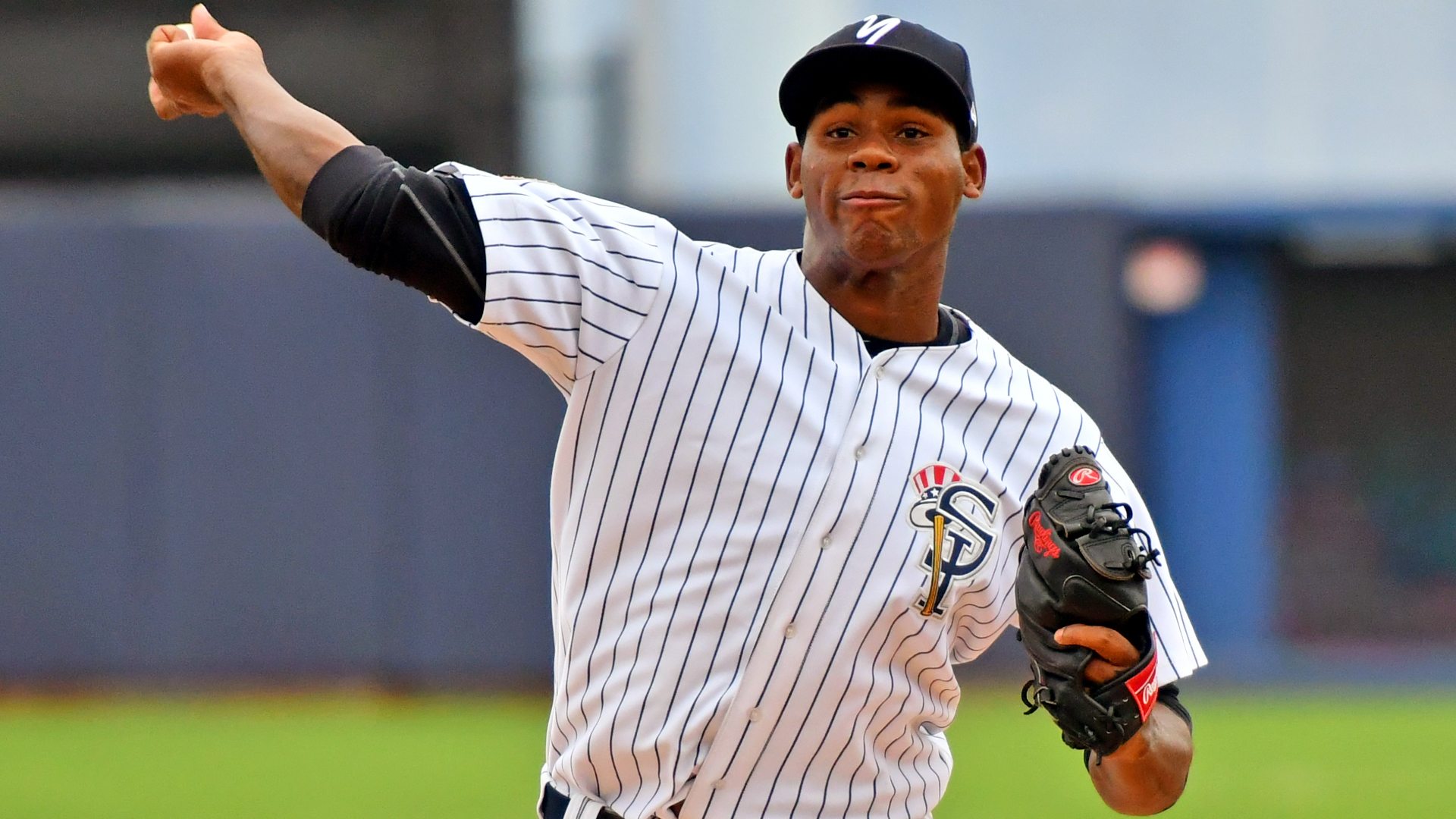 “It’s always good when you bounce back,” said Staten Island Yankees manager Julio Mosquera, “it was a great game, 1-0.  It’s good to see the guys doing what they have been doing all year.  The pitching staff all on their own giving us a chance and guys scoring when we need to score and playing good defense.  It’s good to see from the guys.”

The lone run of the ball game came in the bottom of the third inning.  With two-outs on the board, Cesar Diaz singled on a beautifully placed bunt single right in front of the plate.  He moved to second on a walk to Cesar Diaz and then scored on a line drive single by Timmy Robinson.

The Staten Island Yankees had a combined seven hits in the game, including two hits apiece for right fielder Cesar Diaz and first baseman Manny Argomaniz.

Guzman earned his fourth victory of the season allowing just three hits and a walk over six innings and struck out seven batters to increase his league-leading strikeout count to 78 strikeouts over 57 2/3 innings.  He hit over 100 miles per hour multiple times throughout the game, including hitting 102 MPH a couple of times.

“He attacked hitters today,” said Mosquera, “he started off slow in the first inning but after that he came back and made his pitches.  It’s fun to watch, it’s electric.”

Weissert pitched one inning before handing the ball over to Kaleb Ort.  Ort pitched two innings and struck out three of the seven batters he faced.

On Tuesday the Staten Island Yankees travel to Aberdeen, Maryland to open a three-game set with the Aberdeen Ironbirds.  The Yankees are 5 ½ games up on Aberdeen, who currently sit in third place in the Division and 5 games up on second place Hudson Valley.