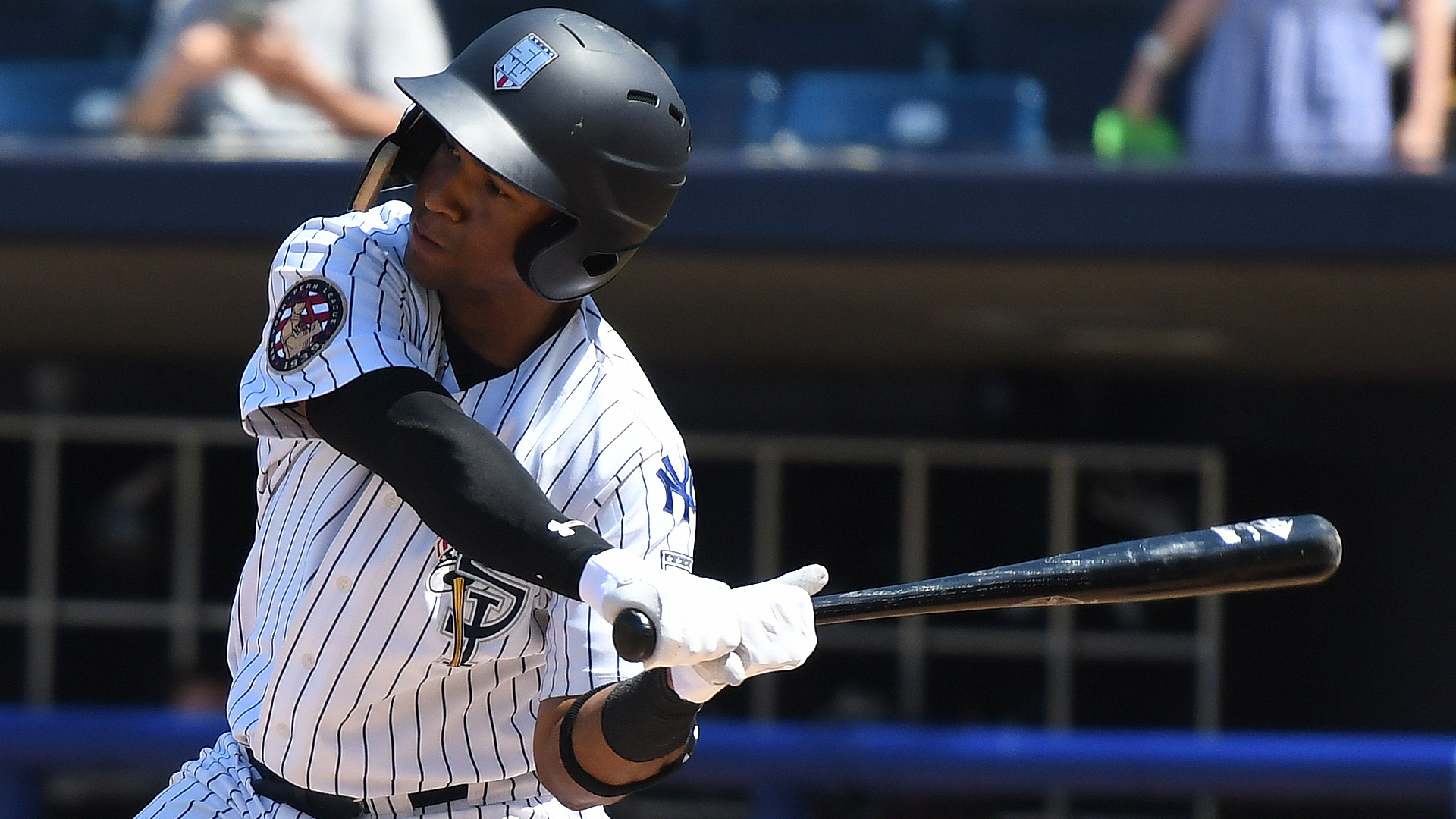 Contreras was impressive last year reaching the GCL in his first professional season. The 18-year old is being moved aggressively through the Yankees system. Contreras throws a mid-90s fastball, with a curveball, and a changeup. 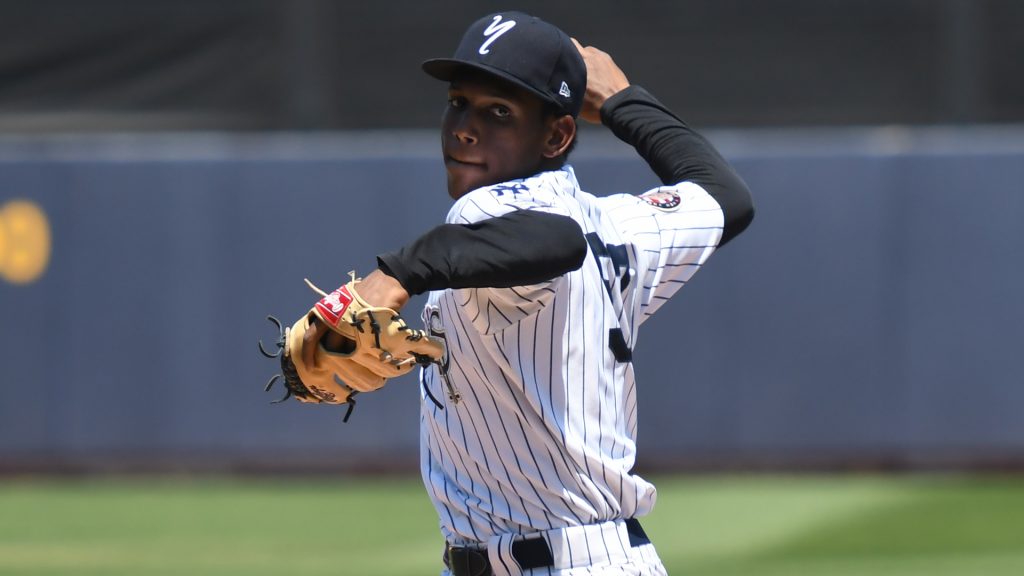 The Yankees starter would pitch the first five innings of the game, giving up five hits, two runs (all earned), two walks, and struck out seven. This is the highest strikeout total in his career, topping a game last year against the DSL Mets, where he had six.

“Contreras has pretty good stuff”, said Yankees Manager Lino Diaz. “He left some pitches up early on, and they got to them. I thought it was a very positive outing for him. He has a good fastball, changeup, and breaking ball. Young guy, very athletic. Live arm.”

Shawn Semple relieved Roansy Contreras in the sixth inning. Semple would pitch for three innings, giving up five hits, two runs (all earned), one walk, and five strikeouts. Semple will likely be coming into games after Roansy Contreras in future games, piggy-backing off him in this game. 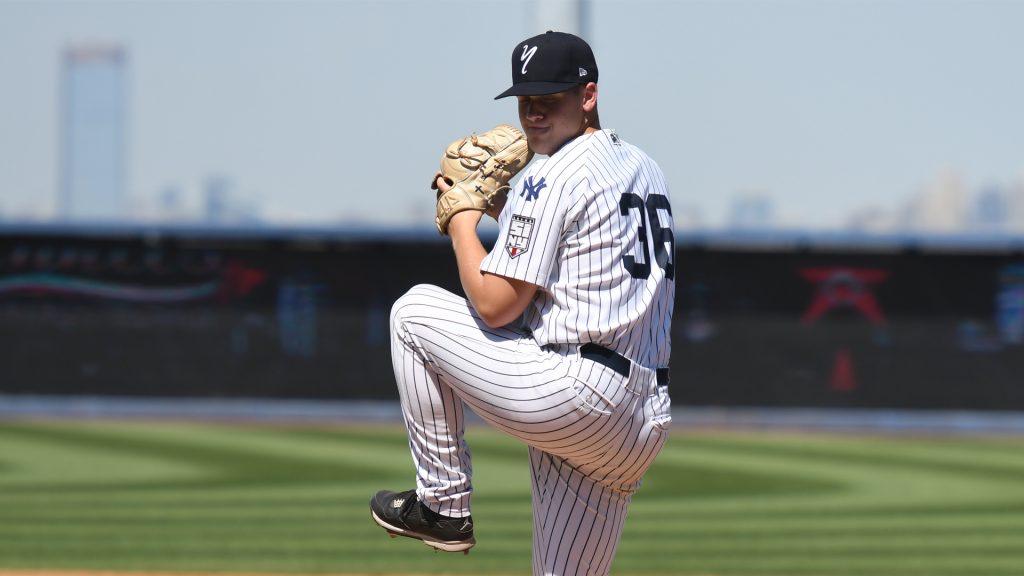 “We piggy-backed them,” Diaz said about how these pitchers will be used. “They are both considered starters”, he added. “Mostly because of the limit on the pitches. I thought they both competed well.”

Semple was effective in his first two innings of work, relying on his fastball and knuckle curve.

“Semple pitched to contact well.” Diaz speaking of Semple’s performance. “One thing he was using today that was very effective was the knuckle curve. It was very good, and he got a lot of strikeouts with that.”

Daniel Alvarez would come in for the ninth, having a perfect inning with two strikeouts.

The offense has been struggling this season. The one player who seemed to always be involved in rallies this series was Frederick Cuevas. In this game, Cuevas went 2-4, with a double, and a run scored.

“He is what we call a gamer”, Diaz speaking of Cuevas. “He is one of those guys, once he competes, if he gets a chance to, he will hurt you. That’s what he has done. Getting the best out of his opportunities. You can always expect him to be in the highlights.”

Fittingly, Cuevas struck out looking on three pitches to end the game.

As the Staten Island Yankees have three coaches with the team, the first base coach duties have been done by committee. This responsibility will be given to a bench player each night. Andy Diaz was the first base coach in this game, after doing so in the season opener. Lino Diaz confirmed that the team is in the process of hiring another coach to fill that role, but this practice will continue until that coach is hired.

Ricardo Ferreira returned to the lineup in left field, after serving as the First Base Coach for portions of the previous game. Canaan Smith moved from Left Field to DH, and moved down to the cleanup spot in the order, switching spots with Centerfielder Junior Soto. Jerry Seitz returned to the lineup, replacing Ryan Lidge in a day game after a night game. Ricky Surum also got his first appearance of the season, replacing Eduardo Torrealba at shortstop.

In another rough offensive game for the Staten Island Yankees, the lone player with a multi-hit game was Frederick Cuevas, going 2-4. Roansy Contreras did pitch well in his five innings. Canaan Smith also showed a very patient approach and recorded an RBI single.

There were no announced roster changes prior to this game.

Roansy Contreras was one of the top Yankees Signings of the 2016 International Free Agent Period. The New York Yankees were still under penalty for the 2014 International Class, and could only spend up to $300k on a prospect.

The Staten Island Yankees will visit Lowell for a three-game set (6/18-6/20/18). Each of these games will be a 6:35 pm start. The starters for the next three games are Harold Cortijo, Juan De Paula, and Nolan Martinez.