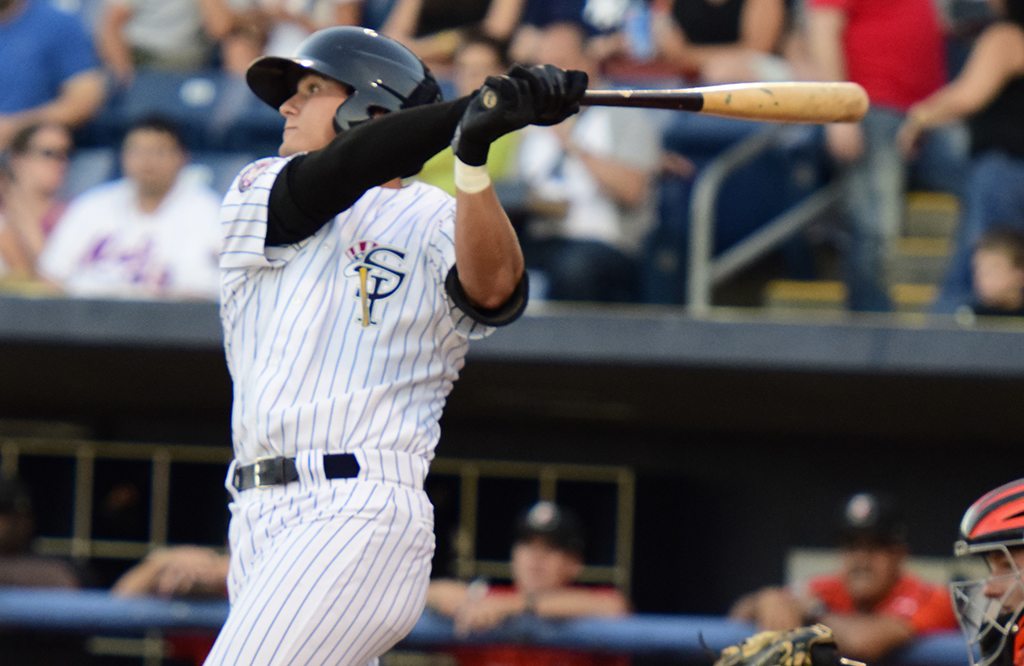 Kevin Cornelius had 3 hits in the game (Robert M Pimpsner)

After losing to the first place Williamsport Crosscutters (34-19) Wednesday, the Staten Island Yankees (26-25) fell once again to the Crosscutters, 7-3.

Williamsport put their first dent in the scoreboard in the top of the third inning. The Crosscutters collected five consecutive singles from Dylan Bosheers, William Cuicas, Carlos Duran, Venn Biter and Josh Tobias, pushing four runs across the plate in the inning on Staten Island starter Derek Callahan (L, 4-3).

The Yankees cut into the Crosscutters’ lead in the bottom of the fourth inning. Staten Island got three singles in a row from Kyle Holder, Thairo Estrada and Kevin Cornelius to load the bases. Jhalan Jackson then drew a walk to bring Holder across for the first run of the game. With the bases still loaded, Zack Zehner grounded out to third base, allowing Estrada to score the second run of the inning.

The Crosscutters added insurance to their lead in the seventh inning. Biter singled to right field, then advanced to third on a Tobias double to right. Biter came across to score in the two batters later as Jesus Posso singled to left. Tobias was able to score after the next at bat with Jan Hernandez grounding out to third base. Austin Bossart capped off the inning for Williamsport, singling to left field to bring home Posso for a 7-2 lead.

Staten Island added another run in the final frame. All-star Junior Valera doubled to right field then scored as Kyle Holder singled to center field, giving the game its final score of 7-3.

The two team are back in action at Richmond County Bank Ballpark on Friday at 7 p.m. as the Baby Bombers look to avoid the sweep.