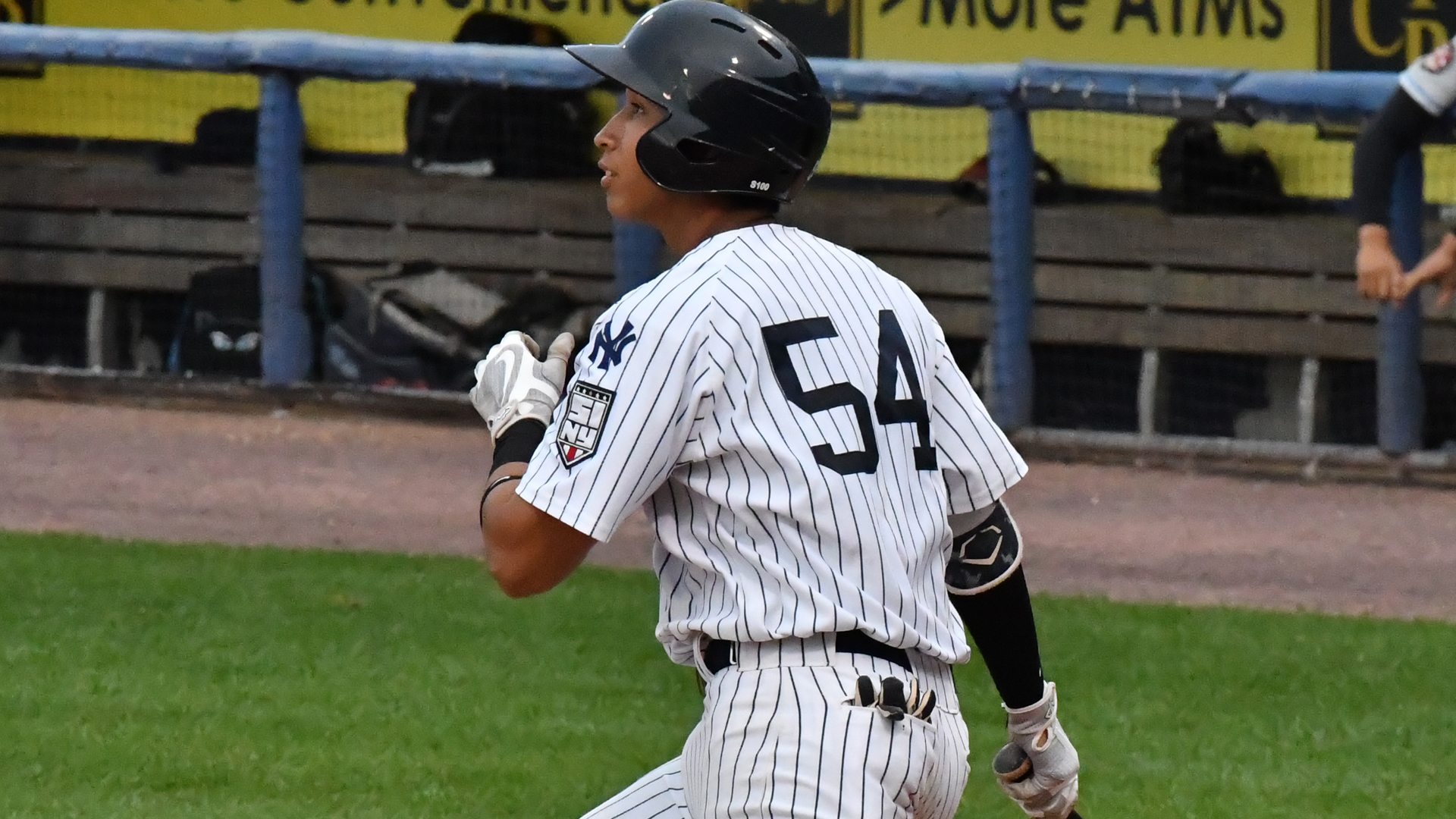 The Staten Island Yankees continued their strong start to the 2017 season, defeating the Hudson Valley Renegades 5-3 at the Richmond County Bank Ballpark.

After falling behind 1-0 to the Renegades in the top of the second inning the Staten Island Yankees had to work to tie it in the bottom of the fifth.  Jason Lopez singled, moved to third after back-to-back walks to Cody Brown and Cesar Diaz.  Oswaldo Cabrera would get the game-tying RBI on a line drive single to right, scoring Lopez.

With the bases loaded Wilkerman Garcia came to the plate and grounded the ball into right field to bring home Brown and give the Yankees a 2-1 lead.  Dom Thompson-Williams grounded into a force out at second base that brought home Diaz.  That brought up Dalton Blaser to the plate.  With Blaser batting, Dom Thompson-Williams was picked off and caught stealing at second base, but the rundown allowed Cabrera to score, giving a 4-1 lead. 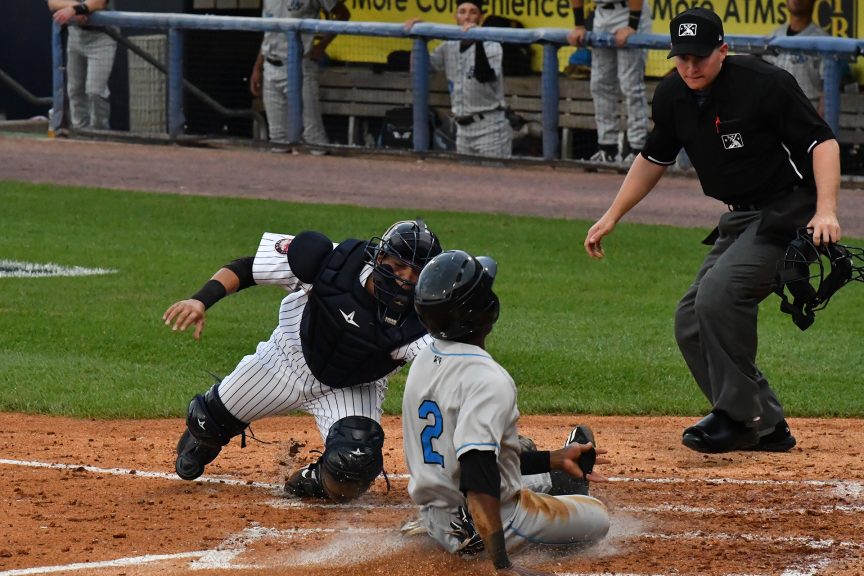 Staten Island Yankees catcher Jason Lopez applies the tag to Vidal Brujan at the plate to end the top of the third inning. (Robert M. Pimpsner)

Alexander Vargas earned the win with seven strong innings of work.  Vargas did not have his best start and battled but only allowed one run on four hits and struck out two batters.

The Yankees added another run in the bottom of the seventh inning.  Cesar Diaz walked, stole second, move to third on a single before scoring when Dom Thompson-Williams grounded into a force out at second.

Will Jones came in to pitch the eighth inning and he allowed two unearned runs on two hits, striking out a batters in just 2/3 of an inning.  Eduardo Rivera finished the game to earn his second save of the season, throwing 1 1/3 shutout innings, he walked two and struck out two.