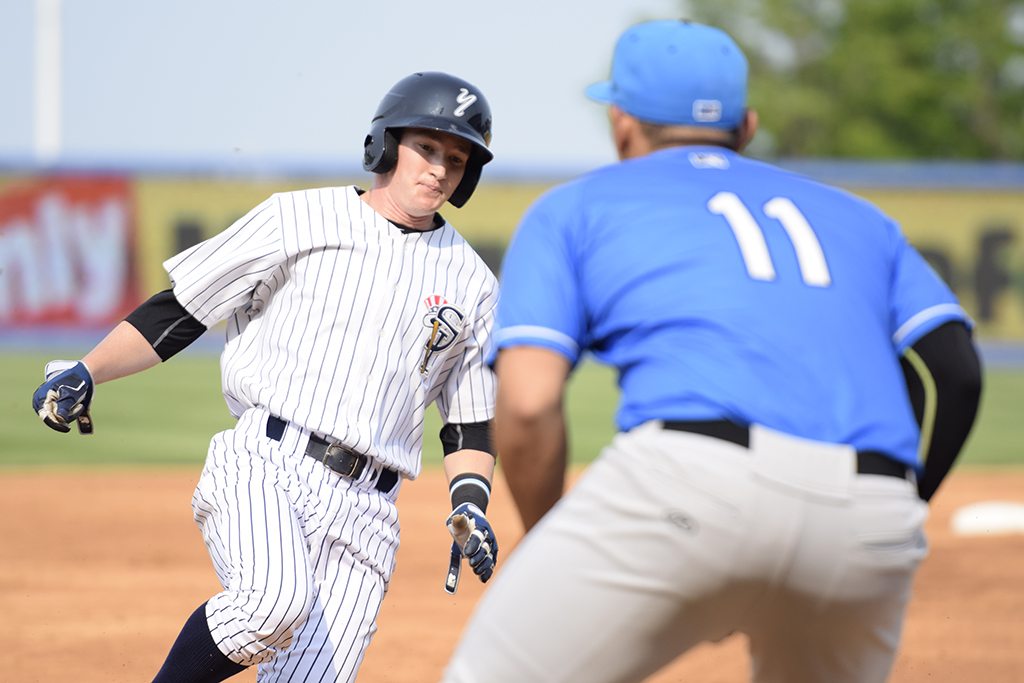 Kyle Holder is out with a swollen thumb. (Robert M Pimpsner)

Today is the first day of the 2015 New York – Pennsylvania League All-Star Break.  Players and team representatives are heading down to Aberdeen, Maryland to participate in the All-Star Festivities at Ripken Stadium.  Representing the Yankees will be pitcher Luis Cedeno, shortstop Thairo Estrada and outfielders Jhalan Jackson and Junior Valera.

Both Jackson and Valera are battling injuries and will not play in the All-Star Game.  They will still take the trip down and be a part in the other festivities during the break.  Valera might return to the Yankees lineup after the break but Jackson has been placed on the 7-Day Disabled List and will be re-evaluated on Wednesday.

After the break the Yankees will have a brief series with the Aberdeen Ironbirds.

In the meantime 2015 first round draft pick Kyle Holder is battling a thumb injury.  It has been jammed for several weeks but recently swelled up to the point he could not play.  He was removed from the game on August 15 due to the injury and is expected to be back in the lineup once the team returns from the break.  His thumb will be evaluated before the game on Wednesday but it is assumed that he will most likely return at that time.