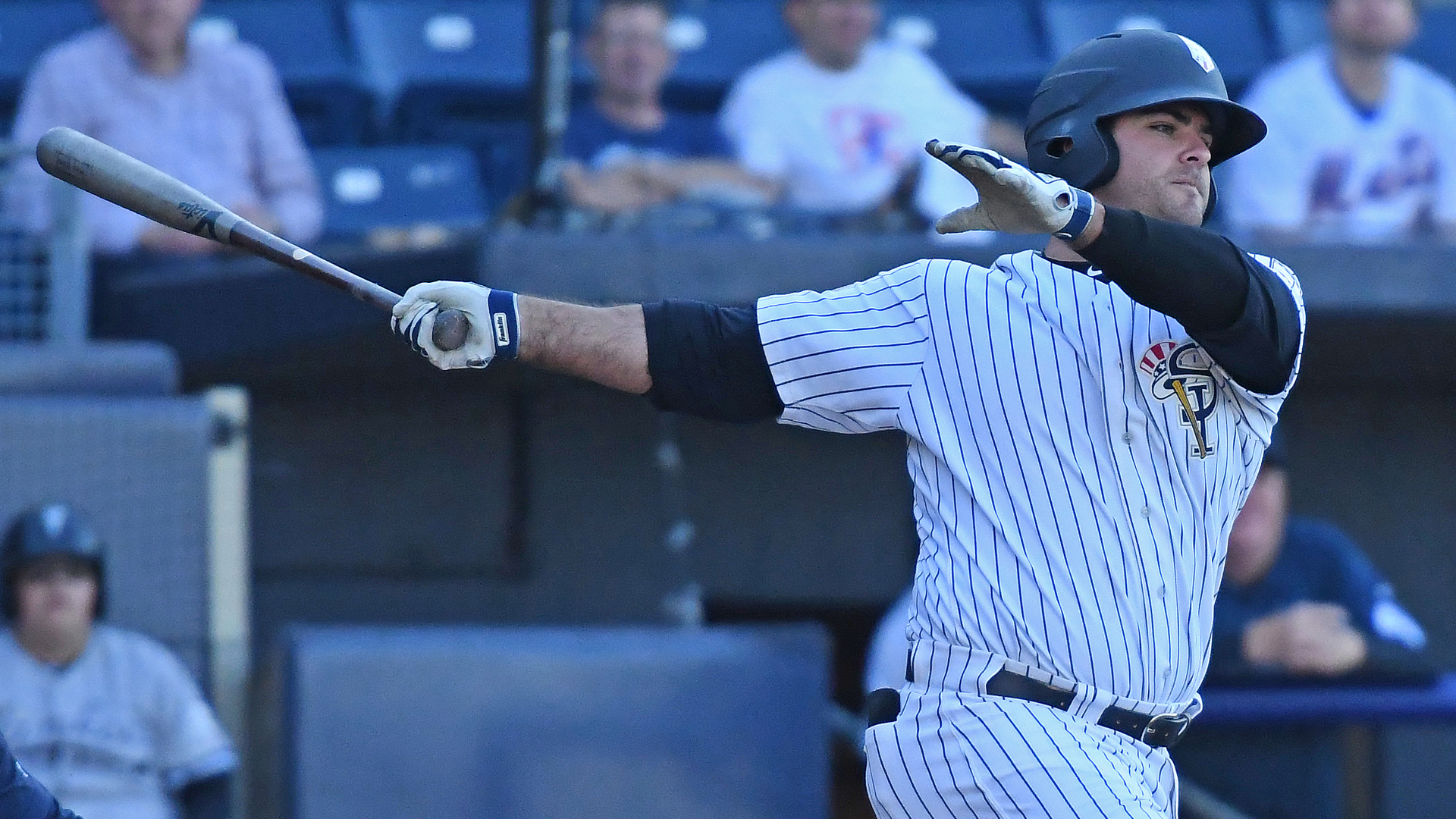 Mike Ford hit a home run in the bottom of the seventh inning to tie the game for the Staten Island Yankees. (Robert M. Pimpsner/Pinstriped Prospects)

The July 9 game at Richmond County Bank Ballpark had an odd appearance on the mound. The starting pitchers in this game were both on rehab assignments. For Brooklyn, Major-Leaguer Jason Vargas got the start; and Erik Swanson (0-0, 4.05) got his second and final rehab start for the Staten Island Yankees.

Swanson gave up three singles in the bottom of the first inning but got out of the inning unscathed. In his three and third innings, Swanson would give up six hits, one run (earned), and strikeout two. 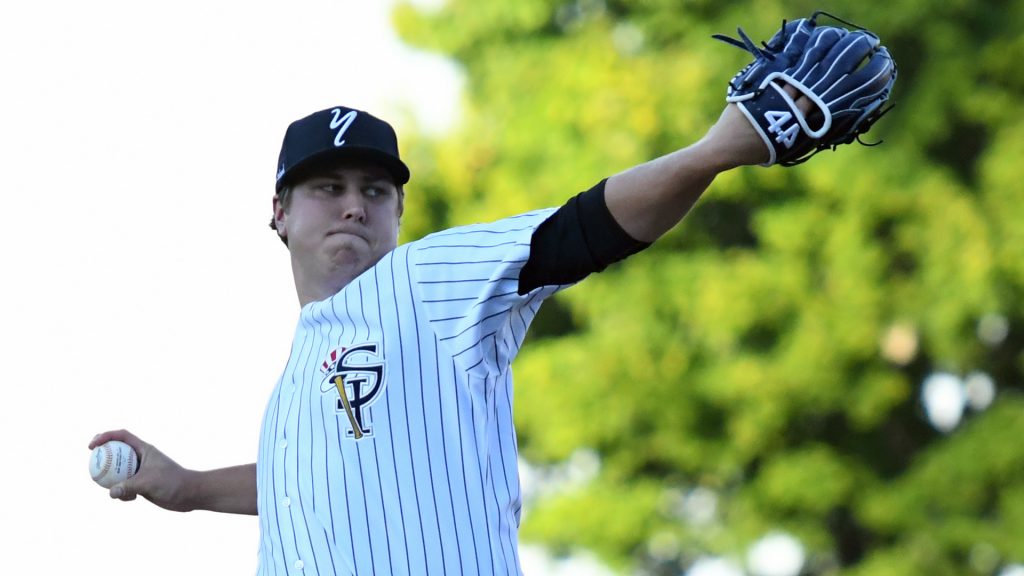 After the game, Staten Island Manager Lino Diaz confirmed that the right groin injury that had sidelined Swanson was healing correctly:

“It was great to see him healthy. That groin is feeling pretty good, and he’ll make adjustments. He’s been around for a while, and he will be able to do that.”

The lone run Swanson gave up was an RBI double to right field in the fourth inning. After giving up this run, Swanson was taken out of the game.

No hits would be allowed in the final three innings. Abel Duarte (2-1, 2.08) would pitch the seventh inning, and get credited with the win. Christian Morris (0-1, 1.64) pitched a perfect eighth inning, and Brooks Kriske (0-1, 1.00), would only surrender a walk, earning his second save of the season.

The SI Yanks would do all their damage in the seventh inning, with a pair of solo home runs by Mike Ford and Miguel Flames, taking a 2- lead.

“The one good thing with this team, and I know Mike Ford started it all off with that home run, but we had some pretty good at-bats after that,” said Diaz, speaking of the approach in the seventh inning. “The one thing with those guys ever since we talked abut everything is that they keep battling.”

The Staten Island Yankees are now 11-13 on the season. After winning seven of their last ten games, the team is now only four games out of a playoff spot.

The star of the game is Miguel Flames, as he hit the game-winning homer in the seventh inning. Jerry Seitz had the only multi-hit game, hitting two doubles, and raising his batting average to .394.

New York Yankees Minor League Catching Coordinator J.D. Closser was in town and served as the First Base Coach in this game.

Frederick Cuevas was assigned to the Charleston RiverDogs. Brandon Lockridge was assigned to Staten Island. He was the Yankees’ fifth-round pick of the 2018 MLB Draft. Lockridge’s best tool is his speed. Look for him to be a threat on the base paths.

Canaan Smith was out of the lineup for this game and is expected to miss approximately a week, with a tweaked quad.