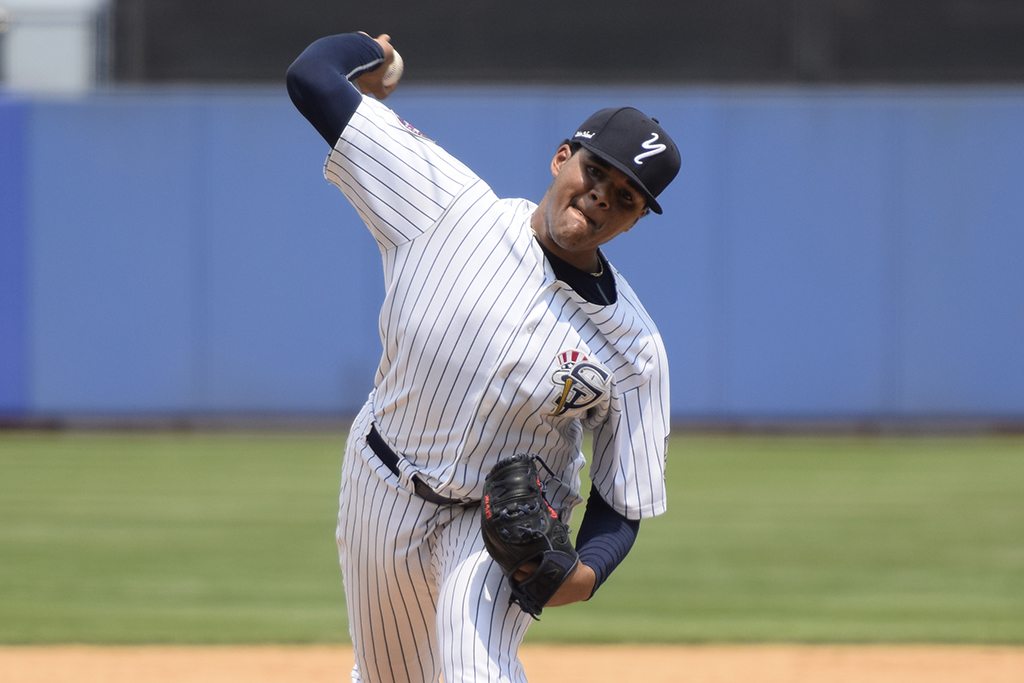 BURLINGTON, VT – The Staten Island Yankees could not complete the 3-game sweep of the Vermont Lake Monsters after the Oakland A’s affiliated jumped to a 6-0 lead in the first inning.

Staten Island starting pitcher Yoel Espinal was touched for 8 runs on 5 hits and 5 walks over 3 1/3 innings.

The Yankees got on the board with 2 in the top of the second inning. Zack Zehner started it off reaching on a throwing error, moving to second on a single by Jhalan Jackson and scoring on a double by Kevin Cornelius.  With runners at the corners Alvaro Noriega hit a sacrifice fly to right field to bring home Jackson and cut the lead to 6-2.

Staten Island added one more in the top of the fourth inning. Zack Zehner walked, stole second, advanced to third on a throwing error by the catcher and scored on a ground out by Kevin Cornelius.

Vermont added two more off of Yoel Espinal in the fourth inning to give them a 8-3 lead over the Baby Bombers.

The Yankees fourth and final run came in the top of the fifth inning.  Brandon Wagner walked to open the inning, moved to second when Kyle Holder walked with 1-out and then scored on a single to right by Ryan Krill.

The Lake Monsters added another insurance run in the bottom of the fifth inning off of reliever Mark Seyler.  Seyler went on to pitch 2 2/3 innings of relief, allowing 4 hits.  Jose Mesa Jr finished off the game with 2 innings of hitless relief, allowing 2 walks and striking out 1 for Staten Island.

The Staten Island Yankees return home Thursday night to open a 3-game home-and-home series with the Hudson Valley Renegades.  Due to a Brooklyn Cyclones loss the Yankees remain in first place in the McNamara Division.