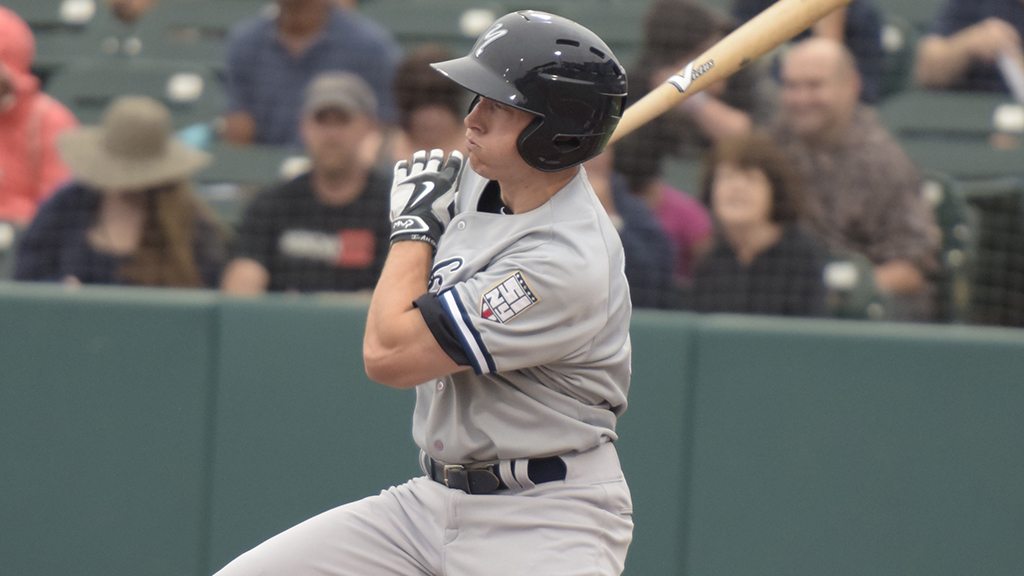 ABERDEEN, MD – The Staten Island Yankees took the series with the Aberdeen IronBirds after defeating the Orioles affiliate 5-1 in the final game. The Baby Bombers had 11 combined hits in the game including a 3-hit game by leadoff hitter Jeff Hendrix and 2-hit games from Thairo Estrada, Griffin Gordon, and Jake Hernandez.

Staten Island got the scoring started in the first inning when they plated their first run of the game.  Griffin Gordon singled on a ground ball to center, stole second and moved to third on a single by Jake Hernandez. Gordon came home to score on a sacrifice fly to right field by catcher Eduardo de Oleo.

The IronBirds plated their only run of the game in the bottom of the second inning when Austin Pfeiffer hit a homerun off of Yankees starter Kolton Mahoney. Mahoney made his first start of the season and allowed just 1 run on 4 hits in 4 2/3 innings of work and struck out 3 batters.

Cody Hamlin replaced Mahoney on the mound in the bottom of the fifth inning.  Hamlin made his SI Yanks debut, throwing 1 1/3 innings and allowed 3 hits while striking out 1 batter.

The Baby Bombers added single runs in the top of the seventh and eighth innings.  In the seventh Ryan Krill was hit by a pitch but erased on a force out hit into by Zack Zehner, but an errant throw by the shortstop allowed Zehner to go into second base.  Jeff Hendrix then hit a soft line drive to left field for a double that brought home Zehner.

In the eighth inning Griffin Gordon started it off reaching on a hit by pitch, he then stole second before Drew Bridges and Eduardo de Oleo walked.  Ryan Krill then grounded into a force out at second base that allowed Gordon to come home and score the fifth Yankees run of the game.

Jonny Drozd closed out the game pitching the final 3 innings, striking out 2 of the 9 batters he faced.  Saturday night the Yankees will return to Staten Island for a Fourth of July game with the Hudson Valley Renegades.

After winning a close game last night the Staten Island Yankees look to take the first series of the season against the Aberdeen IronBirds.  Right-handed pitcher Kolton Mahoney is scheduled to make his first start of the season, after pitching 2 1/3 innings in his last appearance against State College on June 28.

Mahoney, 23, was a 16th round draft pick this season out of Birgham Young.  In 2 games with the Baby Bombers this season he has allowed 4 runs, 2 earned, over 3 innings pitched and struck out 6 batters while walking 4.

Tonight it is also expected that power-hitting right fielder Jhalan Jackson will return to the Staten Island lineup.  Jackson has been out with a thumb injury since getting hit by a pitch last week.  In his first 7 games as a professional he has 6 hits: 3 homeruns, 2 doubles and a single.