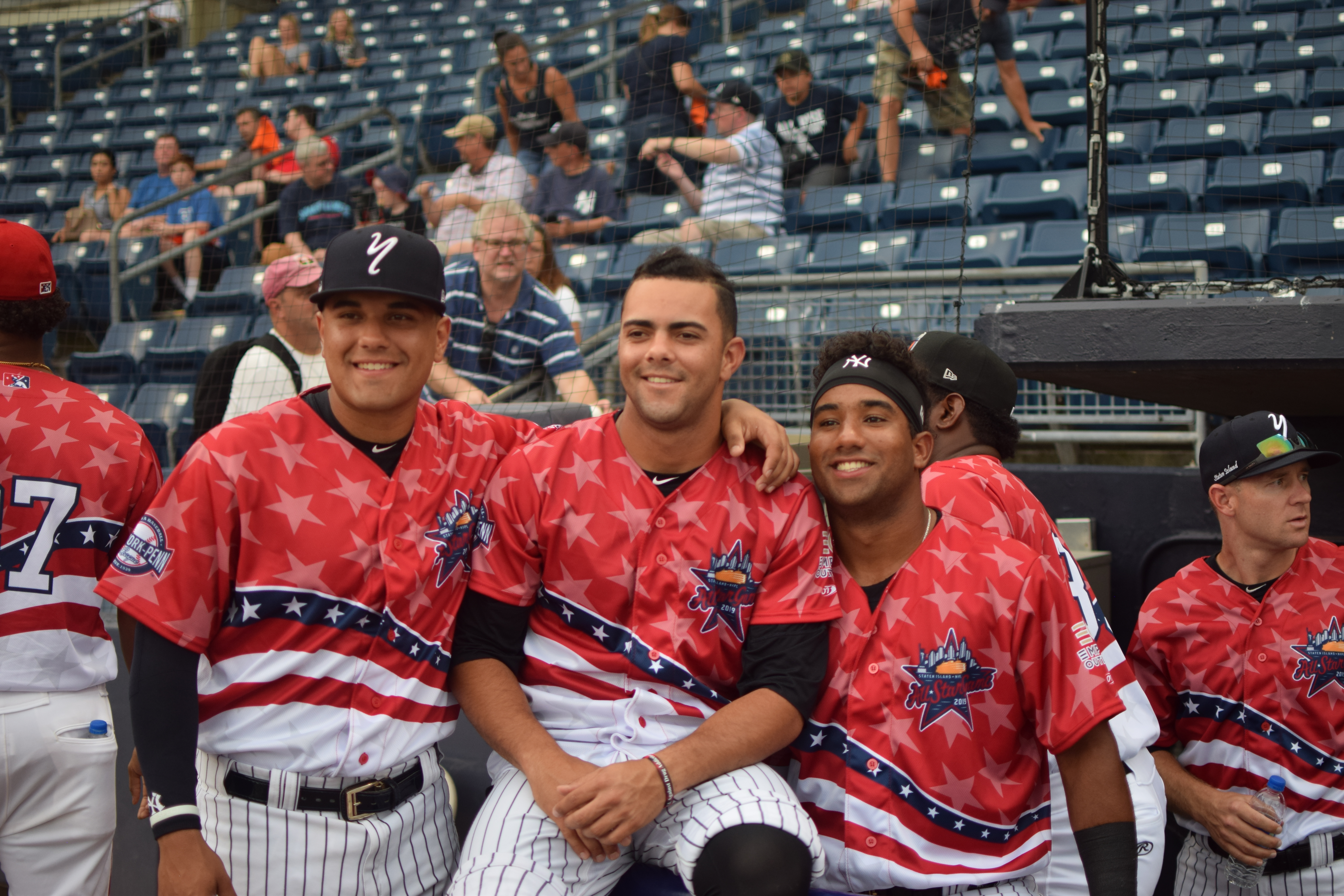 The 2019 New York Penn League (NYPL) All-Star game is being held at Richmond County Bank Ballpark, home of the Staten Island Yankees. Three SI Yanks players were selected to play in this game, the most since 2016. This is also the first time since 2010 that the league All-Star game has been held in Staten Island. The teams for this game will be the Blue Team (selected by Staten Island Borough President James Oddo) and the Red Team (selected by Congressman Max Rose).

Infielder Ezequiel Duran, Starting Pitcher Anderson Munoz, and Catcher Carlos Narvaez were selected as representatives for the Staten Island Yankees. Duran has been named the starting second baseman, and will hit third. Munoz will also start, and pitch the first inning of the game. Narvaez will begin the game on the bench, eventually replacing Connecticut Tigers Catcher Eliezer Alfonzo. These three players will play for the Red Team. 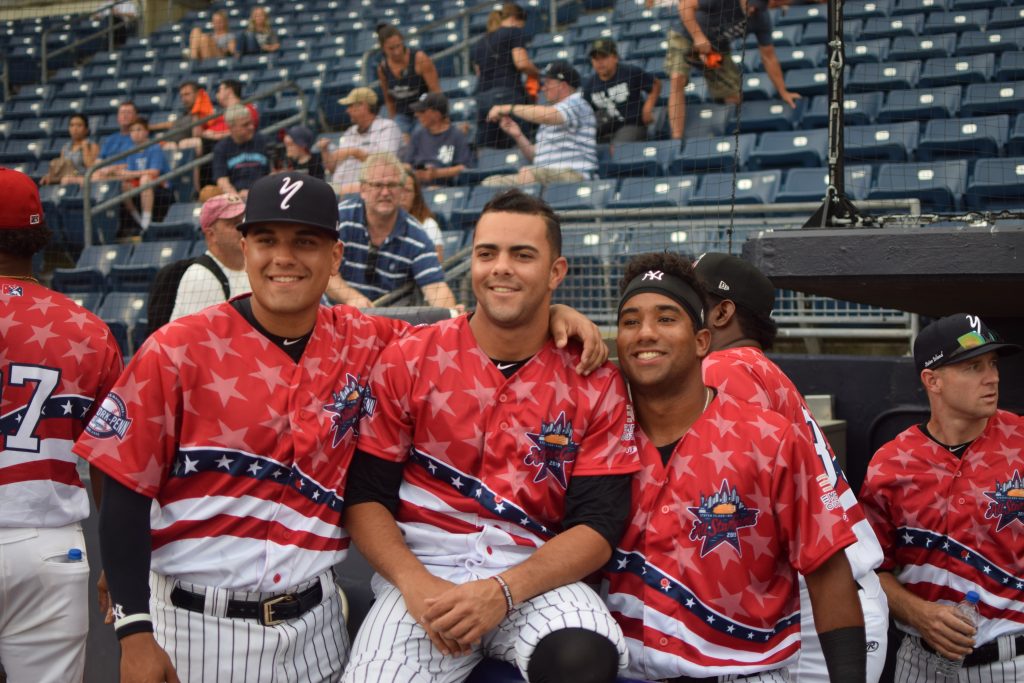 The Red Team will be led by the Staten Island Yankees Coaching staff, while the Blueed Team will be headed by the Brooklyn Cyclones coaches (Managed by former Met Edgardo Alfonzo). Even though this rivalry is not as strong as the Subway Series, fans of both clubs have always been vocal about this cross-borough rivalry. Any animosity will be put on hold today, and this is a friendly exhibition of the best talent this league has to offer.

While speaking with SI Yanks Manager David Adams, he said it was an honor to be apart of this game, and was very humble about his role in the game:

He also mentioned that some Staten Island Yankees teammates will be in attendance, watching the All-Star game. When asked about the takeaway from this game, and how this can be valuable to a player’s development, Adams was very honest about how few opportunities are available to become an All-Star:

“There are only 28 of them [All-Stars] in this room. I don’t know how many of them are in the league. It speaks volumes to who they are as people and players, and what they have accomplished. It’s a limited achievement, that only a few can say they have been.”

We also had a chance to speak with Staten Island Yankees Catcher Carlos Narvaez. Carlos was very excited to hear that he was named and All-Star:

“It was amazing you know. It’s short season, but being name to an All-Star team is a big deal.”

Narvaez also said that Anderson Munoz was the most impressive pitcher he has caught this season. In a very brief scouting report, Narvaez described what he has seen from Munoz in 2019:

Before the All-Star game, a couple of festivities will take place. Most notably will be a homerun derby. There will also be some individuals being inducted into the New York Penn League Hall of Fame. This list includes Staten Island Yankees SVP of Baseball Operations Jane Rogers and former New York Yankee Bernie Williams. Yankees legends Mickey Rivers and Bucky Dent are also at the ballpark, for a pre-game autograph session.

We were also able to speak with Manager Edgardo Alfonzo, Hitting Coach Endy Chavez, and some Brooklyn Cyclones players about their perspectives from the All-Star game. Ricky Keeler was able to cover this on our sister website amazinprospects.com