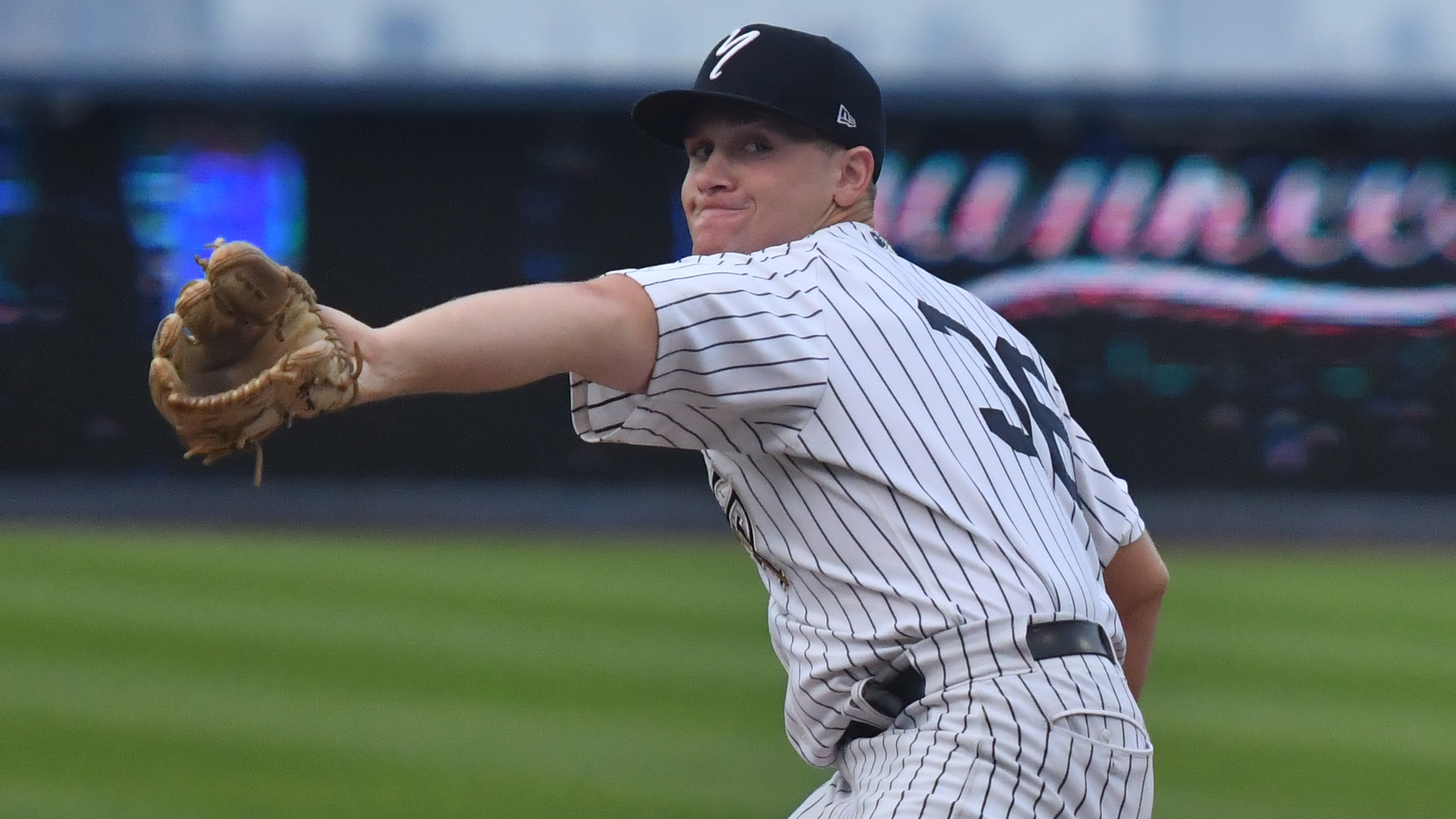 The Yankees (32-28) were not able to generate much offense Tuesday night against the Lowell Spinners (33-28). Lowell jumped out to a 3-0 lead in the top of the first and they did not look back as they shut out Staten Island, 8-0 in a game where they made three errors defensively.

“We came in a little flat, no doubt about it,” said manager Lino Diaz. I thought today the defense was a little sloppy, which is not a characteristic of our team. We didn’t swing the bats as well. That was the story today.”

Right out of the gate, the Spinners had back-to-back singles against Yankees starter Shawn Semple (3-4). Lane Milligan would drive both runners in with a two-run triple to center. He would come around to score on the same play due to a throwing error by Jesus Bastidas.

Those three runs would be all that Lowell would need as the Yankees managed only two hits. Those hits were both singles by Josh Breaux and Andres Chaparro as the Spinners ended up facing one batter over the minimum.

After that rough first inning, Semple was able to settle into a groove. He only allowed one hit in the next four innings, but the defense would let him down in the top half of the sixth.

The sixth inning started with a throwing error by Chaparro. After a stolen base and a groundout moved Milligan over to third base, Devlin Granberg would extend the lead to 4-0 with a sacrifice fly.

Later in the inning, Ricardo Ferreira dropped a flyball that allowed Xavier LeGrant to get to second base. He would come around to score on an RBI single by Trey Ganns and Lowell took a 5-0 lead.

As for Semple’s stat line, he went six innings, allowed five runs (two earned) on five hits, struck out four, and walked one on 81 pitches (57 strikes) in the loss.

In the top of the seventh, Ron Marinaccio would enter the game for the Yankees. He would get a 1-2-3 seventh and then he ran into quick trouble in the eighth. Grant Williams led off the inning with a double and he would score on an RBI double by Milligan. Ganns would extend the lead to 8-0 later in the frame with a two-run double of his own.

Marinaccio experienced his fair share of struggles for the first time in a Staten Island uniform. In two innings of work, he allowed three runs on three hits, struck out three, and walked one on 44 pitches (29 strikes).

Abel Duarte would come in to finish the game in the ninth. While he did allow one hit, he was able to keep Lowell off the board as he struck out a batter and threw 10 of his 15 pitches for strikes.

Two Lowell pitchers ended up combining to throw a two-hit shutout. Thad Ward allowed both hits and struck out three in the first four innings. Then, Hunter Haworth (4-3) did not allow a hit over the final five frames. He struck out nine batters and walked one in the victory.

Despite getting the loss in this game, Semple gets the star of the game for his ability to shake off a rough first inning. It is the third straight start that he has pitched into the sixth inning and he has yet to give up more than three earned runs in any of his seven starts.

He threw 27 pitches in the first inning but was still able to battle without his best stuff to barely go over 80 pitches in six innings. For a pitcher that started the year in the bullpen, it is a good accomplishment. Diaz talked about the competitive level that Semple showed on Tuesday.

“It tells you something about him. He’s competing. I think he was off today with his fastball and he got hurt with that. But, he competed well and was able to get to the sixth inning. We didn’t play well behind him.”

The Yankees will look to win the series in the rubber game on Wednesday afternoon at Richmond County Bank Ballpark. First pitch is at 2 p.m ET. Harold Cortijo (3-1, 2.21 ERA) is the scheduled starter for the Yankees in that game. Staten Island is now one game out of a wild-card spot and three games back for the McNamara Division.