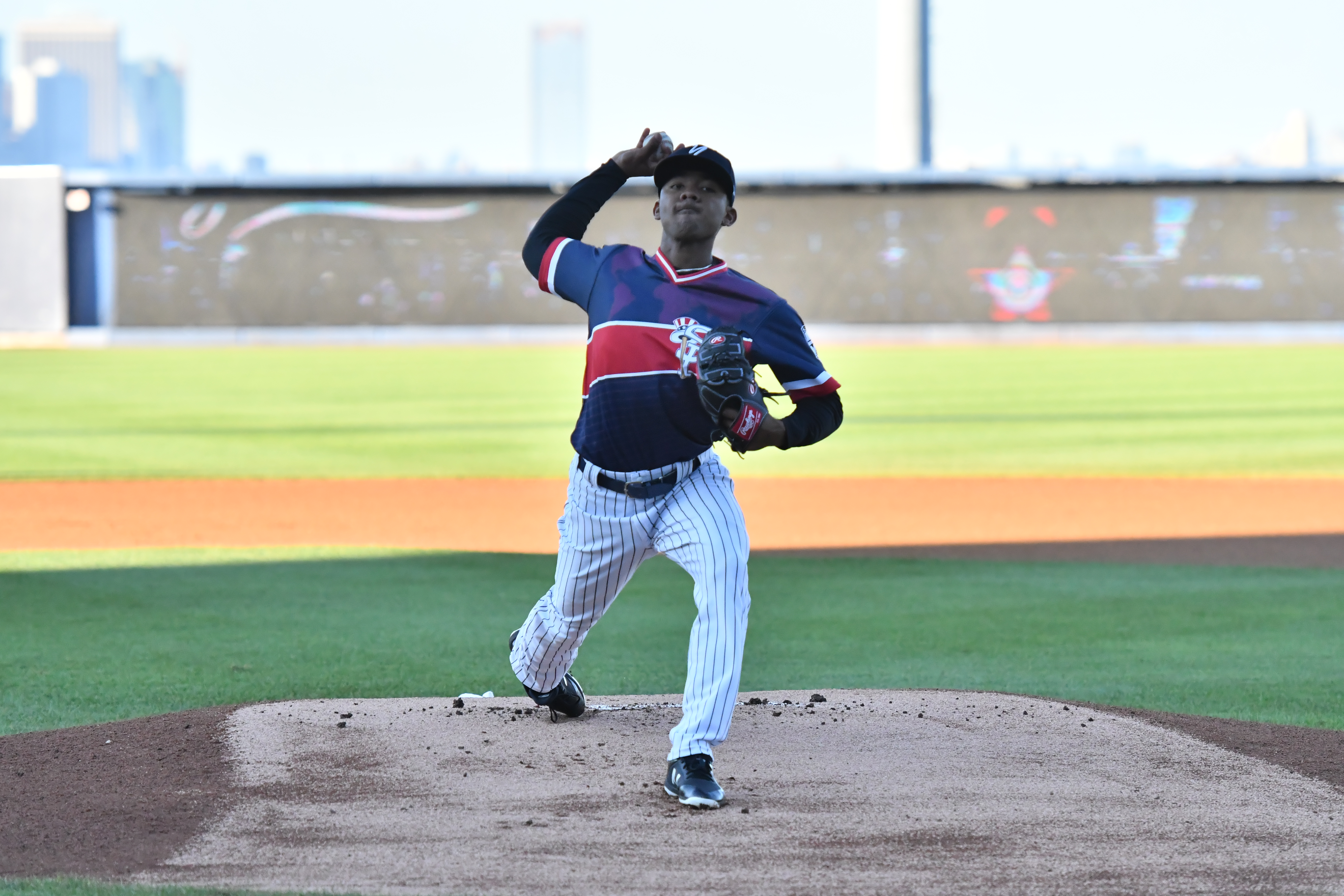 The Staten Island Yankees hosted their Christmas in July Promotion at the ballpark for this game. To honor the occasion, the team wore special holiday themed uniforms.

Harold Cortijo (3-0, 2.25) got the start for the Staten Island Yankees. He pitched five innings, giving up seven hits, two runs (all earned) , three strikeouts, and one walk. His fastball sat in the 88-90 MPH range, peaking at 92. Staten Island Yankees Manager Lino Diaz was impressed with Cortijo’s approach in this game.

“There was one moment where he gave up that RBI single to left field, where he kind of went with his off-speed stuff, when I think he could have attacked,” said Manager Diaz. “I thought he pitched pretty good. He was under control. He battled. That was probably his only mistake. His plan, his approach got a little out of whack there.”

Cortijo would give up the first run of the game in the top of the second inning. The SI Yanks offense picked Cortijo up in the bottom of the inning, bringing in three runs. Ricardo Ferreira started the rally with an RBI single, scoring Eric Wagaman. The rally continued with an Alex Junior RBI triple, and an Eduardo Torrealba RBI single. This brought the score to 3-1, a lead the SI Yanks would not relinquish.

“Ferreira has really been amazing; pushing the envelope. He has an ability to get the team going. That’s the reality. When he has been there lately, he has been doing it with the glove, throwing some guys out at home plate, and getting some hits. He has been a tough out.”

Lockridge would come home on a two-run homer by Andres Chaparro.

“What’s impressive is that in key situations, he [Chaparro] has been clutch for us,” said Manager Diaz.

“He was outstanding. He was lights out. His ability to throw that fastball with a lot of life, and that slider, it’s a tough match for anyone hitting against him. Very impressive outing for him.”

The SI Yanks brought in another run in the eighth inning, on a Ricardo Ferreira RBI ground out.

Frank German picked up his first career save, pitching the final four innings of this game. German only gave up two hits, and struck out five batters.

Ricardo Ferreira went 2-4, with two RBI’s and a stolen base. After starting the season 0-21, Ferreira is on a hot streak, going 8 for his last 13, compiling 7 RBI’s in that span.

The Staten Island Yankees won in their first home games since losing their first series in the month of July.

Paul Young (0-0, 7.26) was recently moved to the 60-man DL, with an apparent right elbow injury. Manager Lino Diaz was unsure of the injury severity but acknowledged that Young will not be playing for some time.

The Staten Island Yankees host the Tri-City ValleyCats for game two of the series. Shawn Semple (1-2, 2.95) is scheduled to start this game.