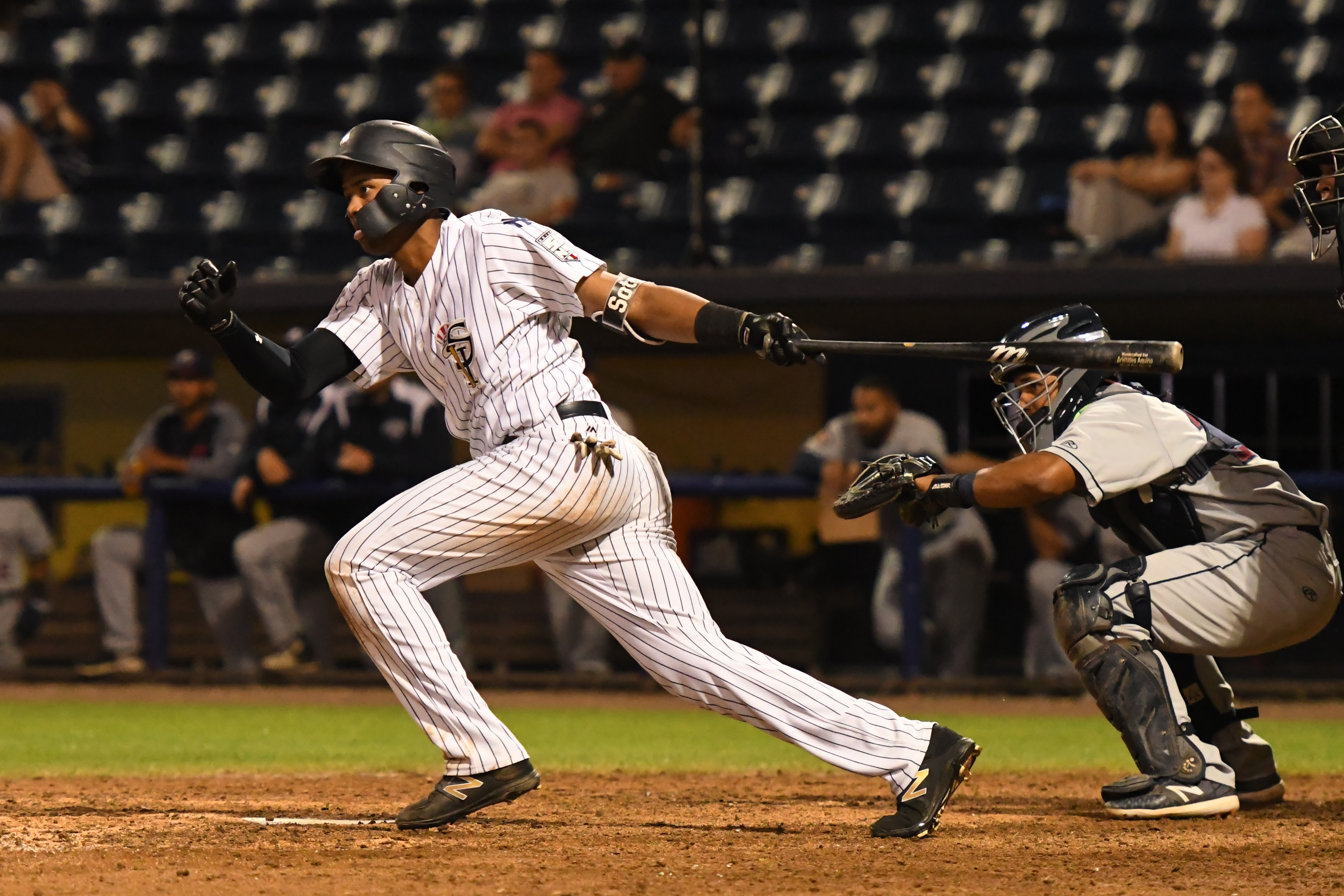 Junior Soto has been hitting better as of late. (Robert M. Pimpsner)

Matt Sauer (2-1, 2.05) got the start for the SI Yanks. Sauer would get the win, pitching five innings, giving up three hits, two runs (one earned) one walk, and a career high seven strikeouts. The two runs would come in the third inning, including an unearned run on an errant pick-off throw to first base. Sauer would sit 90-92 with his fastball.

According to Staten Island Manager Lino Diaz, Sauer was using his off-speed pitches more than his fastball in this game, which might have led to some early struggles:

Frank German (0-0, 2.84) relieved Sauer in the sixth. He would pitch three innings, giving up, one hit, no runs, one walk, and striking out five. Lino Diaz was impressed with German’s stuff in this game:

“He’s got some dynamic stuff. He’s got a good fastball and a nasty slider, and he throws it for strikes. He’s got a quick arm, with life in the zone.”

As has been the trend in recent games, Junior Soto was an important cog in the offense. Soto brought in the first run of the game on an RBI double in the first. Eric Wagaman brought in two more runs that inning with an RBI single.

Junior Soto would bring in another run in the third, on his second RBI double of the game. Soto would eventually score again, on a two-out groundball hit to the second baseman, that was mishandled.

Garrett Mundell (1-2, 3.60) would come in to close the game, picking up his second save of the season. Mundell did warm up in the bottom of the fifth inning, as Matt Sauer was struggling. According to Manager Diaz, Mundell would have been used in the fifth if Sauer could not get out of that inning:

“He [Mundell] was warming up in case he had to come in. We wanted German to come in on a clean inning.”

Junior Soto went 2-5, with two RBI doubles, two runs scored, and a stolen base. Soto has been much improved the past ten games, hitting .282, with four homers, ten RBI’s, and only seven strikeouts. His late inning heroics have been essential to the team’s recent winning performance.

The SI Yanks did win this game 5-2, but the team was not effective with the runners on base. Outside of the Junior Soto and Eric Wagaman RBI hits, the SI Yanks were 3-21 with runners in scoring position, stranding eleven runners. This issue persisted throughout the game, as a runner was left on base in all eight offensive innings.

The Staten Island Yankees started the year leading the league in strikeouts, and being known as a very aggressive team. In this game, the top four batters in the lineup each faced more than 25 total pitches. This change can certainly be attributed to the influx of recently drafted college players, who have taken a more patient offensive approach.

“I think it is one of those things that they are acquiring as we go. They are getting better,” said Manager Lino Diaz. “As you can see, Soto is getting better now. He is working counts, where before, he was two or three pitches, and he was out. They are working the count, and obviously the addition of the guys that have pretty good eyes, like [Alex] Junior and [Brandon] Lockridge, that helps a lot. Those guys don’t swing at a lot of bad pitches.”

Alex Mauricio was promoted to the Charleston RIverdogs. In four starts, Mauricio was (0-2, 2.14), and averaged a strikeout per inning. Infielder David Metzgar joined the team for this game. Metzgar has spent this season with the Tampa, Charleston, and Pulaski, appearing in forty games.