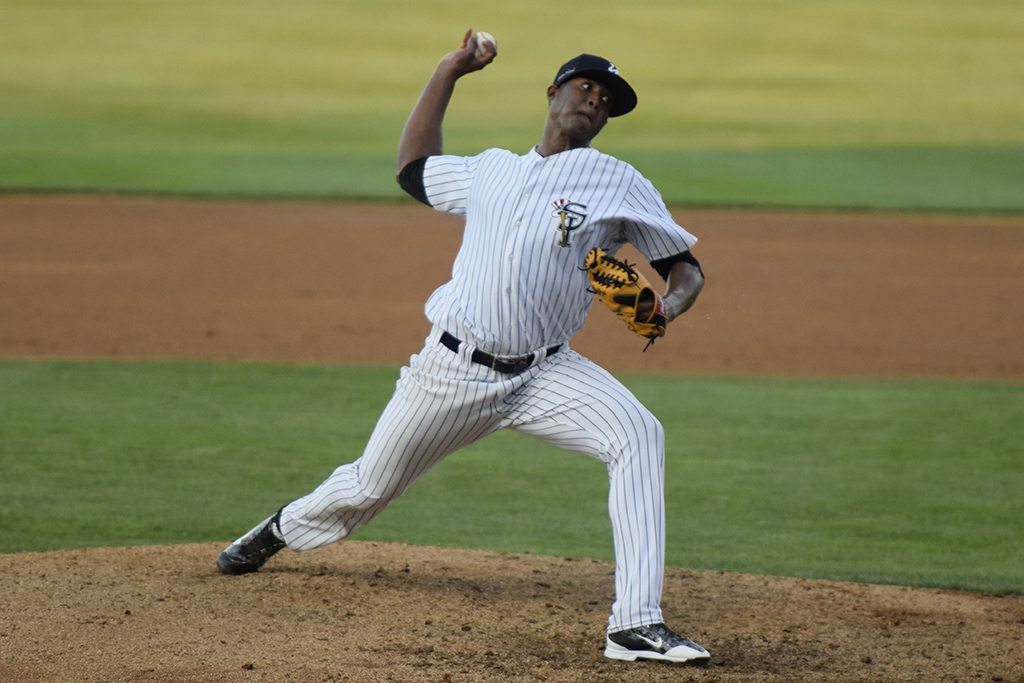 TROY, NEW YORK- The Staten Island Yankees came to Joseph L. Bruno Stadium looking to sweep the Tri-City ValleyCats, in game two of the New York Penn League Semi-Finals and that is what they did.

After a strong performance by first-round pick James Kaprielian Wednesday in game one, Domingo Acevedo took the mound for Staten Island Thursday night in game two.

The Baby Bombers jumped out to an early, 4-0 first inning lead on Tri-City starter Ralph Garza. Center fielder Jeff Hendrix got things going with a RBI double, followed by an RBI single by game one hero Junior Valera. Finishing off the scoring was Brandon Wagner, who took the Garza offering and blasted it over the left field wall for a two-run home run.

In the top of the third inning, the Staten Island Yankees added three more runs to the ledger. Drew Bridges delivered the final blow to Garza, a two-run single to make the score 7-0.

Staten Island starter Acevedo carried a no-hitter into the bottom of the fourth inning until Dexture McCall and Bobby Wernes hit back-to-back singles for the ValleyCats. That would be all he would surrender in the fourth as he induced a ground out by Aaron Mizell and fly out by Brooks Marlow.

Scoring would resume in the top of the sixth inning as Edward de Oleo homered on a line drive over the left center field fence. Johnny Sewald would score the first run of the night for Tri-City in the bottom of the sixth, thanks to a single by Dexture McCall.

Kyle Holder and Thairo Estrada drove in the final Staten Island runs of the game, on singles to the outfield in the top of the seventh. Manager Pat Osborn turned the game over to the bullpen in the bottom of seventh, as James Reeves entered the game for the Yankees. Reeves gave up a two- run double to Keach Ballard before being pulled for righty Matt Borens. Borens would get out of the inning by getting Anthony Hermelyn to ground out.

The bottom of the ninth brought another pitching change as Osborn turned to Yoel Espinal to close the game out. Espinal would give up a two-run home run to Hector Roa, before ending the game and the series on a Ballard fly out.

Staten Island moves on to the New York-Penn League Championship Series and awaits the winner of the series between Williamsport and West Virginia.