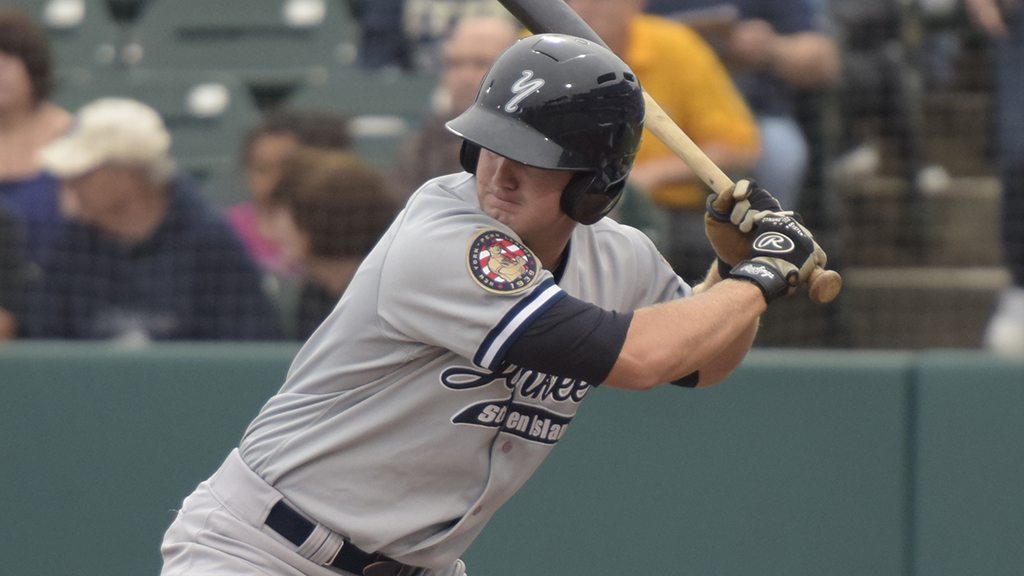 AUBURN, NY – After a long bus ride from Aberdeen the Staten Island Yankees were able to take the first game of their 3-game set by the score of 3-1.

Staten Island struck first, scoring a run in both the first and second inning. Kyle Holder lined a 1-out single to left, stole second and then scored on a double by Girffin Gordon, giving the Yankees an early 1-0 lead. The next inning, Thairo Estrada reached on a throwing error that allowed him to also move to second base, he moved over to third on a ground out by Eduardo de Oleo and scored on an infield single by Junior Valera.

Luis Cedeno earned his third win of the season after throwing 6 innings of 1-run ball. He threw just 61 pitches and allowed only 2 hits while striking out 2 batters. He was followed by Mark Seyler who allowed a hit and a walk in his inning of work. Will Carter was next on the hill, striking out 1 and allowing a hit in an inning of work.

Michael Schaub earned his first save of the season. Throwing 12 pitches in a shutout ninth inning, retiring all 3 batters he faced.

These two teams meet again in game 2 of the series on Sunday. With left-handed pitcher Derek Callahan will get the ball for the Staten Island Yankees.