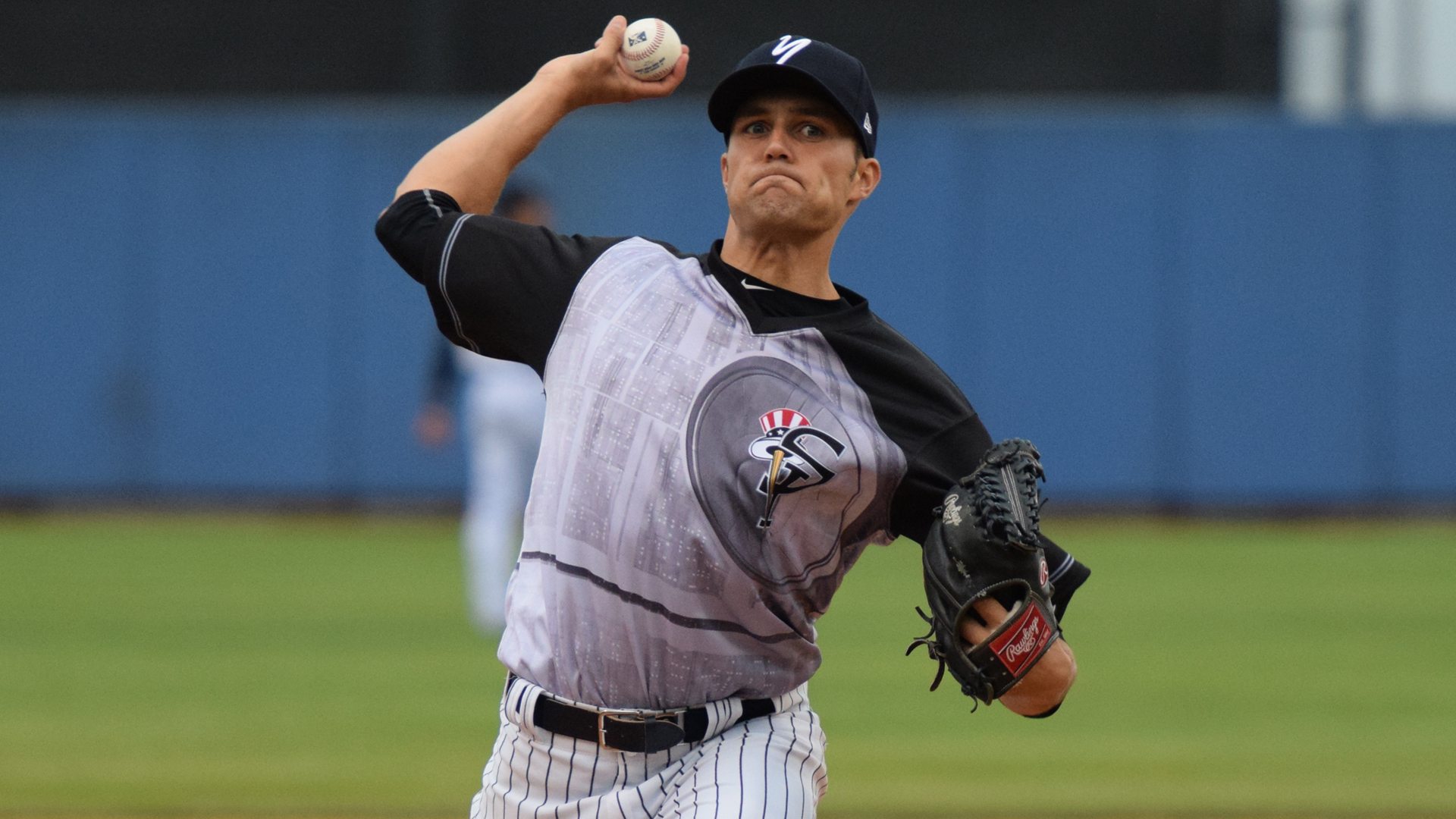 The Force was with the Staten Island Yankees on Saturday night as the Baby Bombers shutout the visiting Mahoning Valley Scrappers to win their second consecutive game and take the series.  It was Star Wars night at the ballpark as fans were treated to a night filled with Star Wars-related videos, entertainment and more.

Right-handed pitcher Kolton Mahoney got the start for Staten Island, his first of the season and after 5 1/3 innings he came out with his third victory.  Overall he allowed 7 hits and 1 walk while striking out 3 batters, lowering his season ERA to 0.95, good for the fourth-best ERA in the league.

David Sosebee took over in the sixth inning and allowed just 1 run and struck out 4 over 2 2/3 innings of work before Brooks Kriske earned the save with a perfect inning of relief, striking out 2 batters.

The Yankees needed just 2 runs to win it, the first coming in the bottom of the fourth inning.  Luis Torrens walked with 1-out, moved to second on a passed ball and then scored on a soft line drive to right by Drew Bridges. The second run came in the bottom of the seventh inning when Timmy Robinson hit his first professional homerun, sending the ball over the left field fence.

Nick Solak went 2-for-3 in the game, while Torrens walked twice.  On Sunday night Staten Island will attempt to complete the sweep on Special Olympics Night, the Baby Bombers will be wearing special jerseys that will be auctioned off during the game.