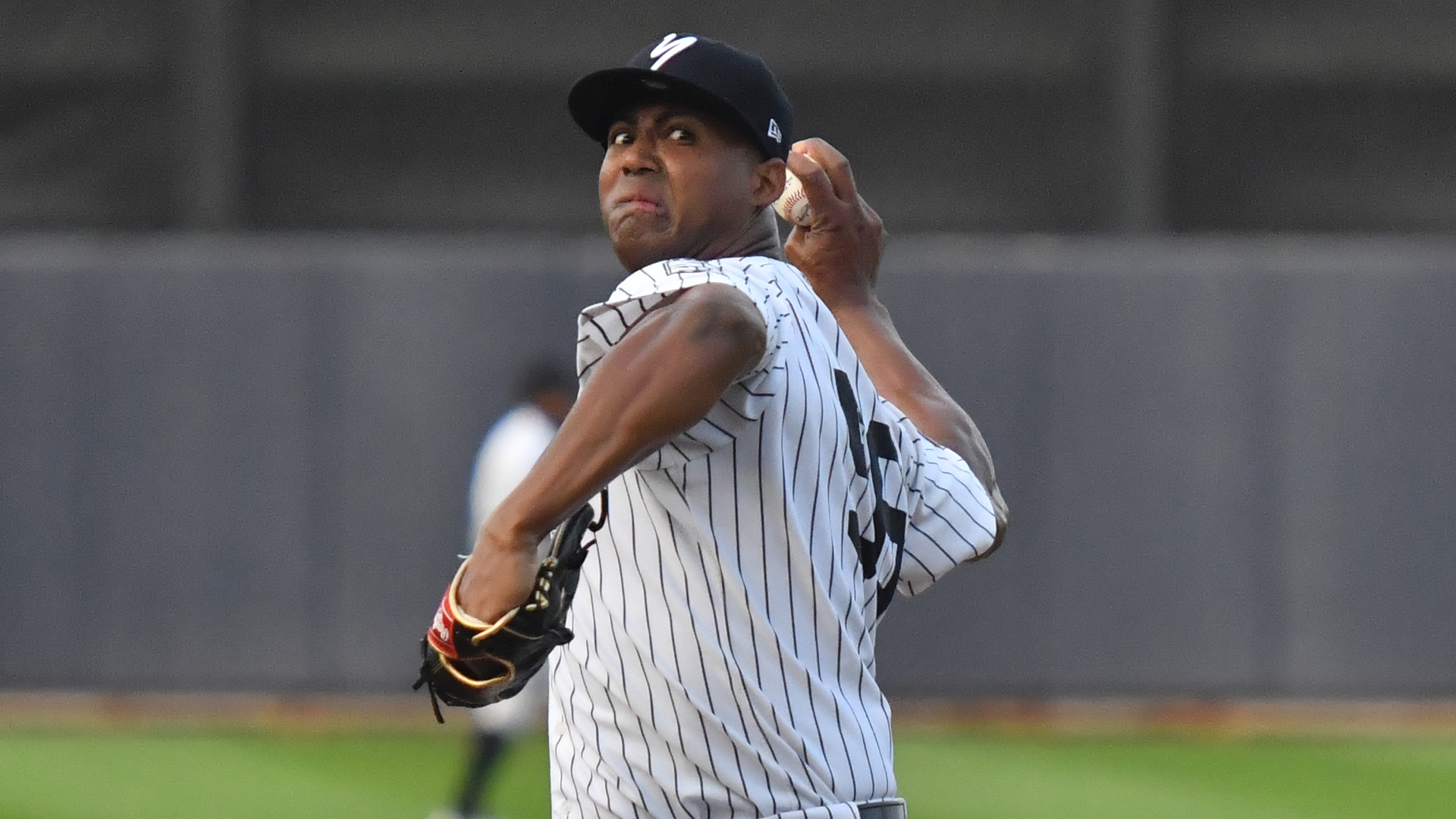 Domingo Acevedo recently was added to the Major League roster for a game earlier this season. After not appearing in that game, Acevedo was assigned back to the Trenton Thunder. Soon after returning to AA, Acevedo went down with a biceps injury. In his first rehab start, Acevedo was assigned to short-season Staten Island, a team he has not pitched with since 2015.

Acevedo (0-0, 4.50) would pitch two innings, giving up two hits, one run (earned), and struck out one. To finish his pitching plan for the day, Acevedo threw a bullpen session, under the observation of the Staten Island Yankees Pitching Coach Travis Phelps. According to Staten Island Manager Lino Diaz, Acevedo’s outing went to plan:

“It was his first outing, so two innings and thirty-five pitches, but that fluctuates a little bit. After that, he did a little work with Travis out there, but he did a great job today.”

Frank German (1-2, 2.01) replaced Acevedo in the third inning. As he has done the entire season, German was dominant in his three innings of work, picking up the win. German would only give up one hit, while striking out seven Lowell batters. As a recent college draftee, German is on an innings limit, which the Staten Island team is trying to manage.

Garrett Mundell (4-2, 1.40) relieved German in the sixth inning, and went the rest of the way. Mundell would pitch four perfect innings, collecting two strikeouts., and earning his third save of the season. Mundell’s pitch count did drift into the fourty-plus pitch range, but he was aggressive and efficient with his pitches:

“The good thing is that these guys have been efficient with getting outs. They have been able to manage pitches really well. The have been getting outs with a lot less pitches”, said Manager Diaz. “Mundell was very aggressive, under control. He just kept coming at them.”

The offense was very consistent in the game. Showing patience, the hitters are swinging at better pitches. Manager Lino Diaz was impressed with Eduardo Torrealba, Jesus Bastidas, and Miguel Flames in this game, all of whom had singles.

SI Yanks put up two runs in the third inning, another four in the fourth inning, and picked up the final run in the sixth inning. Eduardo Torrealba would have a hand in each of these rallies tallying three RBI’s on three hits.

With the team being two games behind in the division, and one behind in the wild-card race, wins like this are very important. With the pitching rotation the SI Yanks has, anything is possible in a short series.

In recent days, the SI Yanks lost an Infielder and aCatcher due to organizational moves. Danienger Perez is currently with the Trenton Thunder, while Carlos Narvaez is back with Pulaski.

The SI Yanks will host the final two games of this series against the Lowell Spinners. Shawn Semple (3-3, 3.00) and Harold Cortijo (3-1, 2.21) are the scheduled pitchers.