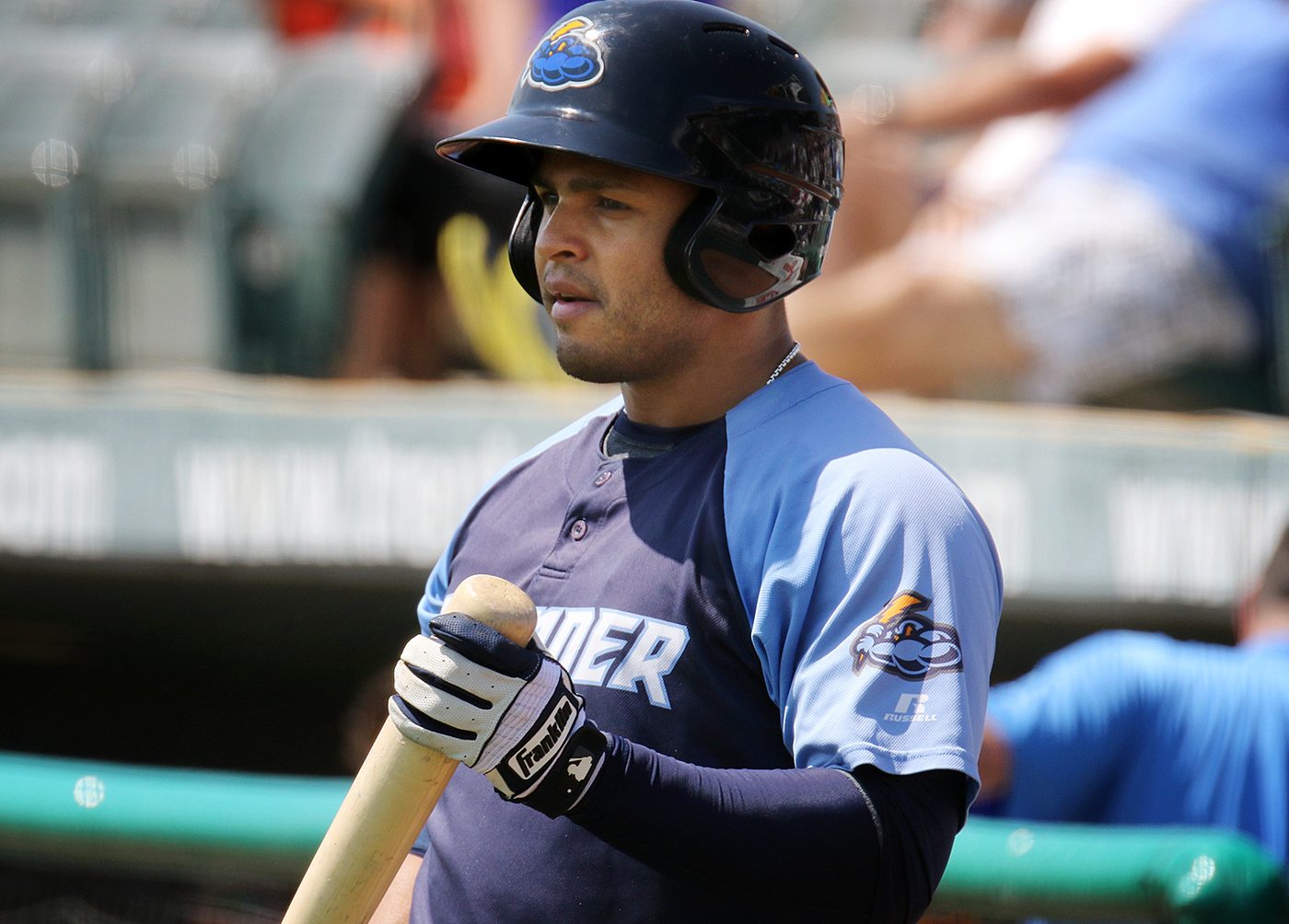 Fisher Cats closer Will Browning entered in the bottom of the 9th in place of Murphy Smith who finished off a scoreless 8th inning. Browning struck out the first two batters with relative ease before facing Trenton’s No. 8 hitter, Juan Silva. Silva continued his hot streak dating back to Tuesday’s walk-off single in the 11th inning by extending the game with a hit off Browning. Silva was 3-for-4 in the game and is now 5-for-his-last-8 after being 9-for-his-previous-72 (.125 AVG).

Cito Culver stepped in the box and dropped a single into right field ahead of a charging Ian Parmley to put runners at first and second base with one down. Tyler Wade grounded a ball past diving second baseman Christian Lopes to score Juan Silva to tie the game and set up Dustin Fowler. On the first pitch Fowler saw he laced a ground ball single past Shane Opitz at third base to score Cito Culver and set off a celebration around Fowler just past the first base bag.

Thunder starting pitcher Eric Ruth allowed an RBI single to Matt Dean in the top of the 4th inning to score Jon Berti for the first run of the game. Ruth pitched well aside from those two hits in a three-batter span, going six innings on 85 pitches. He allowed just the one run on four hits with no walks while striking out five men in his third start of the season with the Thunder.

The win in the game went to Jonathan Holder who struck out the lone man he faced in the top of the 9th after inheriting the bases loaded with two outs from Matt Wotherspoon. In striking out Christian Lopes swinging on a pitch in the dirt, Holder kept the game within reach for his team heading to the final frame.

The Thunder pile on the bus Friday morning to head to Binghamton, NY to take on the Binghamton Mets in the first of a four-game series and the first of a seven-game roadtrip. First pitch from NYSEG Stadium is scheduled for 7:05 p.m. with RHP Ronald Herrera (4-2, 2.81) taking-on RHP Casey Delgado (1-2, 5.52). Pregame coverage begins at 6:50 p.m. on 91.3 FM and www.trentonthunder.com.