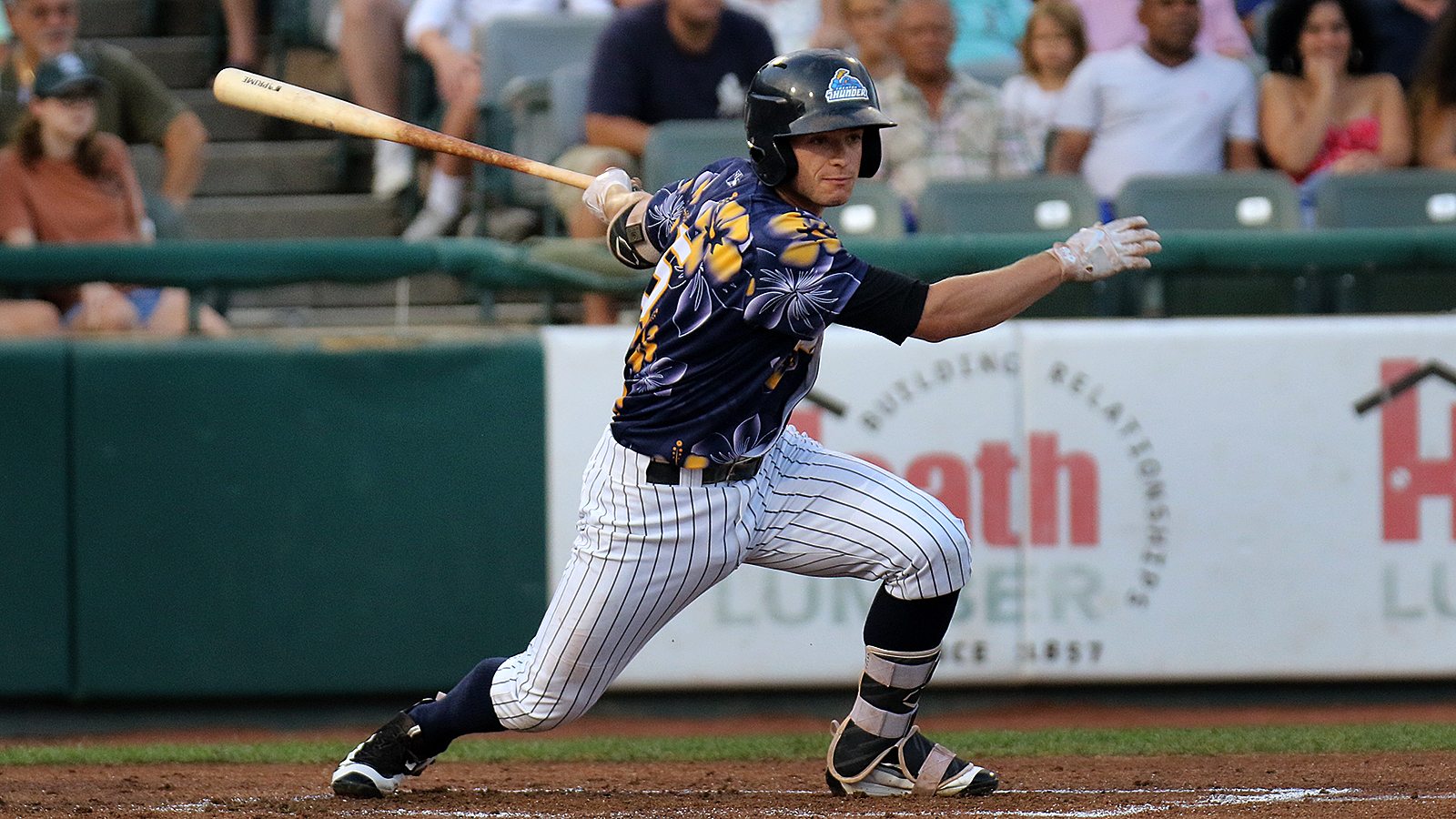 Trenton Thunder’s Nick Solak has continued his hot hitting since being promoted to Trenton earlier this month.(Martin Griff)

Today, MLB Pipeline continued their countdown of the top ten prospects in baseball at each position with second base. For the second time out of the five positions so far, a Yankee made the list as Nick Solak was ranked as the fifth best second baseman.

If you look at the rest of the list, Solak is properly rated at number five because of the young talent at second base across the minor leagues. Phillies’ second baseman Scott Kingery was picked as the best second baseman. Also, Baseball America released their top 100 prospects today and three players (Kingery, Luis Urias, and Keston Hiura) made the top 50.

It has been a quick rise up the Yankees system for Solak. The Second Round pick back in the 2016 MLB Draft out of Louisville made it all the way up to Double-A Trenton in his second season in professional baseball.

When Solak got the call up to Trenton on August 1 last season, he continued to show his consistency at the plate and his ability to get on-base frequently. In his first month, he hit .288 with a pair of home runs and eight RBI’s. Plus, he had a hit in 19 of the 30 games that he appeared in.

Solak’s highlight game with the Thunder last year was on August 15 against the Akron Rubberducks. In that game, he was 4-for-6 with a pair of doubles, a triple, and two RBI’s. While Trenton lost the game, 6-4 in 11 innings, but it was Solak’s second double in the ninth that helped send the game to extra innings.

While Solak is not a power-hitting second baseman, he is very good at getting extra-base hits. He was third on Tampa in doubles (17) and triples (four). If you look at his Trenton numbers, 12 of his 34 hits went for extra-bases, including nine doubles.

Now, the Yankees have a lot of middle infield depth in their farm system, so it can be easy to lose Solak in the shuffle of guys such as Gleyber Torres and Thairo Estrada among others. However, the 23-year-old is going to be a name you need to remember in the next couple of years.

As we continue our countdown of the top prospects in the Yankees farm system, Solak is somewhere in the top 20 and deservedly so. If he can continue the rapid rise that he has had in only two seasons in the organization, it won’t be too long until he finds his way to the Bronx.