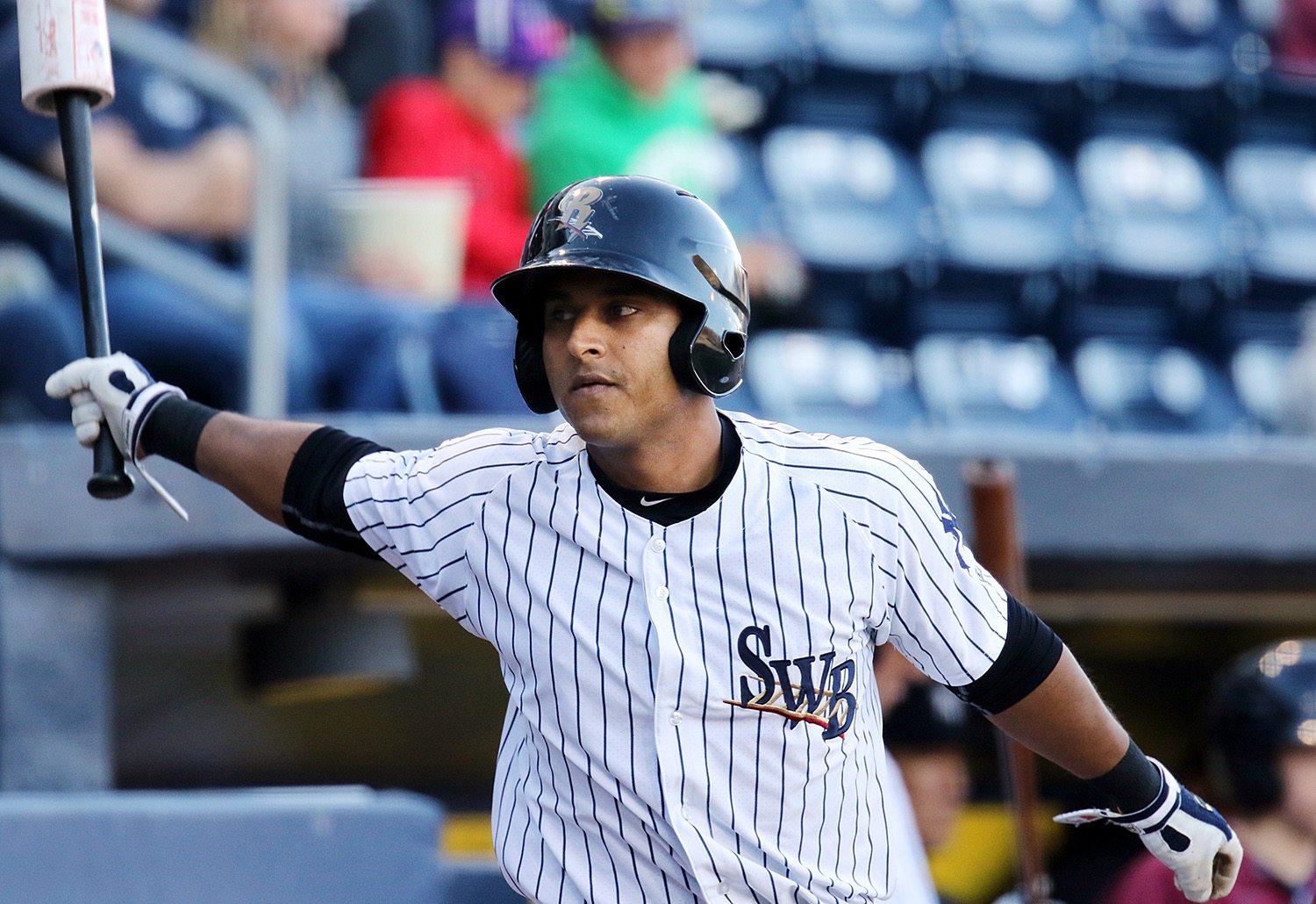 MOOSIC, PA – The SWB RailRiders (Triple-A/ New York Yankees) made sure a sixth-inning run was all they needed on Sunday, blanking the Gwinnett Braves 1-0 at PNC Field. The 11 shutout wins for the RailRiders (41-30) leads the International League. The Braves (31-39) were held scoreless for the seventh time this year.

The RailRiders took two-of three from the Braves for their first home series triumph since sweeping the Indianapolis Indians May 13-15.

Phil Coke kept the Braves off the scoreboard across the first five innings but left with a no decision. He limited Gwinnett to three hits, one walk and struck out two. Giovanny Gallegos (3-0) picked up where Coke left off and hurled three perfect innings. The right-hander struck out three. Matt Wotherspoon stranded the tying run at third base in the ninth to earn his second save with SWB.

Joel De La Cruz (1-2) shouldered the tough setback against his former club. The right-hander yielded one run on just five singles across seven innings. He walked one and struck out two.

The game’s only score came in the sixth. Pete Kozma opened with a single and Jonathan Diaz pushed him to second on a sacrifice bunt. Ben Gamel beat out an infield hit up the middle and Kozma advanced to third. Donovan Solano followed with a line drive to center. The hit scored Kozma and Solano made it to second, but Gamel was nabbed at third.