Some Find Another Route to the Majors 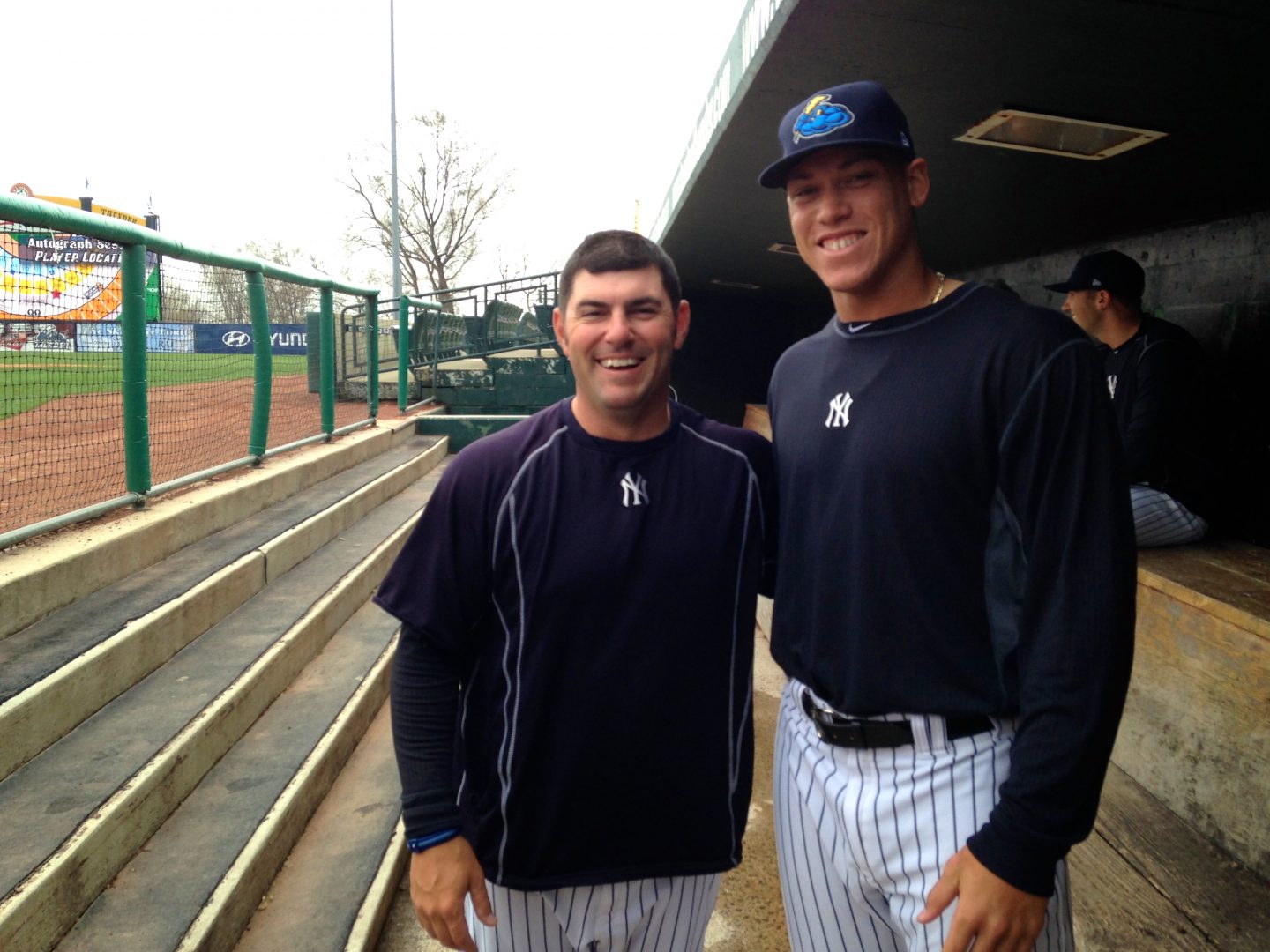 It’s early in the Minor League Baseball season. Hopes are high. Nobody is feeling the pain of August fatigue quite yet.

The clubhouse is pretty much an upbeat place at this point, for the above reasons and more. After all, the season, with young love as a comparison, is fresh and new.

At this time, whether or not a team’s start is positive or negative, there are still 120 games left in all full-season leagues as the calendar turns from April to May.

Fans see what happens on the field. In Scranton, a few Chase Whitley starts got things going and earned him a spot start in Yankee Stadium Tuesday night. In Trenton it was the excitement of a 455-foot Aaron Judge walk-off home run earning the Thunder an early victory.

An outstanding Tyler Wade play perhaps saved the day in Tampa, while after a slow start, Jorge Mateo is displaying all of his wares to the South Atlantic League in Charleston.

Sometimes, just as at any level in any sport, the leaders on the field are the leaders off the field. They are the ones who set an example for their teammates on playing the game right. They earn respect, from Spring Training on, and attempt, sometimes gently, sometimes not so, if one wants to succeed and get to the majors, there is a certain way of doing things.

“We have a few guys in our clubhouse that perform that type of function and really show that type of leadership,” said Trenton manager Al Pedrique. “That’s always good to see.”

Such players may earn a trip to the majors, with the Yankees or some other team. Some nay not, but will show that special type of leadership that earns respect and rewards in other ways, The organization recognizes this, and a handful of players who showed leadership a few years ago, end up as coaches in the system.

Thunder hitting coach P.J Pilittere is a perfect example. He was always that kind of guy in Trenton from 2007-09 and at Scranton from 2009-11. He had some excellent seasons and some injury-filled seasons, but always was able to relate to his teammates, be a key member of the team in the clubhouse and one to give a pat on the back or gentle reminder to a  teammate in a situation.

When P.J. saw he likely would not reach the majors, he talked with the Yankees about becoming a coach. He’s worked his way as a hitting coach up to Trenton and is a legitimate candidate as a future manager. His work with several Thunder players, given his ability to relate to players, has earned respect, even though, at 33, he’s not that much older than some of the players in the system.

But he’s been though it, the ups-and-downs of being a minor-leaguer chasing that elusive goal. The Yankees have accorded the same opportunity to players such as Justin Pope, Edwar Gonzalez, Danny Borrell and now, at Staten Island in 2015, Eric Duncan.

“It’s really fun to be back in Trenton in this role,” said Pilittere. “I enjoy trying to help our players, listen to the, work with them on their respective games. I know the emotions of all of this.”

We saw all these players pass through Trenton. They all showed they cared enough to encourage their teammates, try to play the fame right and make sure everyone was where they were supposed to be. They didn’t make the majors as players, but as coaches, the door is still open.

A show of leadership and extra caring can go a long way in professional baseball.