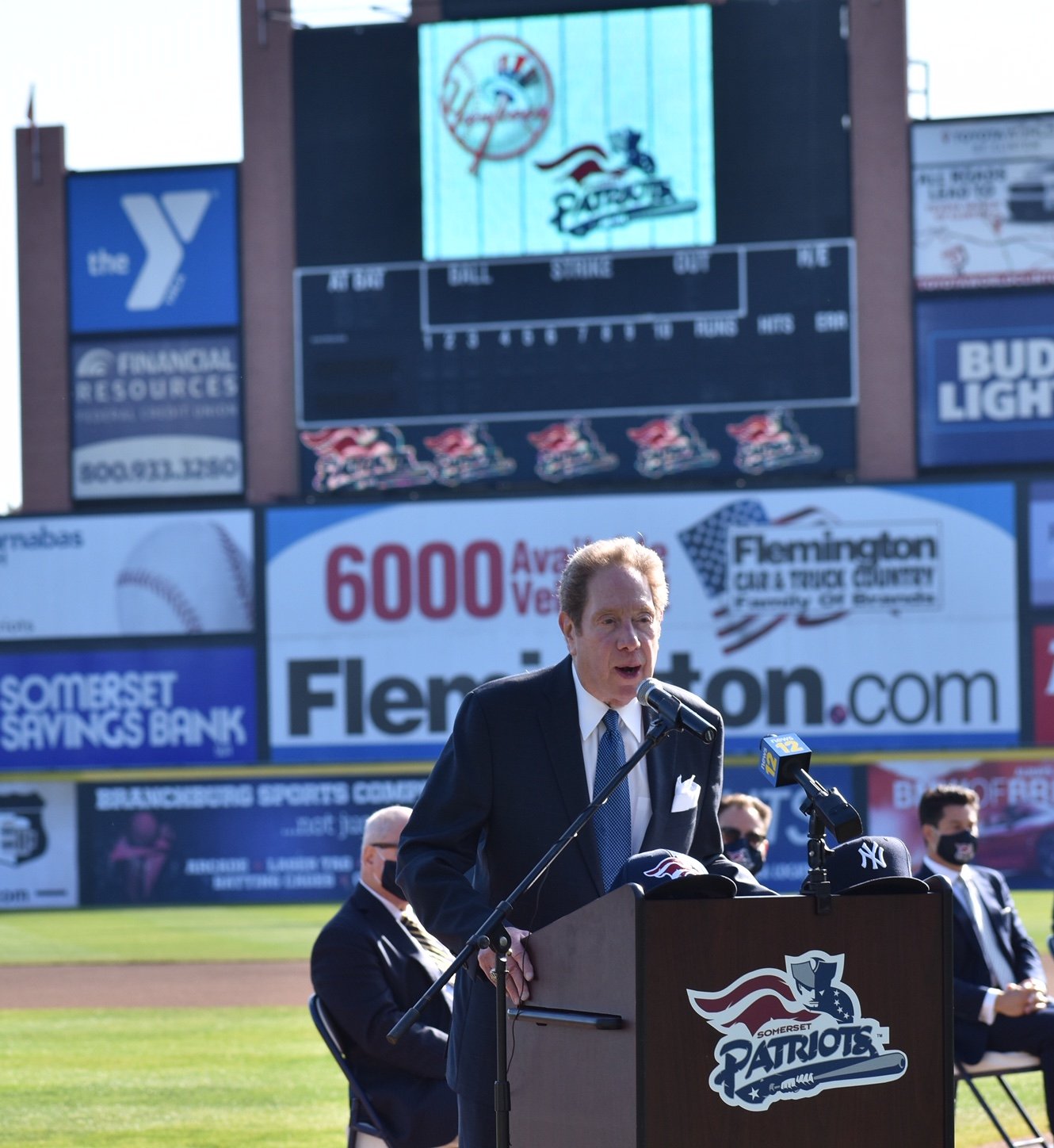 BRIDGEWATER – Tuesday afternoon in central New Jersey brought picturesque clear skies and unseasonably warm November sunshine to much of the region, but this was anything but just another autumn day for the folks that joined at TD Bank Ballpark in Bridgewater. This particular day for the Somerset Patriots organization marked the dawn of a new era and the proverbial first day of the rest of their lives. After serving as the model franchise for independent baseball in the Atlantic League for the better part of two decades, the Patriots formally announced their newly agreed upon affiliation with the Yankees at a socially distanced press conference at the new Double-A home of the Baby Bombers.

Pinstriped Prospects first caught wind of this potential shift way back in the spring prior to the Covid-19 pandemic. Once the minor league season was canceled, those rumors began to grow throughout the industry and as time passed over the summer and into the early part of the fall, felt to grow in legitimacy.

How did we get to this point? Well, the Yankees relationship with their now former affiliate in Trenton felt like it had distanced over the last two years. The exact reasons for that vary depending on which party you talk to. The organization had concerns, both public and private, over the long term viability of ARM & HAMMER Park. After Baseball America first broke the Yankees-Thunder divorce last Friday evening, Trenton ownership has released a statement and has since given public statements refuting this reasoning and instead believe the Yankees left the state’s capital city for demographic reasons. Thunder representatives also claim that the Bombers never privately notified them of a final decision on their split and that they first learned of the development through the release of the BA story. The Yankees have since declined to comment publicly on those statements. 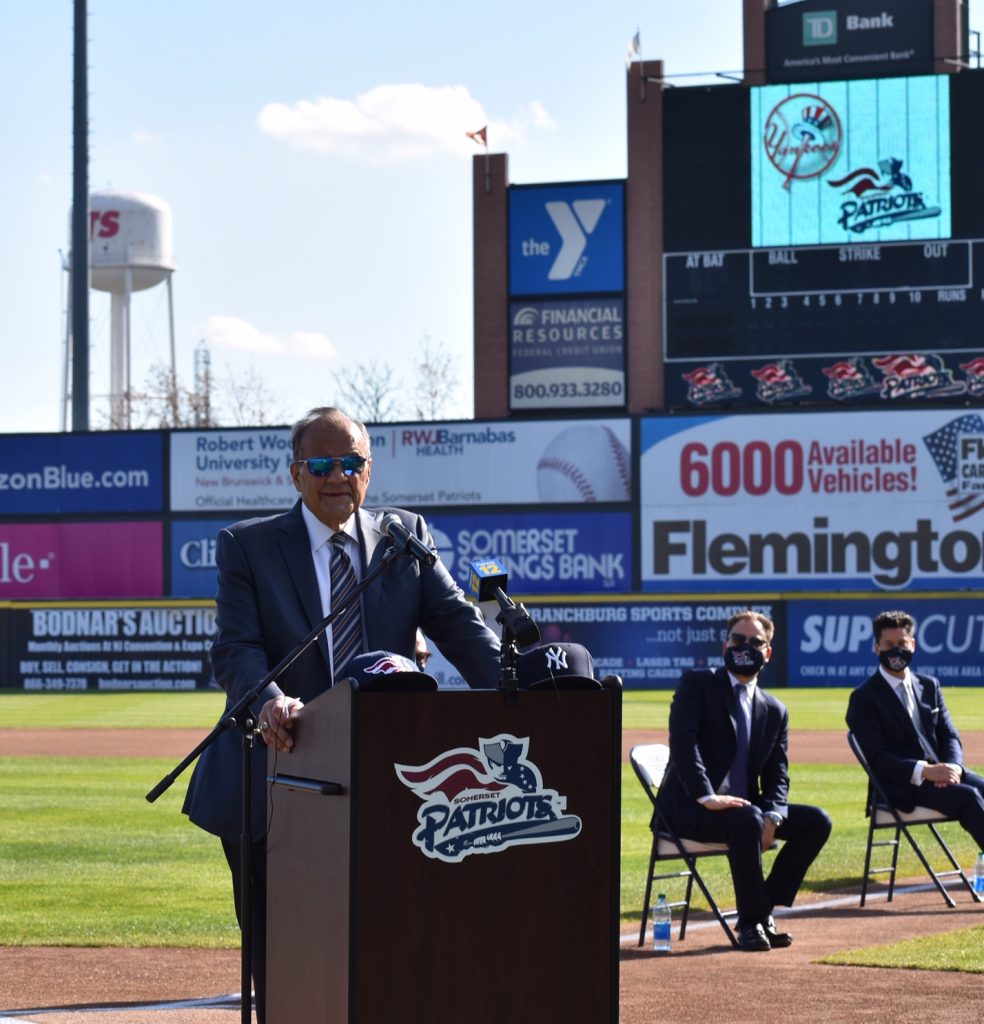 As nasty as the Trenton and Yankees dissolution has been carried out in public, the marriage with Somerset is the stuff that dreams are made of, really. Player development contracts expire and affiliations change quite frequently in minor league baseball but rarely does a major league organization opt to find a home with an independent ball club under the same umbrella of partners and ownership. A jump like this is somewhat unprecedented but may become more common now that the previous rules and regulations under the now-expired MLB and MiLB agreement are now a thing of the past. Independent organizations in both Sugar Land and St.Paul are rumored to be making the same historic jump that Somerset has made.

“I think George Steinbrenner would have been very proud of this marriage based on the fact that he liked winners,” said MLB Chief Baseball Officer and Yankees managerial legend Joe Torre, who was on hand as a guest speaker at Tuesday’s press conference. “This ballclub and this organization and this ballpark have seen its share of winners.”

“This is historic, folks,” Torre added. “The New York Yankees, whether you love them or you hate them, you aways respected what they have accomplished and how often they have done that.”

Winners they are. Not only were the Patriots winners of six Atlantic League championships and 13 division titles during their run as an independent franchisee, but they have also drawn over 7.5 million fans through their gates since opening for business in June of 1999; a mark near the top in all of independent baseball during that stretch.

“We were perfectly successful in the Atlantic League,” said Chairman Emeritus Steve Kalafer. “Always tops in attendance, usually tops in win and loss records and certainly tops in fan satisfaction; we were happy. Then came along the New York Yankees and through this partnership, we have agreed to make this the state-of-the-art minor league facility so that every ballplayer that comes through here will be able to reach their maximum potential.”

Kalafer stated formal documentation was being finalized between the two parties, but once everything is wrapped up, their player development contract with the Yankees is expected to be a 10-year pact. 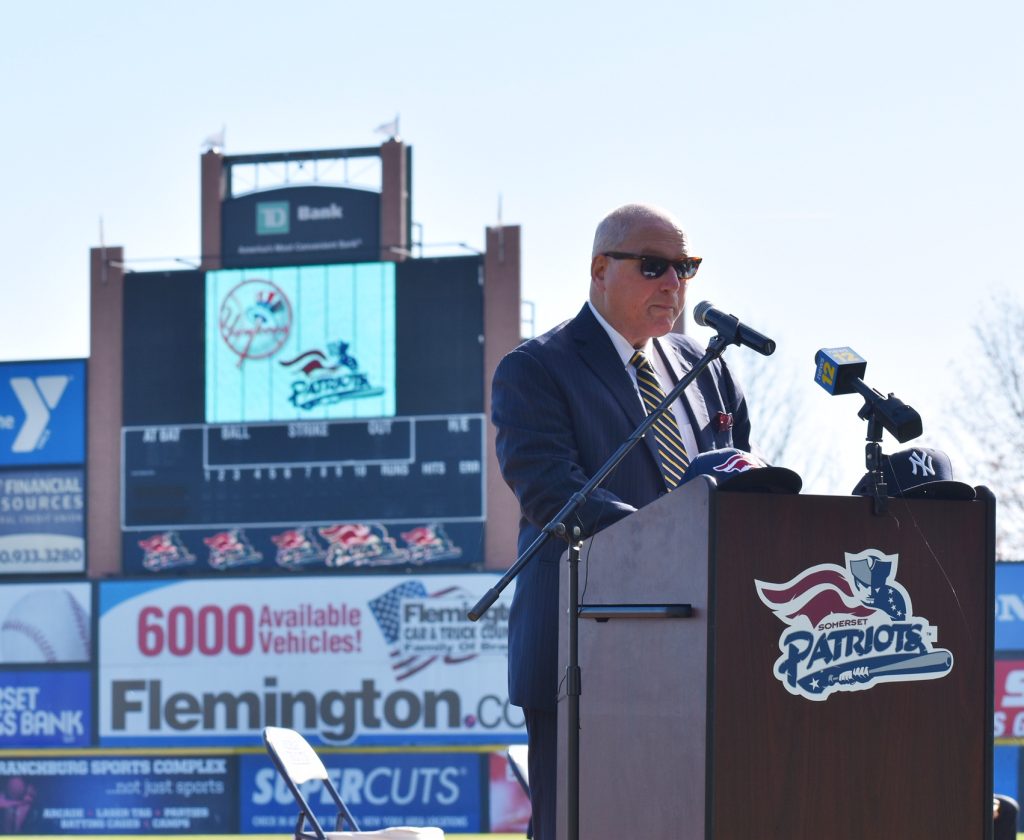 With new minimum minor league stadium specifications handed down by MLB as part of this shuffle, many organizations will now be forced to invest significant funds to meet those requirements. Kalafer says the Patriots are prepared to make the plethora of hefty long term pledges. Changing all of the stadium lighting to LED quality, renovating and expanding both clubhouses, adding a new area for batting cages and expanding the bullpens with roofing structures above are among the projects on the docket.

TD Bank Ballpark can hold 6,100 fans and is just a 53-mile trip to Yankee Stadium, which can be managed in about an hour (without traffic considerations). The park also offers direct rail service to New York City via the Raritan Valley train line. The Bridgewater train station is located just beyond the left-field wall of the ballpark and the tracks run parallel with the right-field wall. I would count on more than a few homers landing along the rails.

“We expect those improvements, ninety-percent of them, to be done by opening day,” Kalafer admitted. “That is our commitment to the Yankees and what we plan to do. We are customizing our baseball operations to the specifications of the New York Yankees without any deviations.”