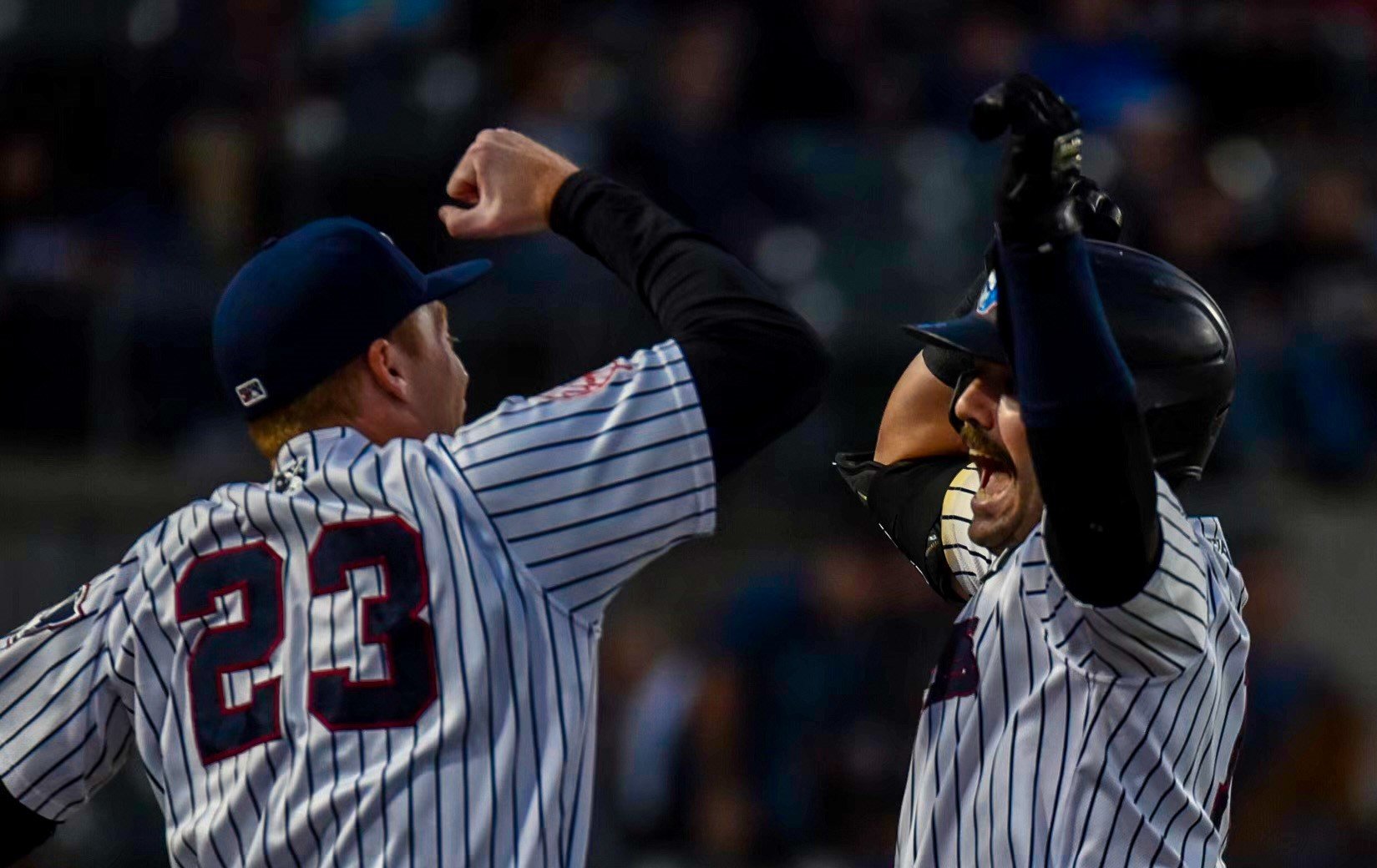 The winner of the 2022 Eastern League championship will be crowned on Wednesday night at TD Bank Ballpark. That is now a certainty and not preliminary after the Patriots used three homers and dominant pitching to get themselves off the ropes and back into the ELCS by staving off elimination in game two with a 9-2 victory over the Erie SeaWolves on Tuesday night.

Somerset has fought through adversity and tough situations all season long; the win-or-go home hole that they fell into after a tough 6-5 game one loss in Erie last Saturday seemed almost fitting for this squad. All afternoon, the team looked poised and confident and certainly didn’t carry themselves like a bunch that was ready to pack their bags and scatter their separate ways. Cool, calm and collected is how I would describe the energy and they certainly brought that moxie to the field with them.

“It’s a relentless bunch,” said manager Dan Fiorito of his team following the win. “We have said it all year; we saw it in the comebacks in the first series and with our backs against the wall today, we came out fighting.”

Making just his fifth Double-A start, the Patriots sent 22-year-old righty Yoendrys Gomez to the bump looking to stifle an Erie offense that has been hot of late. It was clear from jump street that Gomez had his good stuff – he had strong life to his mid-90’s fastball, and he spotted it around the zone with pinpoint precision. Gomez fanned three and worked around a tough error in a scoreless first frame. 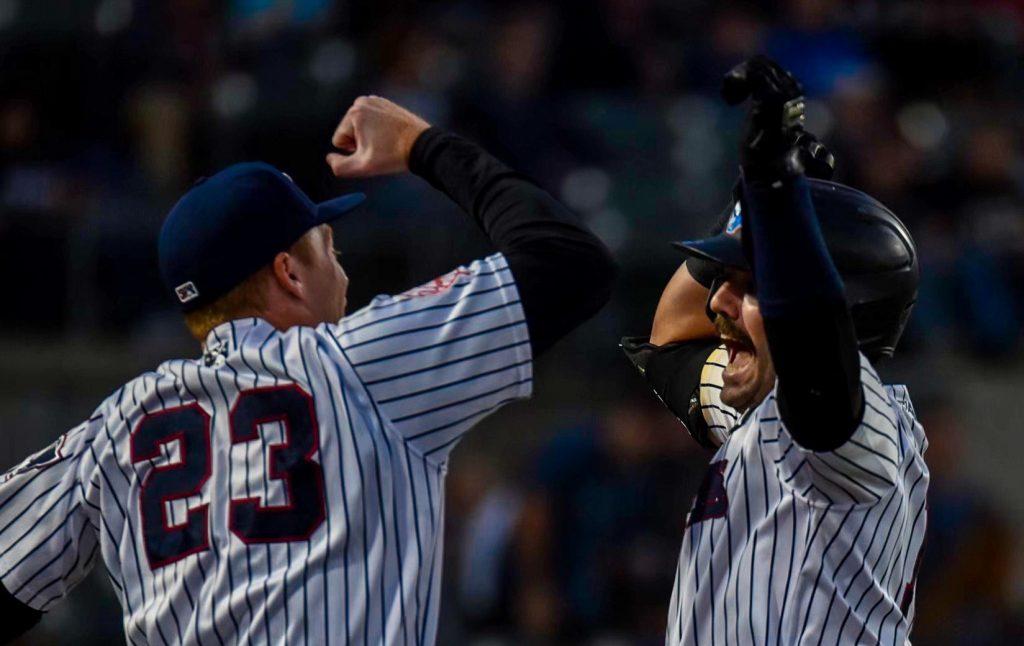 In the bottom half of the frame, the Patriots first five batters reached base safely, highlighted by a no doubt, three-run homer onto the railroad tracks just beyond the right field wall by catcher Austin Wells to give Somerset a quick 3-0 lead and placed the momentum squarely on their side. Second baseman Jesus Bastidas would tack on another run on a sacrifice fly to put the Patriots ahead 4-0 after one.

“We wanted to come out and make a statement early,” said Wells. “I felt like we should have won the last game; we had a lot of confidence going into the game and it was great to jump ahead early.”

“That first inning was huge,” admitted Fiorito. “Wells with that three-run homer kind of set the tone for us and Gomez went out and threw a great game for us. In a game like today that is win-or-go home for us, getting out to a lead there was crucial. I felt like we did a great job of keeping our foot on the gas the whole game.”

Just when it looked like Somerset might have some early breathing room, Gomez surrendered a two-out, two-run homer to Corey Joyce to put Erie right back into the thick of things by narrowing the Patriots lead to just 4-2 in the second.

Before you could even blink an eye, outfielder Jasson Dominguez hit a missile-like two-run homer to the batter’s eye in dead center field to once again give the Patriots a four-run advantage. Following a line drive single by Wells, outfielder Elijah Dunham also took one deep to the railroad tracks in right to bust the game open and put Somerset ahead for good. Seven of the nine Patriot hitters recorded at least one hit, five of them compiled multi-hit efforts in the victory. 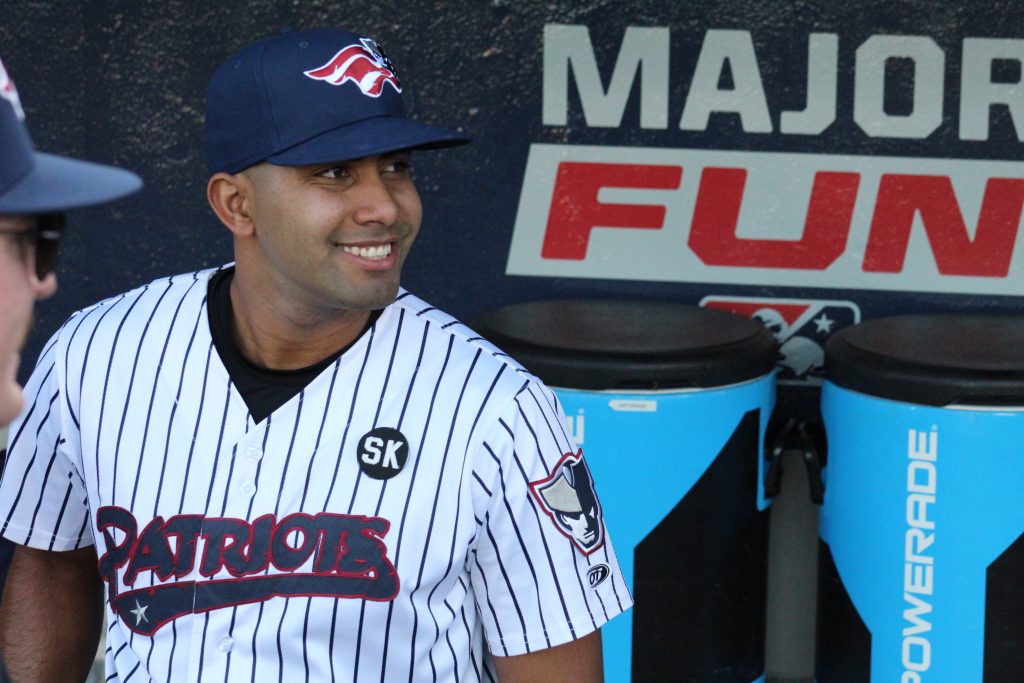 Aside from the lone blemish to his line in the second inning, Gomez settled in nicely and gave the Patriots a much-needed quality outing when they needed it most. He allowed just two earned runs on two hits while walking just one and striking out six; Gomez tossed 63 pitches (42 strikes) and was pulled after five strong innings.

“It was awesome to see,” said Fiorito in regard to Gomez performance. “I felt like the biggest thing for him was that he came out attacking with the fastball and he was landing breaking balls early. He really set the tone for us and the whole dugout, the whole team kind of fed off of him. He was the guy that we really wanted out there tonight and it worked out great; he threw the ball really well.” 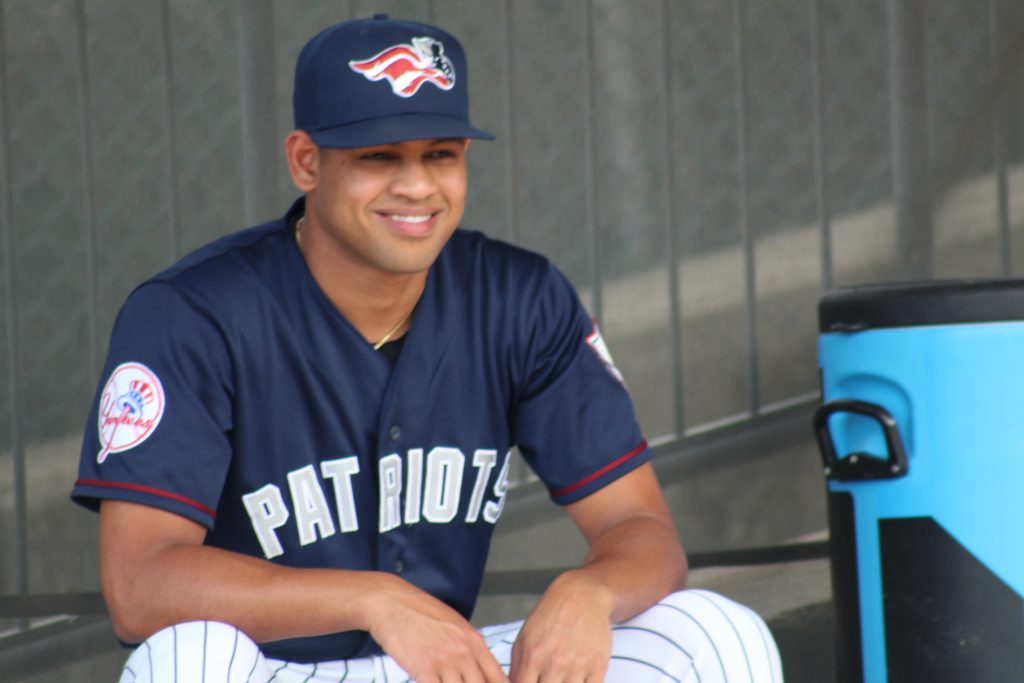 The bullpen trio of Barret Loseke, Emmanuel Ramirez and Carlos Espinal teamed to toss four innings of shutout ball – they allowed just two hits while fanning seven batters to lock down the back end of the Patriots 9-2 victory. The win now forces a winner-take-all game three tomorrow night with Somerset hoping to capture their first ever championship in affiliated baseball after signing on as the Yankees Double-A affiliate last season. Right-hander Randy Vasquez is expected to take the ball for Patriots with all of the marbles on the line; the 23-year-old right-hander spent the entire campaign with Somerset and led the team in ERA (3.90), strikeouts (120), WHIP (1.27) and innings. Vasquez started the playoff opener on the road at Portland and earned the win after allowing just three earned over 5 2/3 innings last Tuesday.