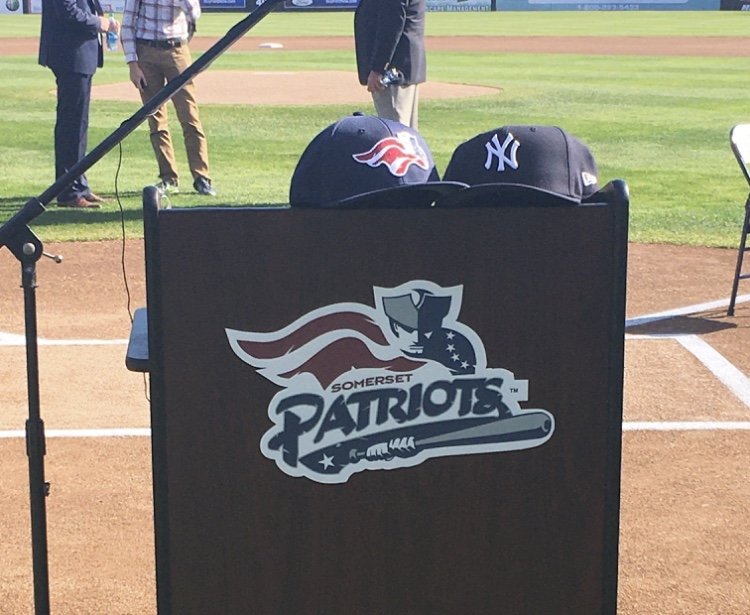 On Tuesday afternoon, Somerset unveiled their inaugural 120 game schedule as a Yankees affiliate for the 2021 campaign. The slate will kick off on Tuesday, May 4th when the Patriots welcome in the Harrisburg Senators (Nationals) to TD Bank Ballpark in Bridgewater and concludes on Sunday, September 19 on the road in Akron (Indians).

When minor league baseball was last played in 2019, the schedule was set up in a dramatically different format than the newly realigned version. With the concept of limiting potential travel during the COVID-19 pandemic, the Patriots are scheduled to play 20 six-game series that will be played from Tuesday-Sunday with Monday serving as a league wide off day throughout the season. Each team will have 60 games at home and on the road.

Somerset will square off with Harrisburg, Akron, Bowie (Orioles), Altoona (Pirates), Erie (Tigers), Richmond (Giants), Reading (Phillies), New Hampshire (Blue Jays), Portland (Red Sox) and Hartford (Rockies) a total of 12 times each. Noticeably absent from the season schedule is Binghamton (Mets), who are the lone league affiliate that the Patriots are not currently scheduled to square off with in 2021.

“Each step closer to the season makes the past few months since the Yankees announcement seem that much more real,” said Somerset Patriots President/General Manager Patrick McVerry via statement released by the team. “Seeing our names alongside these great minor league franchises we’ve admired for a long time is an honor we don’t take for granted. Our fans will enjoy the experiences they’ve come to love at our ballpark, now enhanced by the top prospects of the Yankees. It’s going to be an unbelievable summer.”

While start times have yet to be announced, merely seeing the schedule in print gives fans have much to be excited about. It feels like a semblance of normalcy returning back to Somerset County; by the time Opening Day in May rolls around, fans will gone nearly 20 months without any live affiliated minor league action.

Even though details about actually attending games in the ballpark remain shrouded in uncertainty, the Patriots announced earlier in the week that they have already eclipsed 1,000 new season ticket deposits for the teams first year as an affiliate of a parent major league club. Excitement is definitely spewing in Somerset County and in just a few weeks, they will be able to catch the next wave of Baby Bombers in their own backyard.

The entire Patriots 2021 Schedule can be found below. 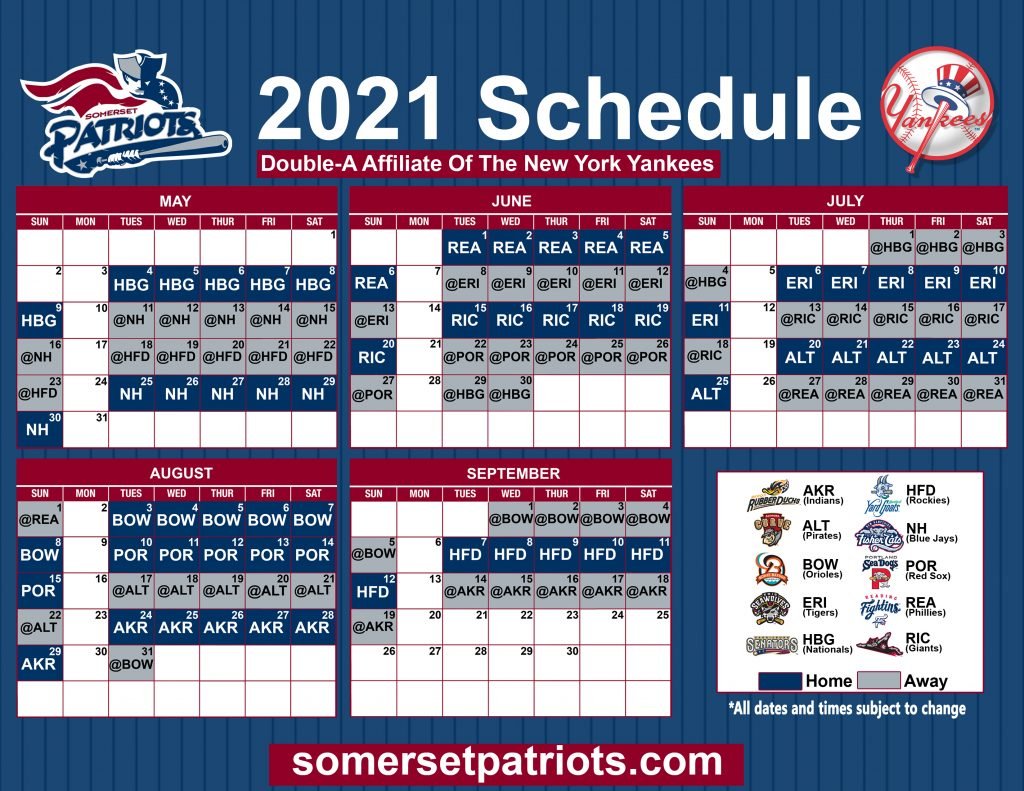